Is Technology Turning us into Zombies?

Technology has slithered into human lives and captured every aspect of the waking hour, from using a calculator to double-checking the calculation of 5+3 to finding more than 8 matches on Tinder (if photo filters have been used accordingly). 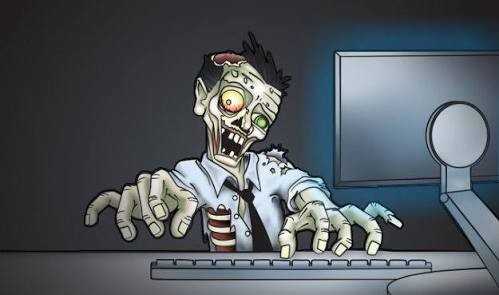 Jokes apart, in fact, digital communication has been used by the public for over 60 years, both in regards to business and university settings. The idea that technology is pushing the majority towards the brink of a zombie apocalypse is highly rampant and renders most users looking up ways to find meditating apps on the phone to stay more present.

Despite increasing worries surrounding the overuse of technology, digitization has created multiple platforms, ensuring people are more informed which is a considerable argument against the ideology that it is turning people into zombies.

However, I'm here not to justify the veracity that digitization has not only made lives easier but has allowed many people to come far from becoming a monotonous living-dead. I'd like to initiate a precise discussion regarding the use of technology and its positive effect on individuals as seen in the present days and also in my personal life.

The term “digital zombies” always make people uncomfortable, since nobody wants to be related to a mindless entity that is the prime target of destruction in movies.

Although, fact remains that more than half the population are unable to detach themselves from their gadgets. The relation between IT integration and productivity in the workplace has shown an affirmative relationship between productivity and IT investments.

Social media usage can have both negative and positive effects as most things do, but considerable positive notions regarding various social issues have come to light owing to the vast number of internet users, waking people up to the multi-faceted aspect of the world we live in.

Back in 2014, a group of three men decided to raise awareness online for the debilitating disease called Amyotrophic Lateral Sclerosis (ALS). At least 17 million people participated in the challenge by donating to the cause and helping raise further awareness of the disease that many were oblivious to in the first place.

Hence, the vast use of technology has demonstrated imperative and proven results in regards to bringing forth positive impact surrounding social awareness. This establishes the encouraging concept that social media is furthering our need to reach out to people who reside in every corner of the world and awaken us to the numerous possibilities that lay ahead of us, bringing us closer to the likes of becoming more aware than becoming zombies.

Henceforth, isn't it technology that has allowed people to wake up to the world we live in, rather than shutting off mindlessly like a zombie?

Rather than tagging technology as good or bad, I like to see it as a tool that can be used in either way. Also, there is no going back in terms of technological advancement. We will eventually become one with technology. There is a techno-biological evolution taking place-- the first of its kind.

You are right, there is no going back.
I guess I made it clear how technology is helping us creating awareness and spreading positivity even after keeping ourselves attached to it like glue holds broken pieces together.

Congratulations @r-nyn! You have completed the following achievement on the Hive blockchain and have been rewarded with new badge(s) :

Like a lot of things, Technology has a good and a bad aspect.
Some parts of it are really made to transform everyone into zombies. I thinks of any social media with algorhythms to keep us on the platform to sell the more ads possible.

But there is also a lot of other parts that are here to help and are even encouraging our creativity. I think of applications like Photoshop that are made for artisits, but also of Hive and platform claiming a proof of brain activity, to make people share and create !
!PIZZA

@r-nyn! I sent you a slice of $PIZZA on behalf of @ykretz.