Is technology limiting our creativity?

In the last post, I tried to focus on technological aggression on the generation and if it is somewhat related to techno-biological depiction aka teach-zombie.

However, as I believe, despite having our actions more like a zombie, using technology can be a good cause for humanity and positivity. Inspired by the theme, I'd like to present you with another technology-related discussion and expecting criticisms from you folks! 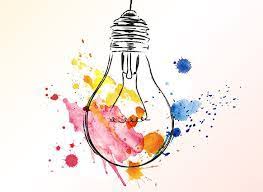 Imagination is more important than knowledge, as once stated by Albert Einstein, truly captures the prominence of creativity.

Moreover, isn't it creativity that ignited the first spark and made it into fire back in ancient ages or that of Edison who invented the electric bulb?

Some people believe that there are a number of factors that obstruct our creativity and among them, technology is one. Despite claims that technology impedes creativity, it can modernize the method of personal expression, not only in the sector of arts but also in our social, economic and political development.

Technology has not only accelerated creativity in all aspects of our life but continuously nurturing it for better efficiency.

Creativity is a crucial element for applying any kind of knowledge in any field. Only gaining expertise cannot help an individual in the long run. It is also evident that, creativity is enhancing technological change was fruitful in increasing the production of scientific knowledge.

However, occasionally in some cases it is observed that the creative thinking process can be damaged by the ultra-easiness technology provides. For instance, you can only use the internet as a medium for gathering resources in a short amount of time rather than going through multiple sources of information.

Thus, it can be said that the use of technology enhances creativity, but it should be used as a means to nurture it not replace it. For example, in Japan, a number of artists use modern tools, such as, digital tablets and software to draw their graphic novels and manga, which in previous times would have been time-consuming.

If we look carefully even into our daily life, we'll identify numerous aspects of technology that are making us creative. But, it is also evident that our creativity depends on how we use them.

Hence, I'm in support of the fact that technology will continue boosting our creativity as long as we use it for productive purposes and not just to be too dependent on it.

In fact, technology and creativity are closely associated with each other and in no way hinders creativity rather supports and promotes each other.

Congratulations @r-nyn! You have completed the following achievement on the Hive blockchain and have been rewarded with new badge(s) :

Just so we don't forget, creativity brought technology in the first place. Edison used his own creativity to invent the electric bulb, I am sure there wasn't any technology then that helped him think of such a useful idea.

So like you said, technology doesn't limit creativity so long it's used in a positive way and that is not depending solely on it.

Nice post @r-nyn I learnt a lot from this, thanks for sharing with us.

I am glad you find it useful.
Technology itself is devoid of creativity if we do not ask it to be so. Even AI is the child of a highly creative brain and mind, so, there is no way our creativity is dependent on technology rather we are using to to become more creative.