sahiba-rana in Architecture+Design • 2 years ago (edited) 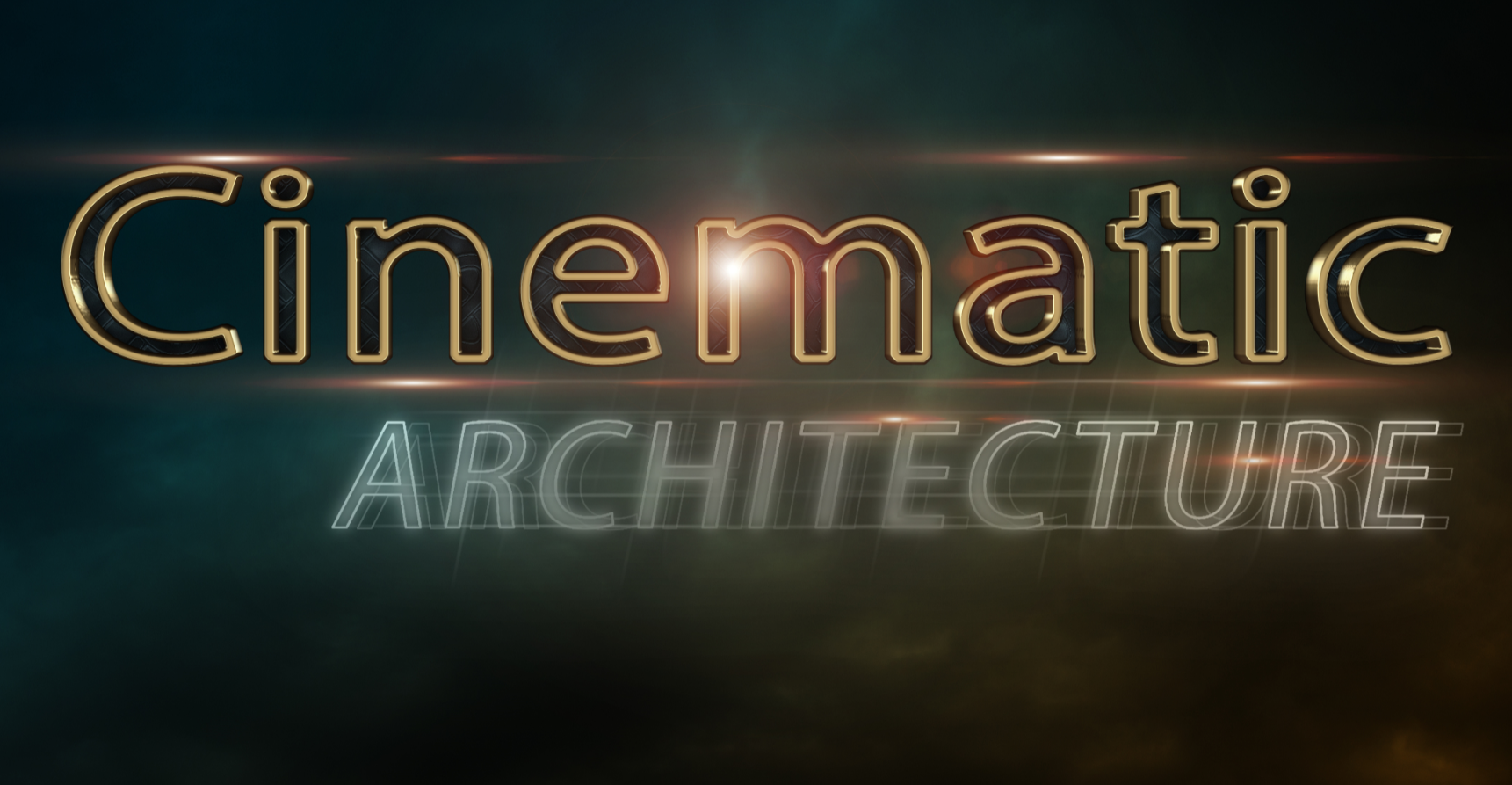 What genre do you prefer in a movie? Sci-fi, drama, romantic, comedy etc are the top preferences. Being curious about specific kinds of movies it's always interesting to dig a little more into what went to create such cinema.
Having bucket full of movies, let's start by one of the head scratcher- Inception It's an old classic, hard to understand and needs super strong concentration. Watched it or not, one would find some facts to be really interesting.
First of all an Architect was deployed to work for the cons to place idea into someone's dream since they are the gateway to subconsciousness. How interesting is the story line which fall straight into creative imagination of Christopher Nolan and led him and his team to create this masterpiece.

What I found to be interesting was the master con through a machine which let people dream together and be in it. Let's skip the plot and jump straight into why I bought this movie under "Cinematic Architecture" subject.

First of all the dream she (Ariadne- the architecture college student who is hired by Dom the cop played by Leonardo DiCaprio) needs to design should be in form of maze, Yup like one end in and another out. here dream is nothing cloudy and beautiful, it's like reality but burn into subconsciousness. Simply she needed the places, structures and people to be there in her imagination to create a real life dream.
The Penrow steps- Paradoxical Architecture 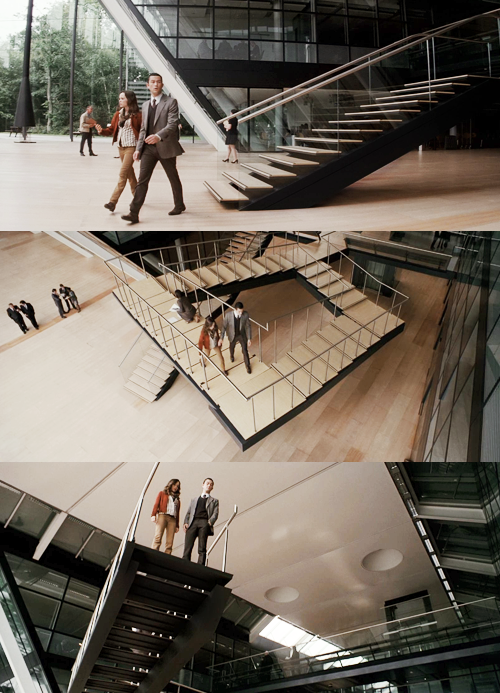 Do anyone recall Harry potter's Hogwarts? Not exactly but somehow similar These were used to teach Adriane on how to construct pieces in maze .
These staircases are somehow impractical but own a fair share of space in art and two renowned mathematicians coined these staircase after a Dutch artist Esher's work on the steps which are hence used for art work and cinema. The most interesting aspect is that Christopher Nolan made most of his sets practically instead of relying on VFX and green curtains more.

Also taking inspiration from the bridge which turn to the 90 degrees parting from the middle to let large ships pass through. The zero gravity concept came in and a cubical almost mirrored city was created, okay that's obviously by the help of technology.

The car chase scene which was one among the 4 types of dreams has a distinguished Dusty Greyish tone to the entire shot which was shot in sunny LA with artificial rain.

Src
Can you identify the changing color schematic to make the scene different, so this hotel's sequel within the dream had two thing notable- the first one is the warm orangish- yellow tone and another one is the zero gravity. 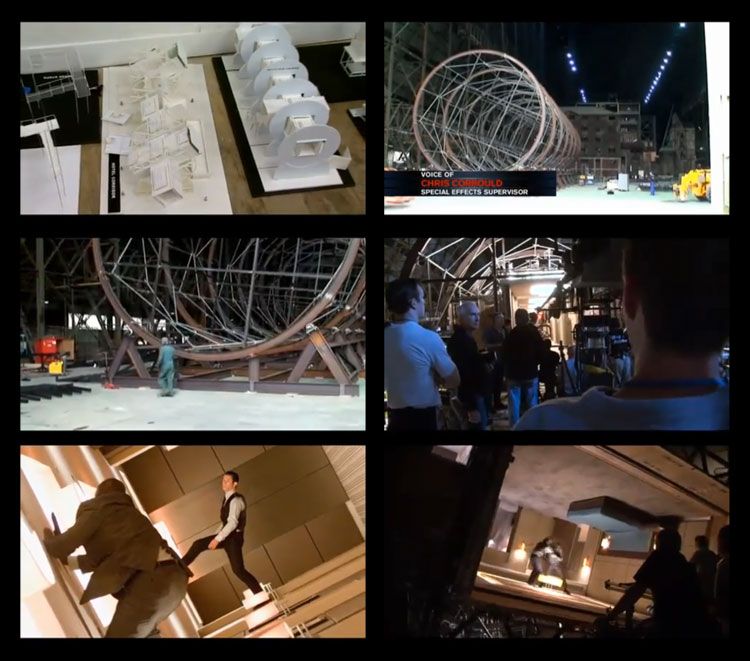 How interestingly, with help of steel frame structure and everything to mount boards to card board cabinets, and the glued fake furniture. The cast had to wear harness and conduct the scene. That depicts the grant level of cinematic Architecture, let's get to another scene

Src
The next scene is totally whitish with its monochromatic hues and tones. It was set into the hilly area into some real fortress which was similar but not exactly grand as shown in the film.
For it;s last scene again a set was created as it have to be destroyed by the fire so everything was shot on small scale model , which was created by art team, here's how it looked- 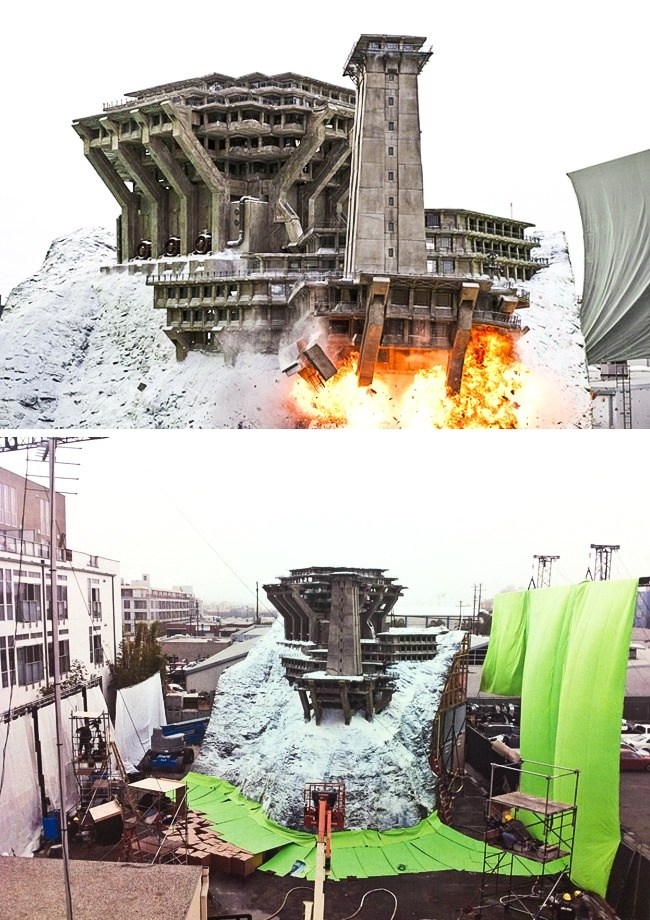 Src
The limbo city, Imaginative home of Dom and his Late Wife. It was all ultra modern and super distinctive.

It had the homes where they lived in and the city they want to live in like a past and future's mixture where they lost the grip of present. 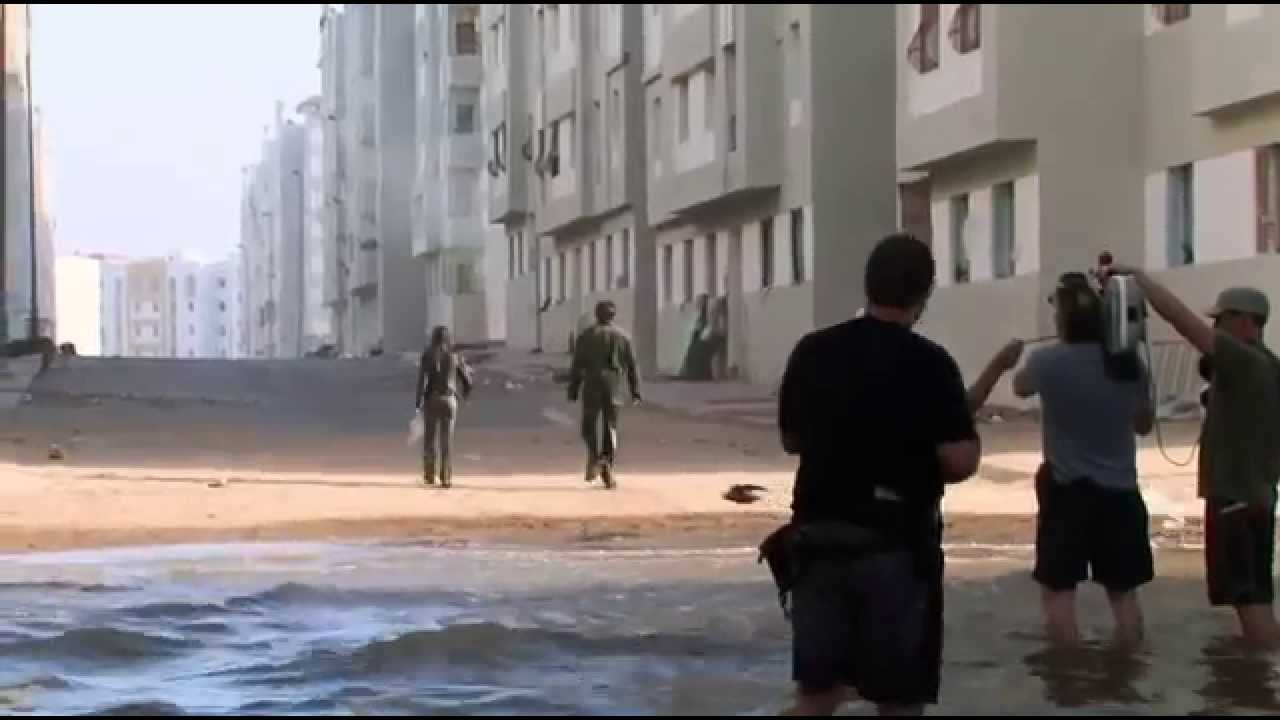 Src
It was partially shot in some Morocco's abandoned apartments but later with some added effects many distinguished structures were seen being demolishing into ocean.

Since a film includes screenplay, cinematography, vfx team, casting, directors etc but I am here to give some insights on the architecture used in cinema from creative director's way and thoughts involved. It's actually a huge deal talki8ng about a film of such a large scale.
We all are aware of Sci-Fi movies such as Marvel and DC's world. I am a huge fan, Are you?
But we all are aware of the creative sets and imaginative architecture in the movies like Iron man, Thor, Black Panther, Avengers, Batman and so on.
Not just talking about the superheroes but the set of the films, the false temporary structures and the effects are all possible by us humans and it's always interesting to learn one or the other new thing every now and then. 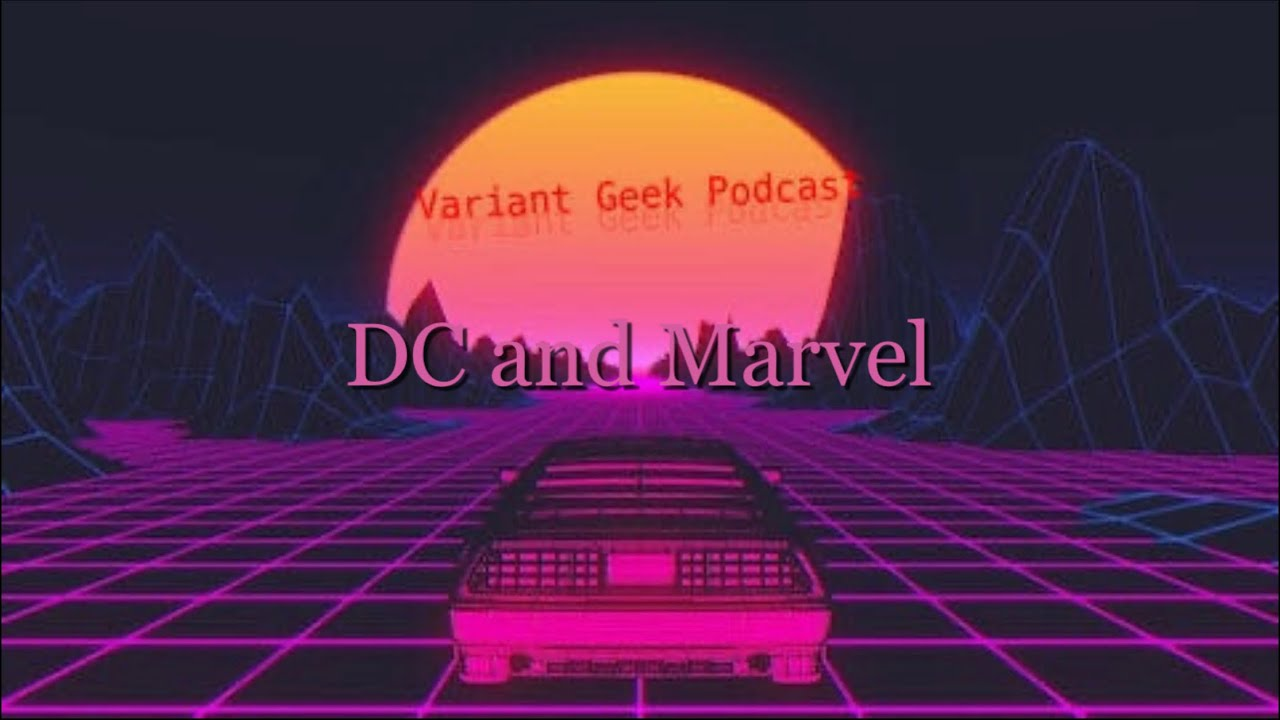 There was a project of model making in one of our semester, we were free to choose whatever we want to, My few of classmates choose Eiffel tower, Falling Waters and such. But I and my group of 4 of my friends choose Tony Stark's house (Iron Man) to make.
It was supper crazy and fun since it isn't present in real life so it turned out to be more fun.

I just cannot justify the subject within the single blog, since I gathered lot more information of the cinematic architecture of Marvel and DC so I would like to start a series of few blogs on Cinematic Architecture.

So, stay tuned for some blasting information of Architecture's world in Cinema of Superheroes!

I hope a series is interesting to start, If you have other views please share:)

I found your post quite interesting to read. It made me see how sometimes we take for granted the art behind the script or the actors' performance, and that it also lies in elements such as special effects and set design, which together can make for an excellent film.

Hey @nicxi
Absolutely, it takes a lot to deliver a film, it's always not just the actors but lot more than that. Thank you for appreciating, hope you have a lovely day:)

This is a very interesting post! Film set design is an adventurous field to explore. It's a whole different ball game in my opinion in terms of complexity and technicality, how they manage scale for instance to create illusions on film. Lighting is another. I remember watching this film and was instantly drawn to the hypercreative set design and effects.

Hi @discoveringarni, absolutely there's lot of efforts that goes into set design, To consider all the temporary, economical and lightweight alternatives for real objects.
Thank you for appreciating, hope you're staying healthy:)

One of my favorite movie so far... :D

Hey @priyanarc, that's so cool! I too find it best:)
Thank you for stopping by, have a nice evening!

First of all, I appreciate that you published this post, I like it a lot, it is incredible how you take me through the entire architectural process of this film, and not only that, but the selection of the film was very correct taking into account the theme of architecture , within dreams, a very smart choice for edta community, thanks for the architectural details of the recording, this post motivates me also publish something about film architecture, successes.

Hey @mundomanaure Thank you so much for appreciating, indeed a lot goes into making a film.
Hope you have a wonderful week:)

This is an interesting write up. Production designs on films gives us a visual illusion ( relative to scale). It was a good read. Thank you for sharing, @sahiba-rana! !PIZZA

@sahiba-rana! I sent you a slice of $PIZZA on behalf of @juecoree.

Hey @juecoree thanks for appreciating, indeed this was an interesting subject to write about.
Hope you are enjoying the day:)

Architecture is very much alive in the world of motion pictures! This is clear evidence that indicates the broad flexibility of the profession and how it benefits the business of creating films. Looking forward to experiencing more interesting content about cinematic architecture in your upcoming posts. Have a safe and wonderful day @sahiba-rana!

Hey @storiesoferne Thank you for reading and appreciating! It's interesting how this field is wide spread across.
Hope this series will unfold different aspects.
Thank you and wish you a good day too:)

Hello @feiderman Thank you for appreciating, Hope you have a happy week:)

Inception was a fantastic film and I'm a big Sci fi buff. How good was the cinematic universe created for that film. Loved how it rushed around in multiple cities and we got a look at different cultures and buildings. Amazing stuff