nevies in The City of Neoxian • last year 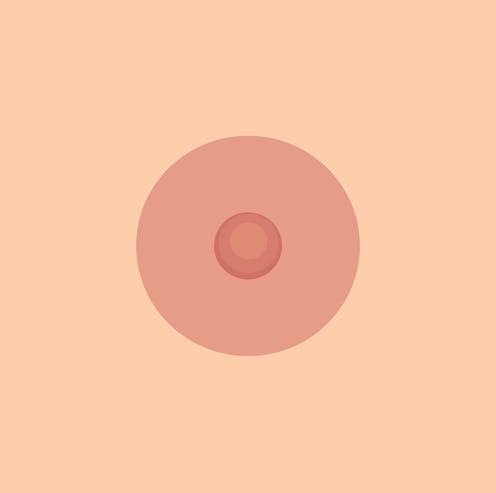 Over the course of human history, male nipples have been at the receiving end of extremely bad press. It has been trolled, misrepresented, neglected, derided and falsely convicted. This little exposition we're about to look into would show you how much even the highly educated is ignorant about the topic of the male nipples and all the misrepresentation and wrongs many including the highly educated has gone on to do as a result of this ignorance.

So, over the years I have come to find that male nipples are being considered a useless organ. People say it all the time, 'male nipples have no function', 'male nipples are useless', 'why do men have nipples? What are they used for?' There is even a book about questions people ask doctors tittled: Why Do Men Have Nipples? (Hundreds Of Questions You'd Only Ask A Doctor After Your Third Martini) By Mark Leyner and Billy Goldberg, M.D.

Also if you've watched Game of Thrones (GOT), you might remember the scene where the dragon queen wanted to buy the slave army called 'the unsullied'. The master of the army wanted to show her how loyal the soldiers are so he cut off a nipple from one of them and the soldier whose nipple was cut didn't react to the pain. The master then said that a man has no need for nipples anyway.

Then even in many educated forums like science blogs, magazines, etc they still have articles saying the male nipples have no uses nor need for existence. In Business Insider's article about useless body parts the male nipple is listed. In Livescience .com's article about the same thing, male nipples featured. In Independent .co .uk. the article called '7 Useless Body Parts we no Longer Need' named male nipples among them. Like all the other write-ups ever written out there with a similar tittle mentioned male nipples too.

You see the strength and number of opinions/assertions stating that male nipples are useless? You probably even held this same opinion before meeting this write-up you're reading now. But in all these, readers, the truth remains that the male nipple is very verrry far from being useless! Infact it is one of the most important organs out there. Why? Because it is sexually sensitive and stimulating it by touching, licking or sucking gives a lot of sexual pleasure to most men.

The Male nipples? Yes, the male nipples. The nipples of a good percentage of men are sexually sensitive and gives these men sexual pleasure when touched and stimulated. Here is a study carried out by Levin R and Meston C. found in the Journal of Sex Medicine. It says:

The role of nipple/breast stimulation in influencing sexual arousal in men and women during lovemaking has only been the subject of opinion-based comment rather than evidence-based study. No attempt to question people about such sexual behavior has ever been undertaken.'

In this study a questionnaire about nipple/breast stimulation during sexual activity was given to 301 (148 men; 153 women) sexually experienced undergraduates (age range 17-29 years, 95% between 18 and 22). At the end 51.7% men reported that nipple stimulation caused or enhanced their sexual arousal, 39% agreed that when sexually aroused such manipulation increased their arousal, only 17.1% had asked to have their nipples stimulated.

In shorter words: Manipulation of the nipples/breasts causes or enhances sexual arousal in approximately 82% of young women and 52% of young men.

52% of men! 52% of men out of 148 randomly chosen men is such a high number. So 52% of men get sexual pleasure when their nipples are touched, licked or sucked and yet everywhere is filled with jokes and assertions that the male nipples are useless?

Well, the simple reason why such a relevant organ gets this kind of misrespresentation is IGNORANCE. Most people don't know how sexually pleasureable and sensitive the male nipple is. Also, I've come to find that men with sensitive nipples are quite shy about it. They see sensitive nipples as a feminine trait and an unmanly thing, that's why they don't come out to debunk all the talk about the male nipples being useless. And they also don't come out to talk about male nipples being pleasurable at all. You see in the study above how only 17% of men out of the 52% had asked to have their nipples stimulated? That is that shyness thing I'm talking about.

Now we've learnt how important the male nipples are. We should correct the misconception about them. Then, the men with sensitive nipples should learn to not be shy but enjoy this gift bestowed upon them by nature. Ask your partners to give you this treat. Men who think their nipples are not sensitive, check again, you might be part of the 52% without knowing.

Then for the female reader, you've been let in on some good information and 'industry secret😀'. Find out if your man gets pleasure from his nipples being manipulated, if he does, always give him this treat, this can make you a lot more special in his eyes. Remember to thank me later.

Congratulations @nevies! You have completed the following achievement on the Hive blockchain and have been rewarded with new badge(s) :