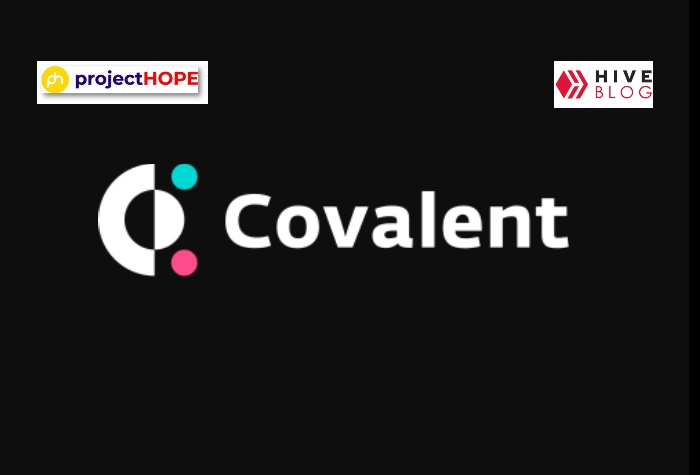 Greetings friends, I recently made a publication about my desire to invest in the clover ICO through coinlist, unfortunately I could not do it because I did not receive the identity confirmation, which I received today and as there was another ICO available I proceeded to make one research, it seemed like a good project to me and I wanted to buy the ICO unfortunately, the registration time was over, the ICO is about the covalent project. source
Application Programming Interface, abbreviated API is what basically is covalent is a project that aims to make two blockchain networks communicate, the idea is that all commission costs go down considerably, so many have good expectations about the project because at Being approved by coinlist means that it is functional and if this idea works it is guaranteed economic success.

Covalent takes advantage of big data technology that is about massive data processing is a booming technology, and it achieves it thanks to its API, the most common example that developers have given is that it is as if you were writing on Facebook and at the same time giving you the Option, only if you want, for that comment to appear on your twitter.

Covalent claims to have complete granular visibility, which gives it the vision of almost all blockchains, supports multiple blockchains Covalent claims to support 7 different blockchains which would help to reduce the development time of certain projects from weeks to days something that is very helpfull, and the strong point of covalent is that developers will be able to create their own API points and make them available. I think that covalent is a great opportunity for investment, although I could not buy in the ICO, it would not be bad to buy some CQT tokens, covalent suggests that it is not necessary to know about blokchain programming so the API will work as a smartcontract which facilitates the use. So lately a lot of projects are targeting low commissions between blockchains, I think that will benefit the community.