pinedaocl in Project HOPE • last year
Every day, mankind demands products derived from the countryside, However, its production involves a series of activities that require the investment of time and money, especially energy, a very valuable resource in all fields of production. In this sense, it has become necessary to use alternatives that allow to maintain in constant movement the productive processes and one of them is the use of solar energy, which provides multiple benefits, since it is an inexhaustible source and its availability is universal and free.
Power plant whit Photovoltaic Solar Panels 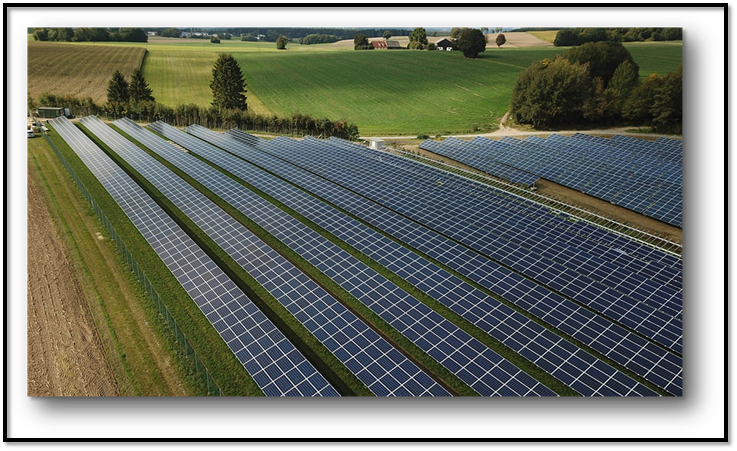 Public domain image Pixabay
Currently in Venezuela, due to the electricity crisis, the use of solar panels is being implemented as electric generators with photovoltaic cells accompanied by a current inverter that is capable of converting solar energy into electric energy, to be stored in a battery that is capable of keeping the electric fence circuit in the agricultural production units in operation.
Solar panels are responsible for transforming energy, thus providing the possibility of installing equipment that require electrical energy, not only electric fences, but also pumping systems in water wells, irrigation or cooling systems.
Solar collectors, according to some specialists, can work by photoelectric effect, the details of the interactions that generate this effect are complex, however, it is important to mention that the emission of electrons is produced by the collision that occurs between the photon of electromagnetic radiation and an electron on the collector surface.
In this same vein, and finally, it is important to point out that Venezuela is a privileged country, due to its geographical position in the equatorial strip, with a distribution of solar radiation throughout the year, a condition that favors the use of this technology.

Thanks for this information. I understand the many benefits solar systems can bring, and how it can help solve the power requirements problems. But I am wondering about its implementation. Even if prices went down significantly, I believe this is still costly. Therefore, the people needing this technology the most may not be able to afford the initial investments.

Hello @manuvert, excellent appreciation on the subject, certainly this technology is expensive, however in the South of Lake Maracaibo-Venezuela, being a border area has generated the possibility that some producers have access to electric fencing equipment with solar panels, as the need to keep afloat the production of milk and meat drives them to invest in it. To massify this technology it is necessary the support of the State, since the initial investment, as you rightly say, is highly expensive.
Thank you for your assessment, we will continue in the world of knowledge.

Greetings @pinedaocl, very interesting your publication because the Venezuelan agricultural sector has been affected in recent years by the electricity crisis, these solar panels have become a profitable solution for this sector, as you indicate not only used for electric fences, also for pumping systems, irrigation, cooling and lighting of production spaces.

Thank you for sharing this information, a hug friend.

Greetings dear @carlir, thank you in advance for your appreciation. Undoubtedly it is an alternative that can keep the productive systems of agricultural areas active, besides being an inexhaustible and environmentally friendly source of energy. A hug, we continue in the world of knowledge.

Greetings @ pinedaocl, Excellent information for the Venezuelan agricultural sectors, sometimes by the electrical difficulties of the country many producers have lost their producer for lack of refrigeration, this is a solution to the problem. This will greatly help the sector.

Thank you very much for sharing the information.

Hi @dgalan, nice to greet you. ¡Course!, it really is an alternative that gives producers the opportunity to keep the production system moving, and avoid the heavy losses that producers in our country have had to face in some opportunities, due to the electrical problems that have arisen in recent years. Thank you for sharing your appreciation, a hug. We continue in the world of knowledge.