Use of bacteria for electronic waste recycling

emiliomoron in Project HOPE • 9 months ago
A research group from the Environmental Microbiology Laboratory at the Technische Universität Bergakademie Freiberg has amazed everyone by demonstrating for the first time that biodismantling can be done by using bacteria to separate components from electronic waste. 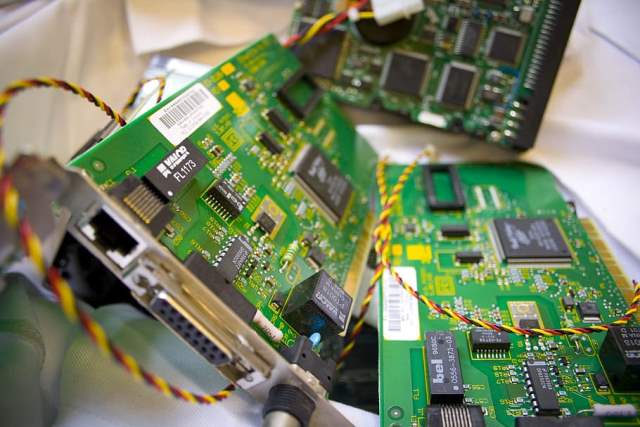 The results of this interesting experiment were published in the number 3, volume 5 of the journal MDPI Recycling. According to the data provided, an electronic plate was placed in a container filled with the bacterial solution under investigation, an aqueous solution containing the microorganism Acidithiobacillus ferrooxidans, and twenty days later, it was observed that the components of the plate had begun to detach from the circuit and fall to the bottom of the container.

Working imperceptibly at sight, this bacterium has the capacity to dissolve the solder by oxidizing the added iron, so that when the container is shaken, the components that make up the circuit, such as diodes, capacitors and resistors, are detached, leaving only the board itself, since it generally contains copper and in some cases gold.

The purpose is precisely to separate these components, since they contain strategically important elements, such as tantalum, ruthenium and gallium. Therefore, when they are separated from the plate, they can be classified later and treated separately. And from the solution, which contains the dissolved solder, the tin and silver used in the solder can also be purified in a subsequent treatment. This is why he has called the process "biodismantling". This new procedure is particularly attractive because it allows to recover elements of the rare earth group, which can hardly be recovered from this type of waste using the recycling methods known so far. It also has the advantage that these rare elements are enriched by sorting and extracting them by another process, such as solvent extraction; for example, studies showed that dysprosium could be enriched by a factor of 140 by biodismantling and further sorting the components, reaching a concentration almost comparable to that of the mineral from which it is extracted.

In the proven conventional processes for recycling electronic waste, printed circuit boards are shredded and chemically or thermally processed, so that in the end only those elements that were present in a high concentration can be recovered, and elements such as rare earths, present in low concentrations, can only be recovered by even more complex and expensive processes, whose energy cost simply does not make them viable.

In conclusion, this is a procedure that provides a great benefit, since instead of crushing and dissolving with some chemical all the components of the waste and only recovering some elements, the separation and subsequent classification is the most outstanding, since the components can thus be treated separately and other procedures can be applied according to each component to extract the constituent elements respectively, and they can be made available again to be used as raw material.

Hopefully, in the following stages of the research, the methods of classification and treatment of each component will be achieved, since if a way can be found to easily separate the components from the solution, this method can be used on a large scale, having for the first time an alternative with great potential to recover very important and rare elements from the electronic components.

I comment that the title of your article caught my attention, and I wanted to read in detail what it was about, thank you for socializing this kind of information and more when it is linked to the most recent reports about this ecological process of separating components in electronic devices through the use of biological organisms. Without a doubt, this is a great advance that will allow future recycling of materials that can be purified through this environmental cutting technique.

Greetings dear friend. Thanks to you for coming by and reading, I am pleased to share this kind of information with the community. Certainly this is a great advance, hopefully this technique will soon allow us to recover valuable materials of this kind.

Hello friend an interesting topic, the truth is that I did not know anything about it, as they say there every day you learn something new, thanks for sharing!

Greetings my friend, I'm glad you found new and interesting information. Thank you for coming by and reading.

Any resource that benefits to recycle and preserve the environment will always be a precious good, greetings and thanks for the information.

That's right my friend, it is very important to develop any method that allows us to save resources.