Elon Musk just made a presentation about Neuralink

dedicatedguy in Project HOPE • 2 years ago 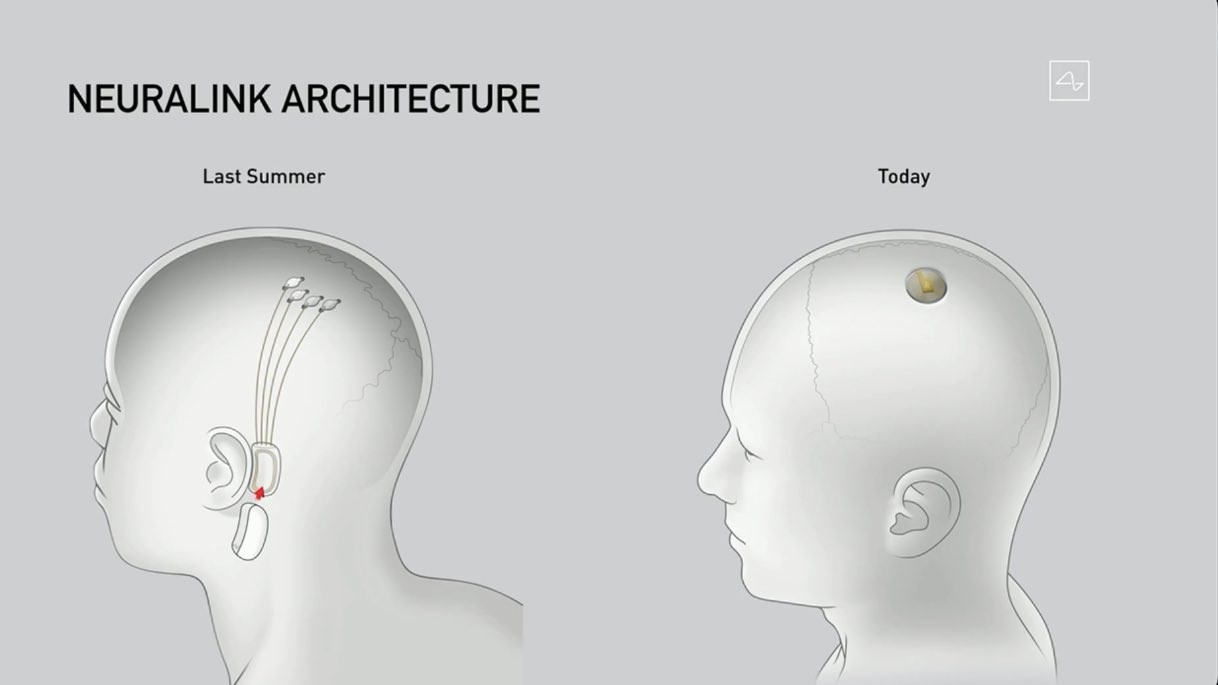 Neuralink is a company that is creating a method to implant a small device in people's heads that connects with their brain and allows them to enjoy all sorts of improvements. In today's presentation, they even shared a list of problems that could be solved in the future if this technology ends up being successful. One of the reasons Elon Musk decided to create this company, is because he is sure that AIs will eventually surpass humans in intelligence and leave us behind in the evolutionary race. His solution is to develop tools that could one day allow us to be on par with AIs regarding the speed of thoughts and general capabilities. He is afraid that AIs could one day rule over us and his solution is Neuralink.

In the beginning, Neuralink's objectives are just to improve people's health, one of the most potential impressive uses regarding health issues would be to solve blindness as well as the lack of motor skills. This project is just in the early stages of development but it is good to know there are very talented people working in creating new solutions for these issues. The project is in such an early stage that even Elon Musk asked the viewers to send their information to the company if they wanted to work in it.

In the far future and almost dipping into scifi discussion, this could also be the beginning of immortality. If this technology evolves enough to be capable of copying the entire human brain/mind then a person could, in the future, copy himself into a new synthetic body and avoid biological death.

The device's design has improved a lot compared to last year. In the first image of this post, you can check the differences. The current design wouldn't even be noticeable if someone was wearing it. So far, the tests have only been with pigs, and he showed a pig with one of these implants. 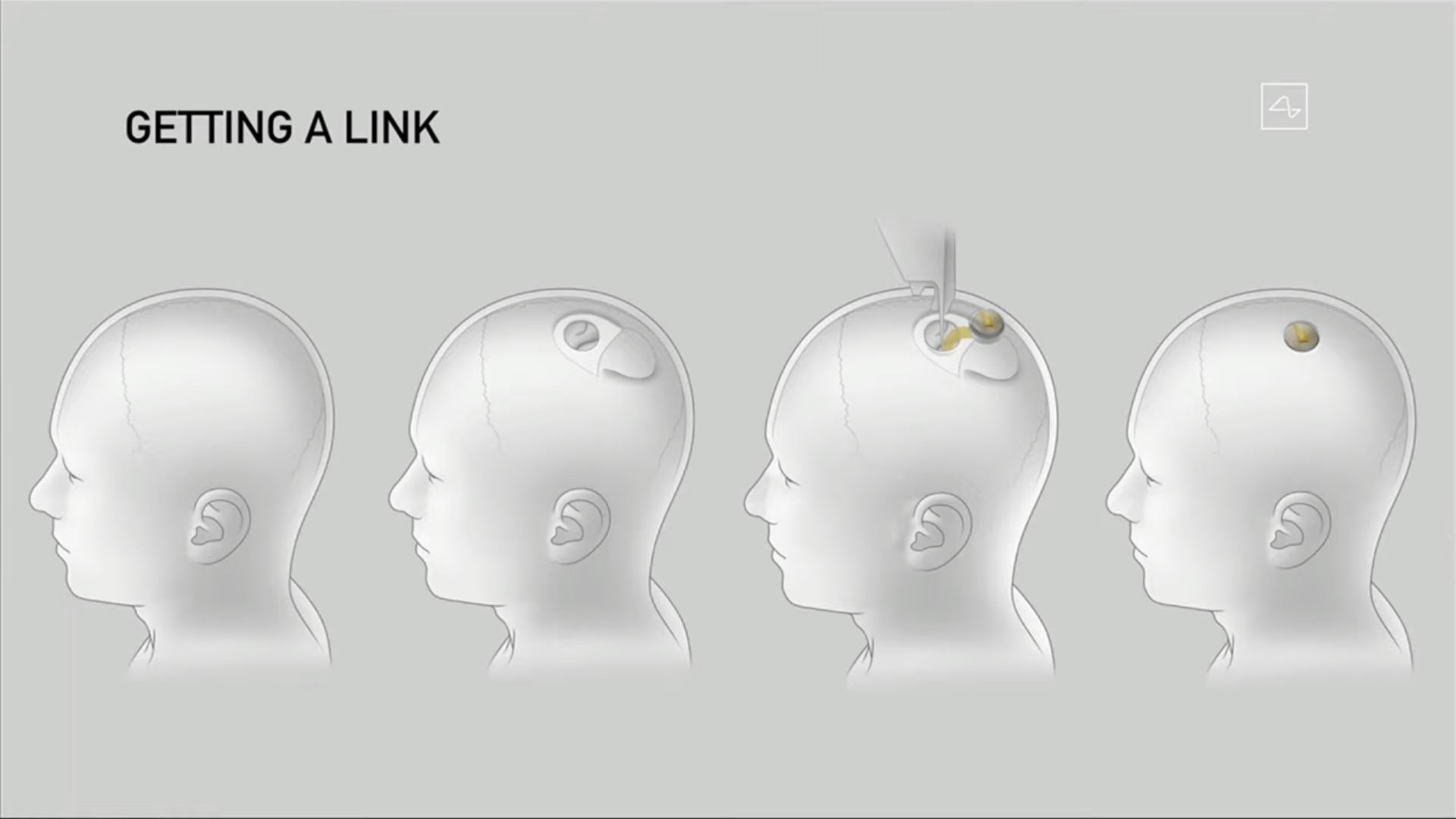 The device was capable of reading the brain signals of the pig. They were even able to predict the position of the pig's legs just by interpreting its brain signals. When comparing the prediction with the real position of the pig's legs, the prediction wasn't perfect but very close to it for the most part. This might be the beginning of a technology that one day could allow tetraplegic/paraplegic to walk and move freely again.

Another future use of this technology would be our communication with our devices such as smartphones, and computers in general. I remember that in one interview from years ago Musk said that communicating with our smartphones using just our thumbs was extremely slow. That another method with a much larger bandwidth would be extremely useful.

In the presentation, there was also a Q & A session, and one question was that if in the future, a person has this device in their brain, would it be possible for this person to call his Tesla car so it can automatically arrive at his location? Musk's answer was a resounding yes.

If you want to check the complete presentation you can do so here:

This type of innovation is exciting to me, it is like seeing the future being built.

What do you think of this company and its future?

Neuralink seems to present some opportunities ... To Rick Roll people in ways never possible before. Lol

Hacks will be a new risk that's for sure.

Let me be the last person that would believe that AI can surpass human intelligence on every scale. I think these guys are raising a false alarm in order to make money by putting people in panic mode. Well, I enjoyed reading this article.

Lol man sure thing, you are the last person to believe that then xD

Is the risk of having rogue AIs a false alarm? and how is Elon Musk earning money with this company if there is no product for sale yet? This company is just in its early stages, so far there have only been investments from Musk without any positive return so far.

I think Musk and Co are trying to solve a problem that does not exist by raising alarm about it. Just like pharmaceutical companies are pushing the vaccines narratives to make a fortune from Covid19, I feel that Musk is coming up with a problem that doesn't exist, at least in the foreseeable future.

When the industrial revolution took place in Europe, the fear was that machines will replace man but here we are today. Machines have not displaced man in a great scale because man is still needed to run the machines. Maybe I am just a skeptic. But then I admire your works on technology especially.

Yes mate, the problem doesn't exist today but it can exist in the future. Technological innovations are exponential, not linear, and AIs could one day improve themselves at a rate much beyond our comprehension. If we don't enhance our capabilities they could end up ruling over us.

because man is still needed to run the machines.

Machines have displaced men, but men control the machines. AIs could outsmart men one day and subvert the control. This is just a possibility, and if Elon Musk is investing his own money in trying to come up with a solution that's fine by me.

But then I admire your works on technology especially.

Thank you mate I appreciate your nice words.

What do you think of this company and its future?

"Elon is bad. Messed with me at cloning. Is totally down with them." ~ Donald Marshall

Neuralink tech could very well be leveraged by people with bad intentions, things like making people feel artificial terror permanently are types of torture that could exist one day. The anthology series Black Mirror explores this scary concept in some episodes such as Black Museum, White Bear, and USS Callister. The same tech can also be used for good things like the ones showed in the episode San Junipero. Have you checked this series out?

Technological improvements are inevitable as long as civilization continues to exist. This type of technology will be created either way, whether with Musk or without him. Also, the people/entities capable of creating this technology will most likely have some sort of bad reputation due to their fame and power but that won't stop innovation from happening.

nice, musk's chip and some ads in ur brain :O)

I believe this is ground breaking. The unlimited uses and possibilities are amazing. I fully support this sort of innovation.

Yeah mate, this is the future right here.

A new type of risk that will one day exist. Sooner rather than later. A curious thing is that this will mirror the religious concept of possession but in the technological realm.

I admire and respect your work.
Since those Originalworks contests, I started to follow you.

I hope to continue seeing your work here at Project Hope.
Welcome!

Thanks mate! I really appreciate it! I miss those cool contests from originalworks ^^

I miss those contests too.

I invite you to be part of my community, appreciated @dedicatedguy.

Thanks for the warm welcome mate!

Hope to see you on our PH community discord @dedicatedguy :)

The 20th century is a century of many surprises, the fusion of the human being with the machines is a process that was thought to begin in a distant future. Now I know the future is just around the corner.

Technological innovations are exponential, which means the rate of improvement becomes faster and faster.

I believe we don't need to push AI too much far away.

What do you mean?

Great to see you again @dedicatedguy

Didn't hear from you in a long while.

ps. check out comment from @juanmolina and consider joining our PH community discord server. I would love to be able to re-connect again.

Thanks for the welcome friend!