Our tax money is being WASTED on Scientific Endeavours

You hear this a lot. Especially in countries that are trying to make a dent on the world stage but still have a burgeoning poverty problem.

There are more than enough arguments in defense of spending on the sciences. Obviously some have more immediate uses nobody complains about; healthcare, technology and so on.

Others like the theoretical sciences and in some political wings, social sciences, get more scrutiny. Why are we building rockets to go to another planet when we can't take care of our own??

Again, there are endless justifiable reasons for this that are all over the internet so I'm not interested in regurgitating that. But there's another train of thought I once heard as a passing remark in a podcast which I never heard again and it always stuck with me.

We could throw away all the valid arguments for spending money on rockets and other 'useless' fields of academia. Let's just assume that they genuinely have no useful real world application. The economy is not growing as a result, no discoveries are ever made, it's just to fulfill the ego and desires of some egg-head losers.

It's kind of a shame that we must always hold scientific endeavors to a standard of 'how is this useful to me', with such a focus on economic and societal development, when we don't hold that same standard to other areas. Sure, this is one aspect of some fields, but nobody wrote a contract saying 'this topic MUST serve the people and their government to grow their economy and flourish their society'.

What value to the economy do you give Taylor Swift? Entertainment Value.

Sure, her business model drives spending and profits, but that's not the standard we hold her to when we (except me) buy up her albums and concert tickets. We pay through our noses just for the privilege of standing in a dark, loud room with sticky floors and rapey guys, on the provision that her shitty music is bursting our eardrums while we make ourselves vomit.

But all that's ok because it's entertaining. If anything, these celebrities are going to burn their hard-earned cash on drugs, while the remaining profits go towards perpetuating an industry that we all unanimously hate as it drives the corporatisation in music to produce radio 'hits' with as much musical flare as a clump of wet silt dripping slowly from your hands into a pile of slop on the floor.

Well, how much did you pay for the entertainment value of HD footage of Landing on another fucking planet? Or how about watching the momentous moment in human history where we landed a fucking rover on an Asteroid? Who cared about the economic application of landing men on the moon? Most of us just thought it was frickin' cool (those who were alive at the time, anyway).

This, for many of us - and I'd argue all of us at least to a casual degree - is pure unadulterated entertainment. It's super exciting to hear about the accomplishments, the advancements, and how our species is becoming something of the future. It's fun to think about where it could go next. It's exciting to imagine what it would be like if you were floating around that HD image of Pluto's heart.

And you don't pay a penny for it. Well, I guess you might pay about a penny in taxes.

And remember, we are under the impression it creates no value whatsoever in other ways.

Science is fun, it's exciting! The inspiration it delivers to our kids brings them to the museums and to explore the galaxy with a little telescope, or make foamy messes with chemistry kits or little to-scale rocket models, and it drives them to pursue education further and become a graduate in a field of science themselves or at the very least, be scientifically literate about the world around them.

So who cares if it has no actual value. Neither does your Netflix subscription or your tiktok account.

The only argument I might consider is that because it's part of our tax, we don't have a choice. If we are somebody who doesn't want this area of research funded, tough luck. But we can say the same, at least in the UK, about the BBC and our TV license. If we hate the BBC, as many do, well tough luck, you can pay for it anyway.

Breaking News, other people in societies do value these things. And all people reading this here live in a society. 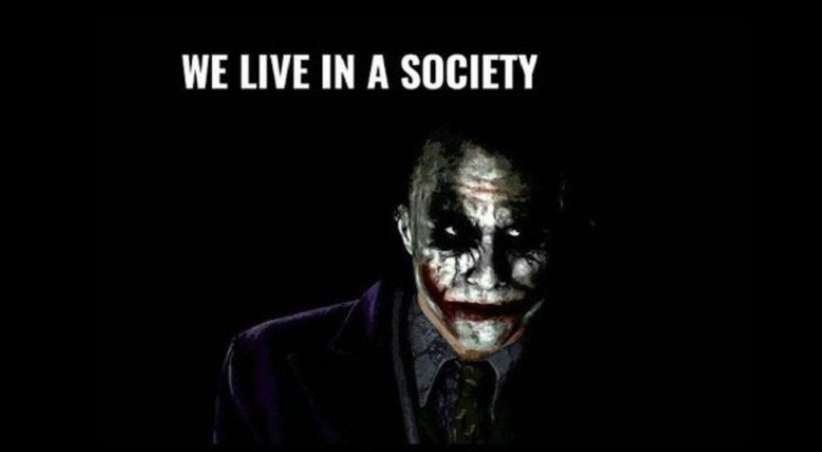 If you don't like it to such a strong degree that you're losing sleep at night, put it to the voting booth and vote for a flat earther, make your voices heard. Failing that, feel free to make a raft and go live out your days ocean fishing your way to the grave.

For the rest of us, we're gonna continue to be awed by the discovery of new matter, or the potential signs of life on other planets, or a photograph of a trillion galaxies going back a gazillion years into history. And for all intents and purposes; for free.

We are a part of civil society and we pay taxes to fund the development. Though the definition of development varies from person to person, as a society we need this amount. Its like the maintenance money that we pay to the apartment building for the devlopment of internal road, water supplies etc.

Yeah, and democracy is there to keep it in check. Nobody believes democracy is perfect or even great, but as long as we can continue voting things here and there, no abuse of maintenance money will go too far. You can see this abuse go to insane levels in all dictatorships, and some broken democracies. So unless you think your country is totally broken, spending on Science should be one of your least concerns XD

Nice to see you coming around to the realisation that the Chinese system is far superior. Respect.