Science ,Engineering and Professionalism with code of ethics

hiveer in OCD • 2 months ago
Science ,Engineering and Professionalism with code of ethics Professionalism is the conduct and qualities or attitudes that characterize a profession or professional person; and it clearly implies quality of workmanship or service a service provided. Professional ethics or the ethical practice of the professionalism encompass the personal, organizational, social and corporate standards of behavior expected of professionals.
So let’s consider how and to what extend the code of ethics encourage or discourage the ethical practice of professionalism of its members. Code of ethics states the way the engineers should act and each rule in it forcing the engineer to do the right action. For example, designing to the correct standards without considering the financial factors or taking safety actions without considering the cost, providing reports and statements honestly etc. We can look in to some of the real life engineering failures which caused disasters in world history and how code of ethics can avoid such tragedies by encouraging or discouraging the professionals or simply engineers who are involved in taking decisions in critical projects. First let’s consider what happened in Bhopal gas tragedy. 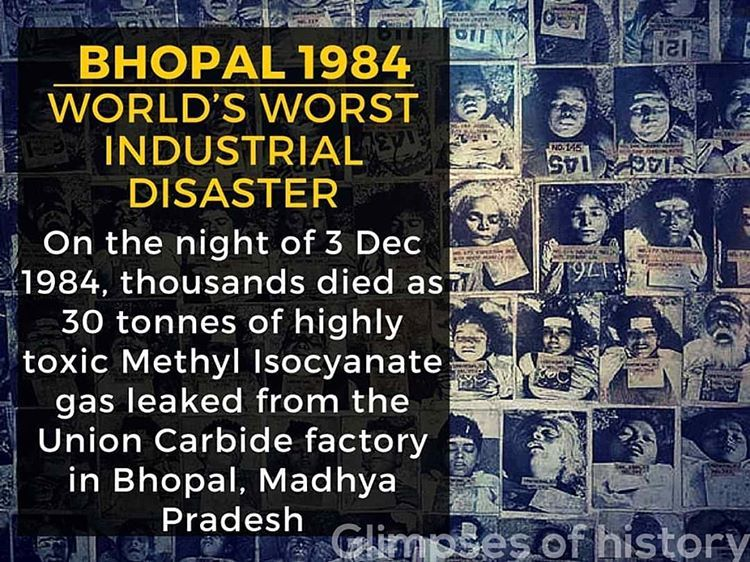 Inadequate safety was one of the main reason for causing such a damage after the accident. In the Bhopal plant, the safety aspect was very much ignored even at the time of granting of license for location of the plant at Bhopal in 1969. But in code of ethics, the rule 1.3 states that the engineers must work in according with authorized engineering standards in designing so as not to harm the health and safety, welfare of the public society. So the code of ethics clearly encouraging the engineers to follow the safety aspects strictly. UCC (Union Carbide Corporation) maintained Bhopal Plant with double standards regarding safety measures. When considering the Safety measures such as temperature sensing system, computerized pressure, and other effective alternatives were not used in the Bhopal plant. But when considering the code of ethics we can see that it clearly encourages the engineers to take safety actions and consider the public safety and it states that Engineers shall hold paramount the health, safety and welfare of the public. And when considering the steps which government of India taken when granting the license for this chemical plant we can see that the government has not considered the safety alternative methods. And the government have not considered the information and documents related to the toxic nature of these chemicals used and manufactured in this plant. And the rule 1.1 it states that the engineers must be objective and truthful in writing professional reports, issuing statements or submitting testimony or reports for approving. They have to include all relevant and pertinent information and details in such reports and statements or in testimony. So as we can see the code of ethics clearly discourage the professionals to be truthful in writing such professional reports and when issuing such licenses for various kind of projects.
In code of ethics it states that the professionals when in the situation of their judgment or decision being overruled in matters affecting to health or safety and welfare of the society, inform their clients or employers of the possible consequences and bring to the clients or employers notice their obligations as professionals to inform the relevant authority. So it Cleary encourage engineers to inform relevant authority in these matters which affect the public health and safety. And when looking at the relevant maintenance reports of the routine maintenances we can observe that there are few incidents occurred and nobody have paid their attention for them , if so we would avoid such tragedy and save lives of thousands of peoples.

Let’s consider what happened in challenger space shuttle disaster. The Space Shuttle Challenger explosion disaster happened on January 28 in the year of 1986. The NASA Space Shuttle orbiter Challenger (mission STS-51-L) (OV-099) broke apart just in 73 seconds into its flight to the space , it was leading to the deaths of its seven crew members, there were five NASA astronauts and two Payload Specialists in that crew. When considering what led to this accident, according to the information which NASA published after the accident, they states that it was due to a technical error. Also an another report states that the space shuttle was not in a condition to take a lift in that environmental temperature which was on that day. Later analysis showed that a seal which is names as called an O-ring, which was on the shuttle's right side solid rocket fuel booster which had failed at liftoff, and it allowed the pressurized hot gas to escape from inside to that booster. Then the vaporized material impinged on the strut connecting the solid rocket booster to the shuttle's large orange color external fuel tank, which caused both pieces of hardware to break down.
As we can see it is very clear that there are mistakes done by the engineers who were involved in designing and implementing the designs for this challenger space shuttle. According to the rule 1.3 of code of ethics the engineers shall work in according with authorized engineering standards so as not to harm the health and safety, welfare of the public society. So it’s very clear that the code of ethics encourages the engineers to avoid happening such technical issues or any mistake by them and actively support to keep them then very ethical in their professional life.
Let’s consider what happened in Chernobyl disaster. The Chernobyl disaster or it also referred to as the Chernobyl accident, a catastrophic nuclear accident that occurred on 26 April on the year 1986. This accident occurred when they tried to do an experiment to test a cooling method for the core of the nuclear reactor in an emergency situation. The experiment was incorporated into a pre scheduled shutdown of reactor four. When considering reports the reason for the accident is an error by the control room of the power plant to switch off the power unit when the accident took place. And in the same time the records shows that the power plant was lack of safety methods which are normally used in a nuclear power plant. And another point is that the experiment was conducted by some specialists related to electrical diesel power generators but not about nuclear reactors. The engineers have not taken any of the safety actions when designing the power plant and it was the reason for this amount of large damage for the properties and humans. And the power plant also without any pre – organized plan to face such an accidents and it led to a massive disaster.
So this incident clearly violate the ethics as the test was done without the consultancy of the specialists on the field and also when designing the power plant they haven’t followed the safety standards. But when looking at the code of ethics I clearly avoid designing against the standards. And also the code of ethics states that “should very actively contribute to the goodwill of the society and when take part in, in any kind of engineering project or application of science and technology, should, where appropriate, recognize the need to identify, inform and consult affected parties to help resolve problems involved.” Actually this encourage the other professionals to consider the projects running in the country and consult them or show the errors and help to debug them. So in that way the code of ethics encourage or discourage the ethical practice and professionalism of its members.
When considering the above disasters we can clearly understand that we could have stopped them if the responsible professionals were really ethical and they worked according to the standards and if they pay more attention regarding the public safety. So when looking at the code of ethics we can see that the code is written to encourage the engineers to protect the professional ethics in their professional lives and to be and very good ethical professional. At the same time though that the code of ethics avoid happening such tragedies in Sri Lanka by bounding our engineers within this code of ethics.

Congratulations @hiveer! You have completed the following achievement on the Hive blockchain and have been rewarded with new badge(s) :