When RMS «Titanic» became a shipwreck due to its accident in 1912! 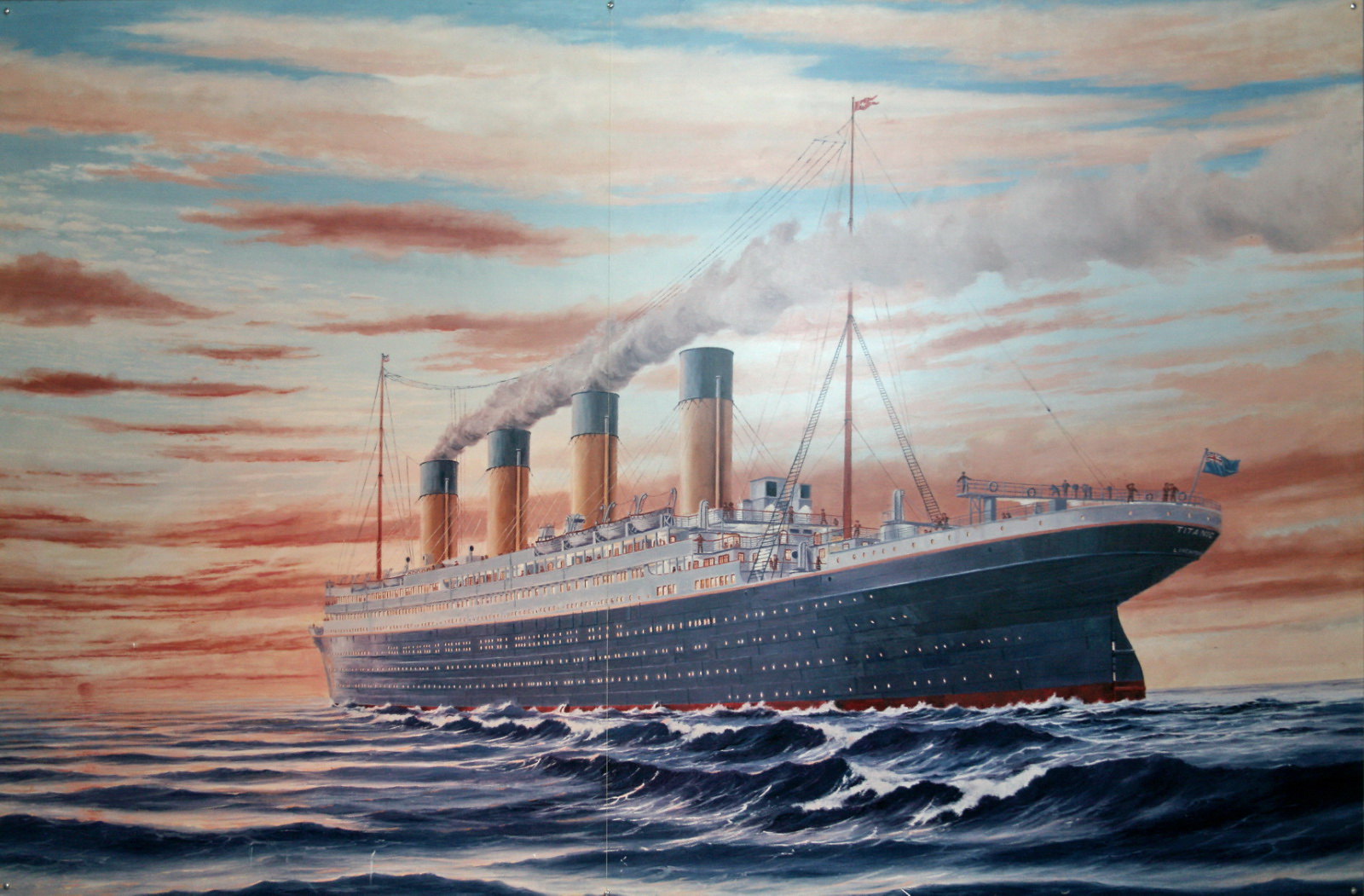 RMS is standing for Royal Mail Ship. And hence you could communicate with the ship RMS «Titanic» by being within and outside the royal family in the country you are or where you were from. RMS «Titanic» shipswreck found place in the nature when the passenger ship RMS «Titanic» collided with an iceberg in the Atlantic in the evening on 14 April 1912.

Some people do not believe in that RMS «Titanic» sank in 1912, but they claimed that it was the sister ship RMS «Olympic» that sank. But this is not true, because diving and diving efforts have shown that it was RMS «Titanic», since it stands RMS «Titanic» on the shipwreck long down in the sea. And we find RMS «Titanic» today lying at a sea depth of 3 800 meters. The ship RMS «Titanic» became a shipwreck when it sank in the evening on 14 April, and it sank early in the morning on 15 April 1912. The ship had posted on the maiden voyage from Southampton four days earlier, and its destination was New York City.

RMS «Titanic» sunk on the evening on 14 April 1912 at 23.40, and this shipwreck persisted to 02.20 on 15 April 1912. The number of fatalities was between 1 490 and 1 635. And the cause that the ship sunk was due to a collision with an iceberg. And you cannot see how big an iceberg is when you meet it, because most of it is under the sea level. Many of the icebergs at sea have their part being under the sea level to be 90 %. Therefore, you have not many possibilities when making a collision with an iceberg, unless you have lifeboats to the whole crew and all of the passengers. The scene of the accident was in North Atlantic, approximately 440 miles south of Cape Race at the tip of Newfoundland.

There was a party on the ship when it sunk, and several of the people jumped into the sea, since there was not any lifeboat for them. The crew and the passengers perceived peace and no danger when the ship collided with the iceberg. And the waters they sailed in were not safe, since they had got warnings on possible dangerous icebergs at sea.

There are several conspiracy theories for RMS «Titanic» when it sunk. Some people claim that RMS «Olympic» was subjected to a large insurance claim, and that the two ships were changed their place right before the trip to the ship from Southampton to New York City. Independently of whether it was RMS «Titanic» or RMS «Olympic», the shipwreck was a shock for the world. Nobody had expected that a ship would sink during this voyage!

The scientists developing and testing the ship RMS «Titanic» stated that it could not sink. But it could, and hence this was both a serious and a funny message. And any ship is floating due to the weight of the displaced mass, and therefore the buoyancy is crucial, and we can estimate it in the computer programs.

RMS «Titanic» got six warnings about icebergs on 14 April, and due to this the ship sailed with the maximum speed when the crew discovered the iceberg. Due to its high speed, the ship was unable to swing away fast enough, and the collision with the iceberg made a 90 meters long splash in the ship’s hull on the starboard side, and this created an opening in 5 of 16 waterproof rooms. «Titanic» was built to flow with 4 of the 5 rooms, and the crew therefore realized that the ship would be able to sink.

Latest article, check out :
The history of music artists: The case of The Black Mamba!