On experiencing the Strait of Gibraltar: The case of Europe being close to Africa! 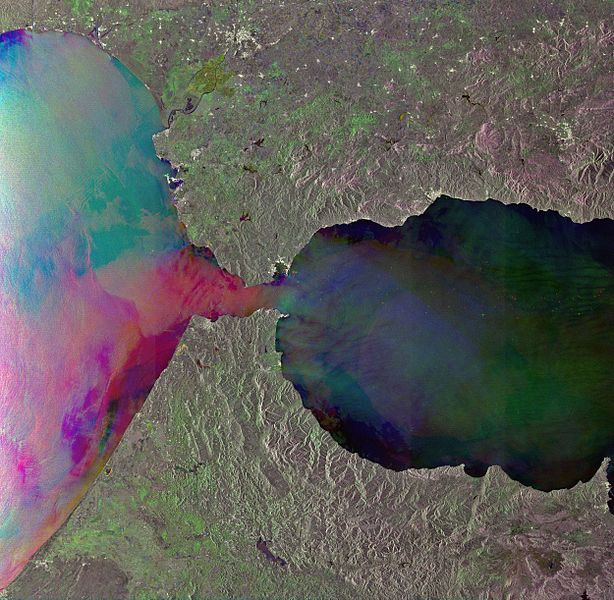 The Strait of Gibraltar is the narraow strait between Spain and Gibraltar in the north and Morocco and Ceuta in the south, and this strait constitutes the sea route between the Atlantic Ocean in the west and the Mediterranean Sea in the east. The mountains that delimit the Strait of Gibraltar was known as The Pillars of Hercules in the Antiquity. There is much to see and experience in the nature today, and it is special with such a strait dividing and connecting the oceans, but the earth is like it is. We have a map, and this map has been changing in the history of the earth, and it still continues to change. The earth is in movements as it has been in the history, and therefore what we see today, is not the same as for many years ago, or for many years into the future.

Gibraltar has since 1713 been a British overseas area, and it was in 1830 a British crown colony. The area is located in southwestern Europe, specifically on the Iberian Peninsula coast in the south, and the Strait of Gibraltar is strategically placed in an area which is connected the Atlantic Ocean and the Mediterraneas Sea. United Nations, or UN, is considering the Gibraltar as a non-self-governing area.

As with all areas and all humans at earth, there is a history and stories of what area has been there, and what the humans have done to live the life that they deserved. The World Bank has estimated and counted the people in Gibraltar. In July 2004, Gibraltar had approximately 28 000 inhabitants with several ethnic groups, and these groups are coming from Spain, Italy, England, Malta, Portugal and Israel. The most people living on Gibraltar is belonging to the Roman Catholic Church. And this religion believe in God, and that Jesus Christ has made the salvation to the pleasure of everyone.

The leaders of the nations owning Gibraltar as for instance Great Britain. The fishermen around Gibraltar must have access to more waters, and therefore there is a need for international agreements regarding what, how, why, where, when with getting the accessibility to the oceans. And there should be a No-deal-Brexit-agreement with the European Union, and we should have legal philosophy of what we are doing where, and why we think this is sensible and good for the area in question, and for the countries we come from and for the world.

The territory Gibraltar has a 1,2 km long border against Spain, and there is a 12 km long line with coast. And many people are visiting the Gibraltar coming from many countries in the world, and it is a special place to be with the reasons that have been given here. And we should take care of the scenery here, and what we find in the landscape, and the place should be a servicescape for tourists, and for people wanting to enjoy life here, take pictures, and doing experience according to the desires you have.

Latest article, check out :
On rediscovering of the Silk Road: What was this big road for the national and international trade?