On experiencing the Skagen painters: Being just in the moments in time! 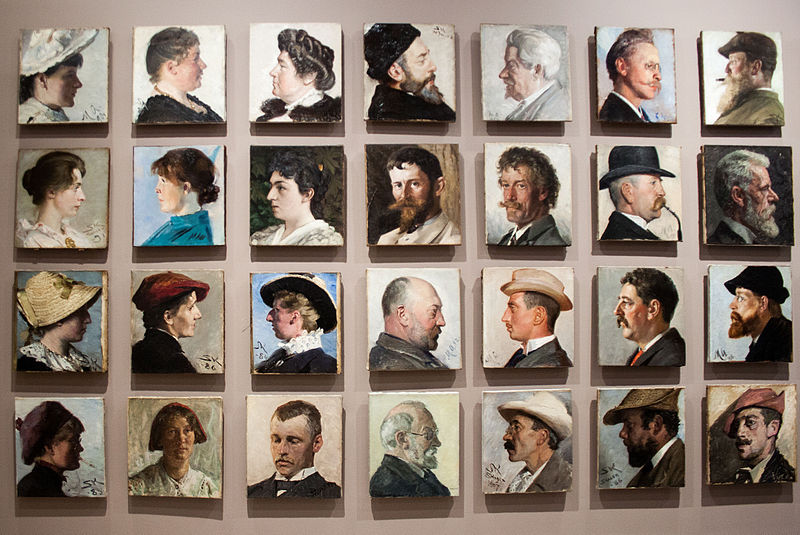 The Skagen Painters (Danish: Skagensmalerne) were a group of Scandinavian artists who gathered in the village of Skagen, the northernmost part of Denmark, from the late 1870s until the turn of the century. Skagen was a summer destination whose scenic nature, local milieu and social community attracted northern artists to paint en plein air, emulating the French Impressionists—though members of the Skagen colony were also influenced by Realist movements such as the Barbizon school.

The Skagen Painters were working in Skagen in Jylland in Denmark, especially in the years during the 1870s and the 1880s. The painters came to Skagen during the summer, and they were attracted of the strong light in the summer, the colors, and the special light at Skagen in Denmark.

Skagen is a village in the northernmost part of Denmark. From the late 1870s until the turn of the century, a group of Scandinavian artists descended on Skagen every summer. It was the light that drew them. A translucent light that merged the sea and the sky—especially during the evening “blue hour”. Painting is about making impressions from life as doing art, and these impressions became expressions when doing these things. And art and making science of art is the way we are living and operating in Skagen in Denmark. And the light is standing much here during the season, and maybe the most in the whole Denmark. And the sky is especially blue, and the nature is coming in special and different colors, and we perceive in much in September. And this is popular among the tourists, the people making tours as their special interest in life, therefore tourists.

Skagen is an experience of nature in three dimensions during the autumn. You can stand on the beach, and you can enjoy smell, taste and wind coming from the ocean. And so it is nice to be here when some of all the Norwegian persons are away and not present in Skagen. The mood in Skagen is different through the whole year. And this is just what Skagen is happening about: The mood among people. And also good seafood, seafood from Denmark! Taste it and enjoy it! And painting and making drawings are something we are doing during the life, also when we were children. And making these things in art, is about practice, practice and more practice. And one should use creativity and analysis to make art with excellent quality. There is culture there to understand people being engaged in painting.

In the high summer swarms the charming harbor of life, and now there is only some tough blue fishing boats which interrupt the seagulls' cries. The streets are next empty, and some few pairs are walking hand in hand out towards Grenen, and Grenen is the outermost sandbank where Kattegat and Skagerak are meeting each other in foaming wave foam.

The art from the painters are mainly created during the 1880s, when many painters, when many artists and art lovers from the whole Scandinavia used their summers in Skagen. One part of the payments for the stay, wes that the artists gave the hosts a work of art. And some of the works you find in Brøndums Hotel, and most of them you find in Skagen Museum.

The reason why the artists just came to Skagen, was said to be the special light here. And the blue notes from the sky and the oceans are dominating many of the most known paintings. The sun is not shining especially much over Skagen, but we have several hours with the sun than any other place in Denmark. We get extra many reflections of the sun’s rays since Skagen is surrounded by sand and water on this narrow tongue. And this gives among other things are special strong backlights at times. The artists perceived and used this impression in their art.

Latest article, check out :
The world inventions: The history and the case of the vodka!