darrenclaxton in OCD • 2 years ago

Here's a Few of my YouTube Shorts videos for your enjoyment

After a rough start to 2020 I wasn't around on the Blockchain much and was only occasionally popping in for a nosey. Then it happened, a friend said that I should join TikTok because it will all help us deal with lockdown that much easier.
I quickly became sucked into this somewhat unusual world to which I'm not accustomed.
People are downright nasty over there and say the most hurtful things during live streams.
Luckily, I only had the odd one now and again because I had a group of mods to deal with them promptly! 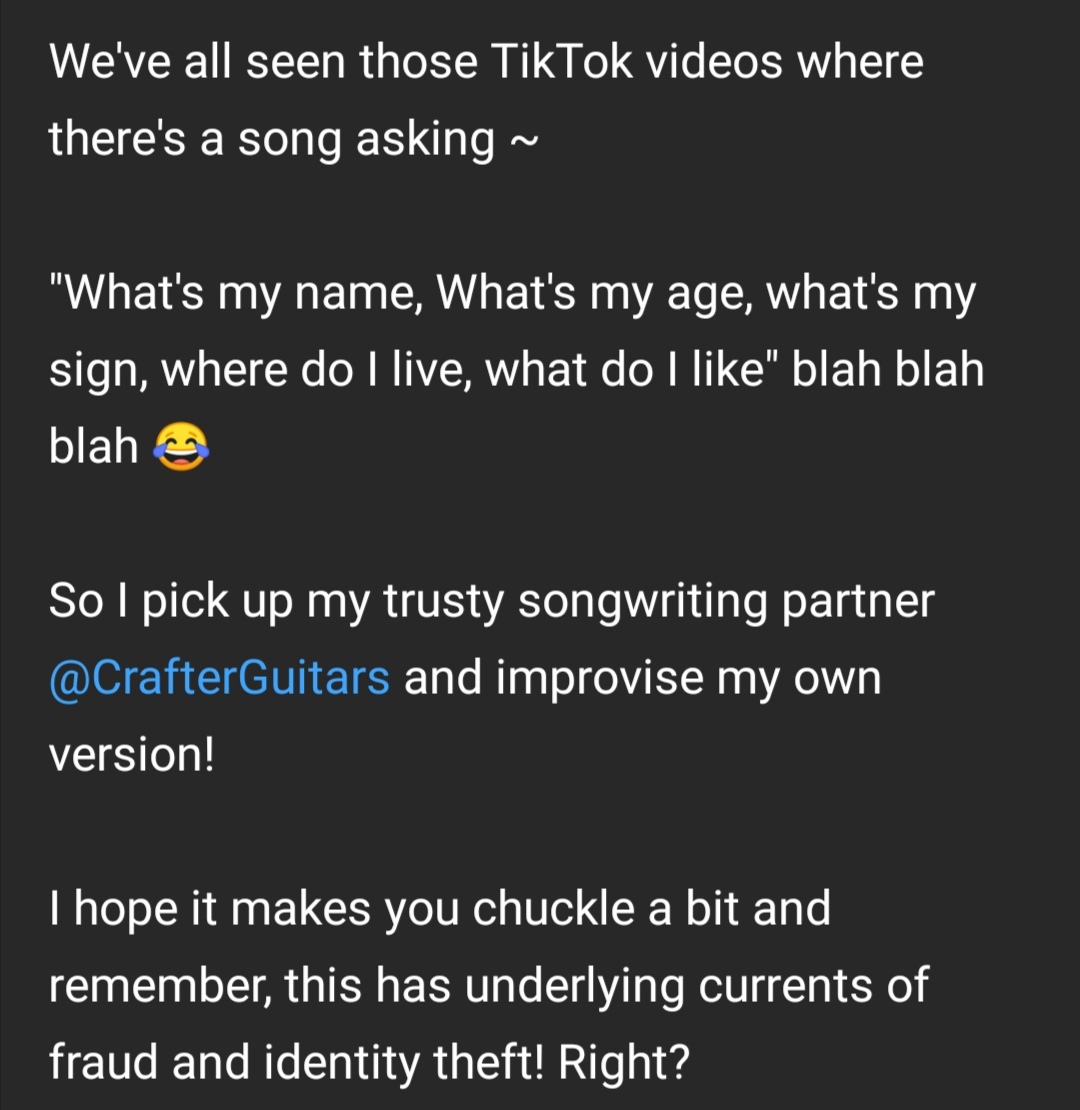 This is another popular TikTok viral song by Megan Thee Stallion!
Maybe I need to start writing crappy songs to get noticed? 🤔😂

And finally, a funny little song I wrote about Trolls on the internet and more specifically, over in TikTok land!
This is actually now released and it will possibly get stuck in your head!

It's so nice to be back blogging and sharing some of my music and other eccentric hobbies of mine here on HIVE!

Thanks for your ongoing support for me and my music and especially the musicforlife team.
DC 🙏

Hey @darrenclaxton you may want to check out the music communities to post in in the future! Will probably get you a lot more visibility and following! :)

It's ironic really, this post has more rewards than the post above, and that's in Musicforlife.io?
I hope you don't mind me posting in the OCD community mate?
Thanks again
DC 🙏

I found it in my feed cause I'm following you, but we're trying to give niche communities more power by curating posts there. OCD community has become more of a "if you can't find a fitting community for your content then just post it here". So I don't think the rewards matter in that regard but you may get more interested viewers by posting in the Music community!

Thanks for the info mate!
I'll get back to the musicforlife.io community.
Speak soon.
Thanks
DC 🙏

@acidyo
I've onboarded my lady now and she's writing movie reviews in the Movie and TV shows community.
I hope she does well and sticks with us!

Nice! We at OCD are currently incubating that community so hopefully a curator notices her posts soon. :)

Oh that's amazing news.
She's written 3 reviews now, but only posted one with very little engagement and is probably feeling a bit deflated I think.
Just want her to stay and not give up, she's a great writer in my opinion.
@moviemonkey is the account.
It's been great for me to share my knowledge of our Crypto world!
Love it mate!
Have a good day!
DC 🎼

Thanks, will keep an eye out now that I know the connection, it's hard nowadays to trust new accounts. One thing I can recommend is for her to engage with other authors that share the same interests and in the same communities. :)

Hey mate! How are you doing?
Thanks for your ongoing support!
I usually post in Musicforlife.io but wanted to explore some of the other communities.
Thanks again.
DC 🙏