Region of Interest for the Image.

biggestloser in Programming & Dev • 2 months ago

Region Of Interest ROI, is just a part of the image which we want to analyze or taken out to study. The portion of the the image is filtered out to perform various operations for example in satellite imaging if we want to find the hideout of some criminals we narrow the area and the concentration is focused only in that particular area. That area becomes the region of interest.

There are many ways to demonstrate ROI, here in this blog I am going to show how to take the ROI from the image and how to fill ROI in the image using python.

Reading the image and displaying it 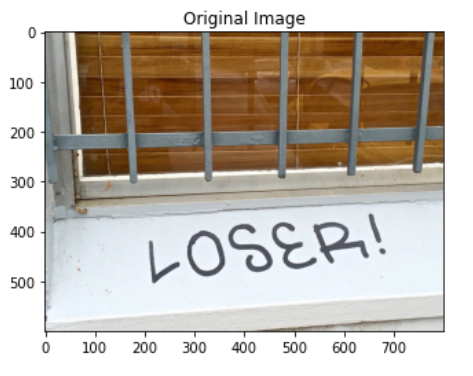 Taking the Gray Scale Image to simplify the process. Taking the Region of Interest of the image.

Here I want to take the LOSER part of the image so the co-ordinates are taken in that way.

Filling the Region Of Interest 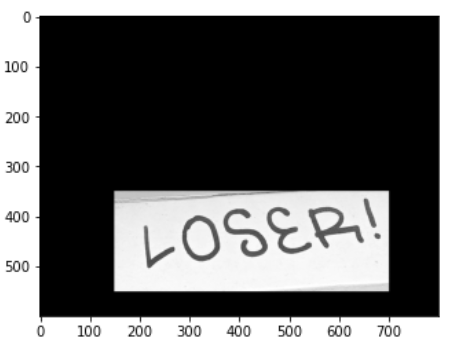 Showing the Grayscale Image and ROI image side by side.

The original image is taken and converted into grayscale to simplify the process. We want to take the portion of the image which contains the word LOSER!. The image is plotted using matplot.pyplot library of pythonand the dimensions of the image is seen. The roi variable is taken which contains the the dimensions of the region of interest. The regionOfInterest is taken and fillPoly() method of the OpenCV is used to fill the region with white. (255 is used for white). bitwise_and function of OpenCV is used perform the operation on grayscale image and regionOfInterest. The selected portion is filled and displayed in the plot.

I tried to make the code simple to understand and gave explanation of the various functions used in the program. Feel free to give your suggestions. Until we meet again in some other post, this is @biggestloser signing off....

Nice post as always :)
But please use codeblocks for code examples

Noted...
Thanks for the suggestion...

Congratulations @biggestloser! You have completed the following achievement on the Hive blockchain and have been rewarded with new badge(s) :