How to Improve Tribaldex.com to make it even better ? Just an Idea

ykretz.leo in LeoFinance • 10 months ago 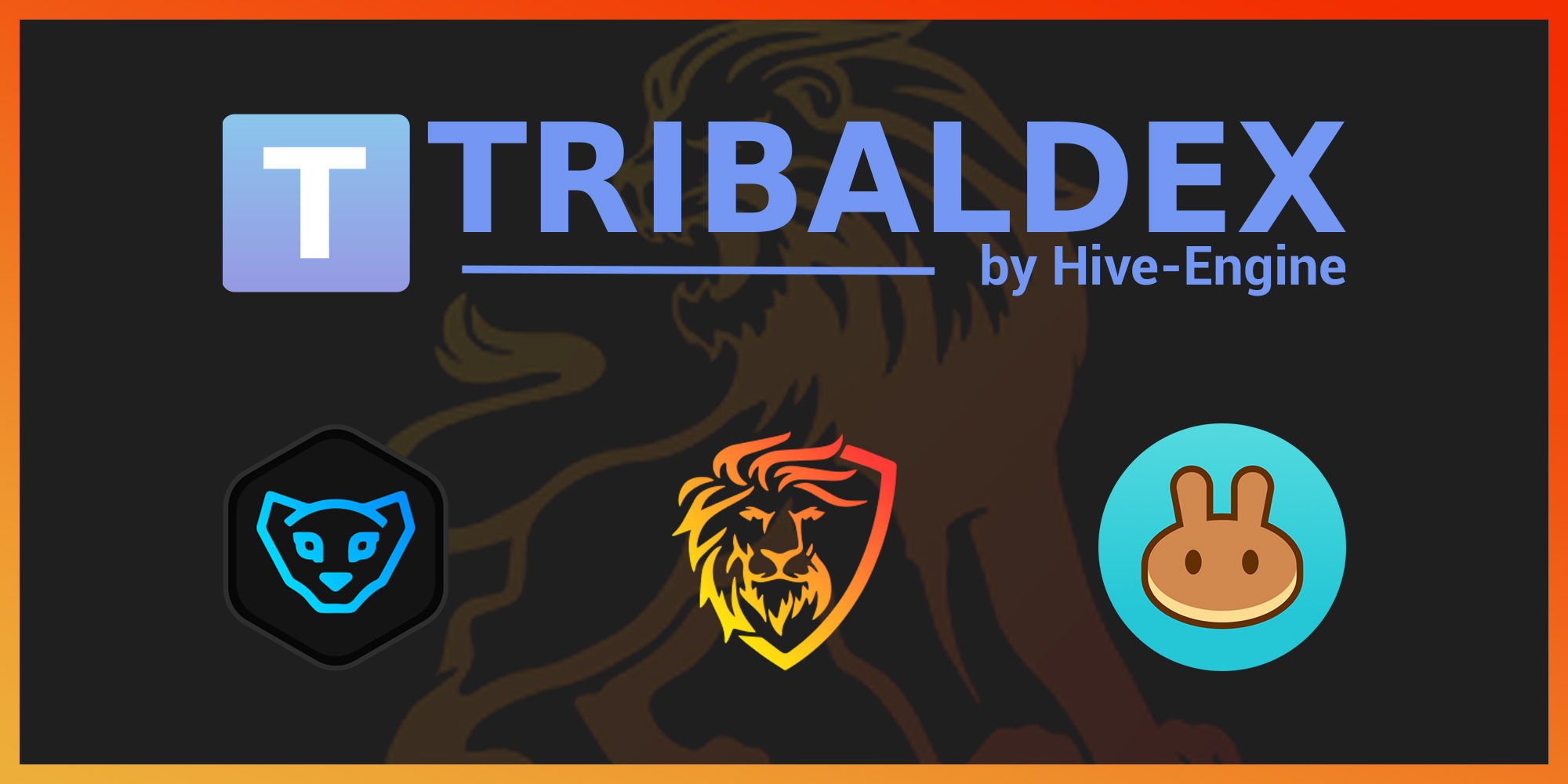 I'm here since march 2021, only few weeks after the birth of Hive.

I've accumulated everything I have on my main account @ykretz without paying a single $. Everything comes from posts or BAT earnings. Over time I've discovered and accumulated a lot of different Hive Tokens, Leo, POB, Archon, cent and many other. If you want I made a quick guide about the second layer tokens on Hive.

There are other ways to earn thanks to your earned tokens than staking and curating. And when you use 10 different tokens this can be pretty hard to use your 20% of mana 🌀 each day for each token. That's why I decided to use some tokens to put them into liquidity pools on Tribaldex.com. The rewards we can have can be really interesting and attractive. In some of these I am having a +100% APR thanks to that, excluding the recent BXT rewards which is currently around 800% APR for the SWAP.HIVE:BXT LP.

I use it more and more often when I need to swap a lot of tokens as Swap.Hive, the swap tool make it pretty easy and you don't have to worry about the buy wall as on Hive-Engine which can make it pretty long to spend tens of $ to buy a single token. Here you set the amodiant you wanna spend and you receive an adjusted amount of the token you want according to the supply in the pool.

This is really great but I see huge issue on Hive LPs, and there are two ways to solve that :

Let's imagine I have some POB and I want to sell them (sorry @onealfa.pob , I'm gonna keep them !(and I think you don't care of my 20 POB)). I go into the swap tab, choose POB and SWAP.HIVE but I have this :

There is no liquidity pool for these two tokens. And that is my problem, I don't have the knowledge or even the funds to create that fund and I don't know if a lot of people would use it because there are already a lot of LP and after that to attract people it would need to add some rewards. I'm not rich enough to make it and this is a minor issue considering the transactions I will do next to how much money it would cost to make everything in place.

The solutions ✅ are here :

I know this is possible, other DeFi platforms already do it since a long time : You want to buy Bunny with USDT and there isn't any Pool for that, no problem, there is a pool between them to link those transaction. And I don't understand that isn't still possible for Hive tokens. Today If I want to swap POB for Hive I will need to swap it first to another token and for now the only possible is "Cent".

To avoid some issues or always using the same Swap pool it should be possible to choose which route you want among all the shortes possibilities.

I'm not a developer and I absolutely don't know how much work it needs, I don't know how much people are working on that and how much it would cost. Abd there is maybe already a Hive Proposal for that Idk, I hope I'm not just saying something a smarter people is already doing 😅

If I gave an idea to someone I'd love to be in the firsts to support the proposal 💲 !!

Join me on Noise.cash and read.cash and earn BHC for your posts and comments. Stake your earnings on Nexo and earn up to 8% APY in dividends.

Congratulations @ykretz.leo! You have completed the following achievement on the Hive blockchain and have been rewarded with new badge(s):