vikbuddy in LeoFinance • 2 months ago 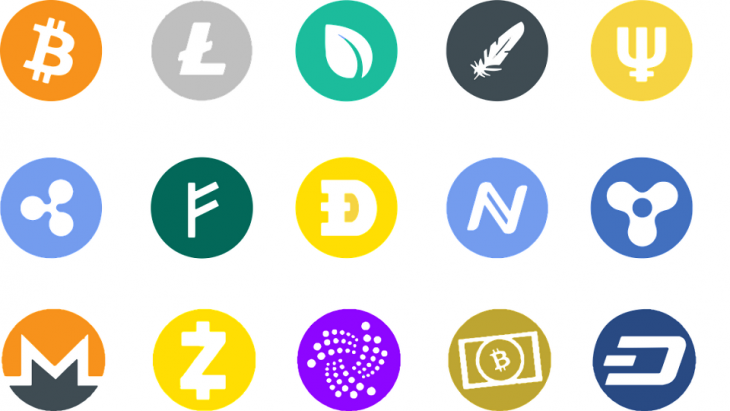 A token represents one of the creations with the greatest essence within the technology that represents the blockchain and of course, of all cryptocurrencies since, each of these tokens is possessor of unique characteristics and open the way to all those applications that, daily, They come to public light and are related to the blockchain world.

When we immerse ourselves to the world of cryptocurrencies, the definition of tokens is very common to see it in each development. The reason for this originates that, it is representing various elements that explain all the stages that cryptocurrencies have.

The creation or birth of a Token is due to private need and in turn, they have low price. However, when tokens begin to function in a specific community and their users begin to use them, this value increases. We have an example with Bitcoin since, this token is accepted in various contexts and the more they use it, its value increases.

At present, tokens are representing a very important possibility of changing the economy that we traditionally already knew. The properties and characteristics that they have allow us to know and at the same time, exploit, a world of possibilities to expand our finances.

origin of the tokens

According to the history of the tokens, in the past, a Token was represented by a file, or failing, pseudomoneda that people used in a modality of replacing the money administered by someone. These tokens had a price according to the ecosystem where they would be used or exchanged.

The most topical examples of these tokens currently can be seen in, the chips we receive in a casino. Similarly, another example that complements this knowledge is that, ending the nineteenth century, the miners received some payment coins and, they used that capital to buy the items that they could find in the economics of each company.

Although these tokens were widely used in the past, the reality is that they were not very reliable because they were easily falsified and at the same time, they were controlled by an entity that was responsible for issuing everyone who wanted. Because of this, we can be clear that the first tokens that existed, were not very fair and transparent because there was a lot of illegality behind them.

Due to the outstanding we can conclude that, in the past, all the technology that governed the tokens was altered, however, everything changed when the blockchain arrived since, this technology hosts its own characteristics that have cryptocurrencies. Among these qualities we can highlight the security, legality, traceability and without existence of any possibility of falsification.

At this time, tokens are part of a generation of cryptographic or failing that, the token blockchain that is in constant evolution and expansion. The cause of this is related to the flexibility and security that allows all users when using them.

What are cryptographic tokens?

All cryptographic tokens are based on blockchain technology of a third element. Now, these first tokens had their development within the Bitcoin blockchain and its name was Colored Coins. It should be noted that this is one of the most popular platforms.

Currently, there are various blockchains that are allowing the creation of tokens in which the Tron, Omni, Waves, Nem; among other. However, the favorite is Ethereum and the reason is due to the fact that this platform allows the development of a Smart Contract when creating the Token in a simple and fast way.

As a culture we can explain that Ethereum is one of the most fertile blockchains due to the variety of tokens acting on it since, it has more than 180 thousand tokens of ERC-20 origin that work differently. Similarly, there are more than 1300 tokens anchored to ERC-721.

Security Token: They are similar to the other known tokens, however, the only difference that characterizes them is that they are linked to traditional security.

Equity Token: They are very special tokens since, they are linked to the aforementioned token. Similarly, this acts as traditional action assets and in turn, it is responsible for representing an asset or failing, third -party companies.

Utility Token: They are user tokens or an application that allow access to products or, some company service and its creation is not to make an investment.

Finally, the 3 types of tokens mentioned allow their users, several financial tools that fit all their needs. Thanks to this option and its integration into the blockchain, some tokens have changed to their own blockchain technology as happened with Ethereum, Tron and Nem to mention emandi some.

Feels good to learn something new.

I had no idea tokens were somewhat in file format before. Now things are a lot more easier and accessible.

Thanks for sharing your knowledge with us ❤️💪