The Yin and Yang of Hive, all things that we should know in 6 minutes

tuxtify in LeoFinance • 4 months ago

The technology behind the #Hive ecosystem is exciting, but with every great power comes great responsibility. I share with you my analysis as an IT services specialist, about the possible risks that users run when using their DApps. According to the Taoist philosophy, in all things that exist, there are two opposing forces that complement each other. I was referred to as what is called Yin and Yang. This concept applies very well to the entire #Hive ecosystem, where within the good things of its technology there are risks for users and within the use of users, there is a tendency to changes that can harm the technology.

The basics of #Hive and its implicit KYC

In my case, I became interested in #Hive after the great insistence of a great friend enthusiastic about cryptocurrencies and decentralized power, a friend whom I love, respect a lot, and pay attention to, thus he is rarely wrong in his criteria.

But, what about #Hive? According to its main web Hive.io:

Hive is an innovative and forward-looking decentralized blockchain and ecosystem, designed to scale with widespread adoption of the currency and platforms in mind. By combining the lightning-fast processing times and fee-less transactions, Hive is positioned to become one of the leading Web3 blockchains used by people around the world.

But with a deeper study, we can summarize that it is a blockchain of content, information, interactions, and relationships from and for its users. 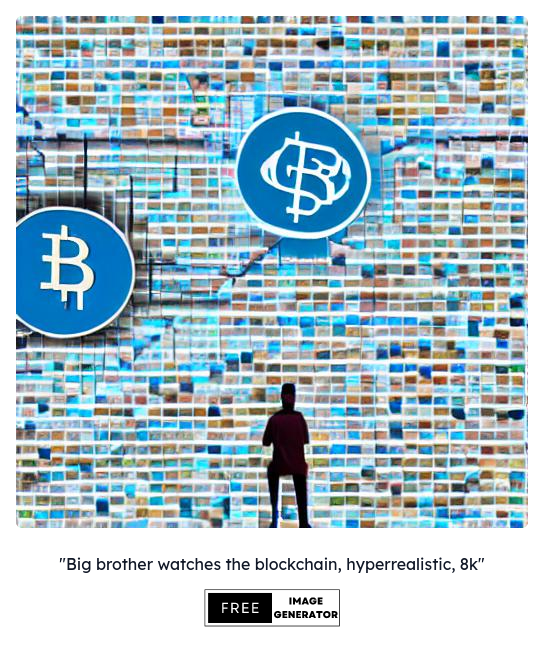 Since a user is created, a unique pseudonym is assigned (@tuxtify in my case) that will be the way to recognize the entire universe of its Hive uses. Every content generated, every comment, every like or dislike, and every interaction within the different communities or dApps is recorded on the blockchain in an immutable and lasting way as long as Hive exists. This feature is great because it is a system resistant to censorship but at the same time transparent for information mining. In this sense, Hive is a great mine of information to study the social and economic interactions of its users, the more information a user provides, the contents he generates, those he follows, what bothers him, and his dreams, and adventures. You can use everything to create a profile of various dimensions such as psychological or economic for service or product providers, just as Facebook does, only on Facebook users do not receive incentives for the content and interactions they produce.

There are communities that force users to provide data about their identities, among others, just to give an example in Full Deportes @fulldeportes is exposed in its rules:

Identity verification by video personal presentation to the community.

Although the intention of the community is legitimate in favor of showing verifiable content about athletes, they expose their members to public view and the bad uses they may make with access to their data.

So Hive users should be clear about some aspects:

Your economy is completely public

Once the Hive user of a person or organization is known, the contents of his wallet are public. In any of the dApps you can show the different tokens you own and their values, even in the application hivestats.io you can see all the generated activity and transactions.

This is no problem if you have sums of little significance, but it can become a source of harassment when it is significant. I can't imagine how some whales handle bullying, I guess there are some rascals who study their behavior patterns to ensure a healing vote. This is a very harmful element because the economic incentive generates artificial content and trends, it has even generated a generation of so-called X-Men who try to counteract the actions of these empowered users.

The developers of Leofinance @leofinance and Keychain keychain, have treated this issue and have enabled the functionality of creating other users, which can be used as wallet users, because they never generate content or any interaction, even when their identity can be estimated from the interaction with accounts that do generate content. Another way to solve this issue is to move the tokens to other chains using the LeoFinance bridges as the Binance Smart Chain BSC, where user accounts have a higher degree of anonymity, although partial, because the one who searches always finds, ask the Chainalysis colleagues if it is possible or not (it is always possible, with the right tools and time).

It's really funny that to the south of the Steam hard fork caused by Justin Sun's governance attack does not have something specific implemented within its consensus algorithm that prevents a similar event in the future without having to perform another forced hard fork. And the fact is that the fate of Hive is marked by the HP of its main users. For now, there is a balance, and perhaps a behind-the-scenes agreement between the main whales, some of them with a healthy commitment to boosting the work of several communities.

Reviewing the actions of several communities and dApps, I have observed the tendency to rent HP, that is, to give economic benefits to those who delegate it, and of course, several users only observe the APY and the other incentives without even observing the use that is given to that voting power. In my opinion, this is one of the most dangerous factors, since it can be supporting harmful causes and not being able to withdraw the delegation on time (not counting the delay time of the process of withdrawing the delegation).

Another phenomenon he observed is the whale house, although this is the action of users in search of their upvotes, to obtain better rewards sometimes without defending their own identities. Keep in mind that there are several Hive users who live in countries where there is high inflation and what they manage to charge in Hive is much more than what they receive for their usual salaries. In users from developed countries this trend is much lower because what is earned in a post is more a motivational incentive than an economic one, a few hives mean one more coffee and it does not have a direct impact on purchasing power unless staking, farming or trading is done.


Freedom exists only when it belongs to everyone

Submit
0.00 STEM
89 votes
Reply 6
Sort:
[-]
poshtoken  4 months ago (edited)
The rewards earned on this comment will go directly to the people( @taskmaster4450le, @ertytux ) sharing the post on Twitter as long as they are registered with @poshtoken. Sign up at https://hiveposh.com.
100%
-100%

Hive is extremely underrated. When will the world notice?

Indeed Hive is still little known, for some years I have inserted myself in the crypto universe but if it is not for the recommendation of a friend I do not know it. Always adapted to only paying attention to the top 30 by capitalization. Thank you for your comment

Hive is a world in a world. The technology behind it, the on-going developments and the activities of the layer 2 tokens help in its Scalability, evolution and development.

Truly, Hive is just in its beginning stage and we are all contributing towards strengthening the foundation of Hive. Which implies that the more we make sure it is built on a solid foundation and grow along that path, the more the future of Hive will become great and greater.

That is why we, as users, have a huge responsibility.

Hive's weakest link is its users, hence the need to educate them on the responsible and ethical use of the platform.

There is need for education so that one will not joke with the originality of one's content being placed on the chain.

I'm studying Hive in depth and it has great features, I even have some Dapps ideas.
On the other hand, your comment reminded me of an element that I left out, I think that the expiration of rewards promotes even self-plagiarism. I have colleagues who get very annoyed because they spend a lot of time preparing their contents and after 7 days they are almost forgotten, at best selected for a collection but no new rewards. Also, my friends get annoyed when a simple cat post has more impact than a well-made post, we are human and Hive is social. This is something that I suppose will have to evolve. Thank you for your comment.