Notes and criteria on the future: summary of President Nayib Bukele's interview on Tucker Carlson Today

tuxtify in LeoFinance • 3 months ago

The world is experiencing a severe crisis, it is a fact. Corruption has the design of the world order in its hands, but technology drives the truth every time. The technological revolution incited with Bitcoin is the way. We invite you to reflect and take action after analyzing our notes. 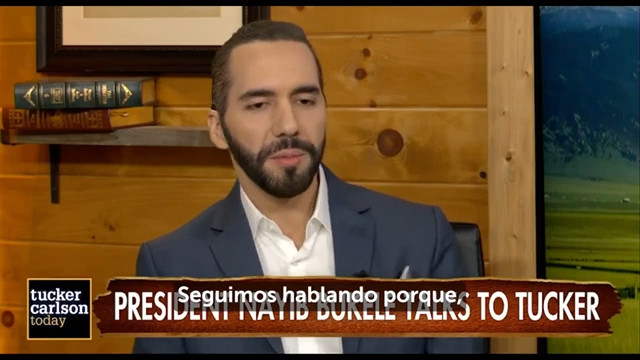 Who is Nayib Bukele?

It is extraordinary that someone who interacts with the crypto multiverse does not know Bukele, because, for many, including us, he is one of the figures who has done the most for the adoption of cryptocurrencies, especially #Bitcoin.

In the world and much more in Latin America, it is common for presidents to have their origins in political families, this is not the case with Bukele. His family is a family dedicated to business, without any previous link with politics. He was climbing from the mayor of his town to higher positions. He was even expelled from the left-wing political party in which he was initially active for his continuous criticism of corruption. Right now he is the most popular democratically elected president in the world, with an approval rating according to international institutions higher than 85%.

The design-defined ways to measure the health of a society or country are false. Metrics such as GDP used by the UN, the IMF, or others do not manifest the well-being of the citizens of this world. What people want is to thrive, be well, be with their families, safe, and have their basic needs covered.
More real metrics are:

The greatest indicator is not directly quantifiable, it is in the values of a society, in the state of happiness and satisfaction of its citizens. Image generated by the IA Stable Diffusion on Huggin Face with the prompts: Corruption Bank Kindom

#Corruption is at the base of the current economic system and it is difficult to fix a society in which the system itself tries to destroy the basics. One of the most important economic indicators for citizens is their ability to save. At the moment it makes no sense to save fiat money because the value saved is constantly being devalued by governments and their monetary policies, especially when you have the ability to print money. This is tantamount to the theft of values from all mankind.

A citizen can spend his life saving to have a happy retirement and enjoy the fruits of years of effort and dedication, when the time comes, will see that his precious savings are not even enough to live well. Bad monetary policy has stolen your life and your values legally.

The politics of governments promote anti-values, to the point of allowing social ills, drug use, theft, and many others, with a superdite agenda to a design of which the objective is not known.

What about the media's corruption

The corporate media is afraid of the new economic system powered by blockchain technology, dedicating itself to creating fake news and FUD. Luckily and thanks to technology we live with globalized access to information, where people with intelligence contrast what they see and hear before giving it a minimum of credibility, common sense is important. 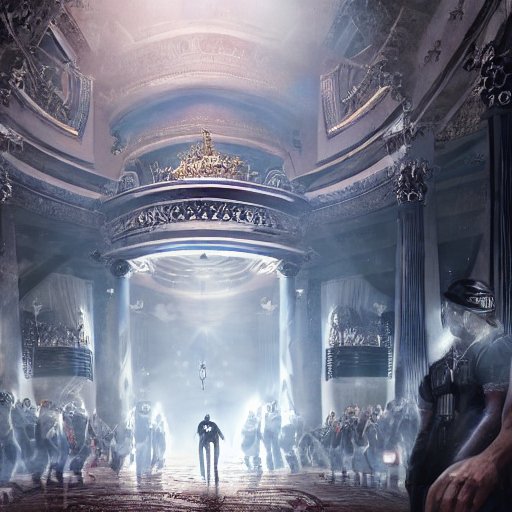 Image generated by the IA Stable Diffusion on Huggin Face with the prompts: The lie is coming into the cathedral

Reality always prevails over the lie, because it is real

The lack of credibility of the media makes them less and less taken into account every day to the point where they are almost irrelevant. Its existence is to spread the version of corporations and power entities, all their branches do is repeat the same discourse without an attachment to common sense and ethics. This is why all the mass media are going to fall.

The fundamental concept of traditional media is propaganda, not truth

Facebook Instagram, Twitter, and other corporate social networks are all part of the same narrative. In essence, they filter the content shown based on politically influenced patterns of what is according to their interests or not. To the point of censuring even the president of the United States himself. They try to limit freedom of expression because they cannot control the narrative.

A new, more independent economic system is being forged, where value cannot be confiscated or censored and which is totally decentralized. This is a system, in principle, where values will be safe from a political decision that takes away your wealth. #Bitcoin and its base technology, the blockchain, is the basis of this new economic revolution based on technology.

Currently, El Salvador is the only country in the world where Bitcoin is legal tender. This has given many advantages because, in addition to being an immeasurable value, it has opened the way to the new economic system that is to come. It has also had other benefits, such as the increase in a very short time the tourism sector by 95% because there are already several people who see this type of asset inescapable advantage in business relations, it has also allowed the financial inclusion of the unbanked population.

On the other hand, independent and censorship-resistant media become more useful and valuable in this context. In this sense #HIVE and all its Dapps among others similar have helped the creation of high-value content where the users of the platform not only validate but verify and interact, being able to disprove the exposed approaches with evidence.

I assure you that you will enjoy every minute, it is material to watch and study many times.

And remember:
Freedom exists only when it belongs to everyone

Submit
0.00 STEM
65 votes
Reply 2
Sort:
[-]
poshtoken  3 months ago
The rewards earned on this comment will go directly to the people( @ertytux ) sharing the post on Twitter as long as they are registered with @poshtoken. Sign up at https://hiveposh.com.
100%
-100%