Linux and the Cryptoverse, an eternal friendship

tuxtify in LeoFinance • 4 months ago

Dear #Hiver, the fundamentals that gave rise to the Linux operating system and cryptocurrencies are common, and that union has fostered an inseparable bond. We intend to give you a brief walk through the history and the bases of GNU-Linux and the technologies that support cryptocurrencies. I hope you enjoy my eternal crusade in favor of free, open source and Linux technologies.

What are Free and Open Sources Software?

For ordinary users of computer systems, those who limit themselves to using applications in favor of a very specific objective, there is a well-marked confusion, it is thought that talking about free software, open source, and free is the same. In many cases all these elements are present but in others, they are not. We will replay some concepts:

Open Source Software:[1] It is software in which the source code is available to its users, which they can inspect, and in agreement with the defined license modify and improve too. The author makes the source code available to users who would like to view that code, copy it, learn from it, alter it, or share it if the license avail it.

The union of these concepts provides software with special features, as it guarantees transparency, control, security, and support. In addition to serving as a means of teaching algorithms and architecture used, at the same time they can encourage the creation of development communities such as those referred to as the GNU project.

Essentially Linux is a Free Open Source System Operative Software. All variants or distributions are personifications of a basic GNU-Linux Kernel, more in specific GNU-Linux[3]. Yes, Linux is the kernel, a zero layer that makes all work, and the distributions are the compounds of software that make layers 1 to infinity which allows a user experience. As Richard Stallman says:

Many users do not understand the difference between the kernel, which is Linux, and the whole system, which they also call “Linux.” The ambiguous use of the name doesn't help people understand. These users often think that Linus Torvalds developed the whole operating system in 1991, with a bit of help.

But, what about cryptocurrencies, free open source software, and Linux?

Mine Bitcoin on Linux.... on pinterest.com

The technologies that gave rise to cryptocurrencies are long before them, the idea of the blockchain dates back to 1976 when the possibilities of a distributed digital ledger were debated[4]. Other ideas were needed for the creation of the most legendary cryptocurrency - Bitcoin. P2P data exchange interfaces had to be created, widely used by Torrents, and the genius of a consensus algorithm that brought all the parts together. No one would know about cryptocurrencies today if each and every one of the pieces of software that make up Bitcoin and the entire accrued crypto universe had not been made available as free and open source software.

The first version of Bitcoin compatible with Linux was Bitcoin-Qt version 0.5.0[5], after that comes a huge leap in the creation of nodes that has remained to this day. The vast majority of the validator nodes of all the technologies that support the different variants of cryptocurrencies and smart contract platforms run on Linux.

The different technologies that support the cryptoverse must inevitably be free and open source. One of the basic principles that govern this universe is zero trust, which is reflected not only in the consensus algorithm but also in the base software code in charge of the validator nodes. Each user with sufficient knowledge can read, study, report security flaws and propose changes to the community, which works as an additional consensus mechanism to the protocol. Just to give two examples:

With the development of docker containers the development and deployment of crypto solutions are very accelerated, the vast majority of these containers have basic Linux distributions, which allow total and reliable management of all the components that are part of the computer solution. Not only are the costs of accessing free technologies cheaper, but the support and error correction is very dynamic and agile, especially if it is hosted in version control systems such as GitHub.

The data that we have briefly shown you can be summarized in: 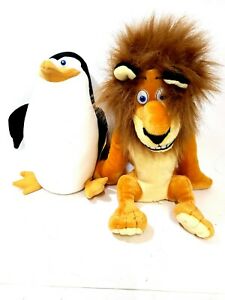 Eternal friendship, taken from the source


Freedom exists only when it belongs to everyone

My dear friend, I see that you are catching up with Hive, I knew that you have very good things to contribute. Great