The Robots Are Coming

We keep seeing signs that things are changing dramatically. The workforce, especially in the United States, is changing a great deal. Technology is advancing at such a rate that we are seeing a dynamic developing that never existed before.

In the near term, we have a labor shortage. There appears to be a few reasons for this. The first is that the Baby Boomers are exiting the labor force at a pace not seen before. It is theorized that this was accelerated by the situation with COVID. Many who were working from home simply decided to not return to the office.

We also see a lot of people reevaluating their life circumstances. For a long period of time, these people were out of work/at home, and had time to question the value of what they were doing. Many concluded that they were not up for the grind with little to show for it.

At the same time, some went back only to realize that companies/managers, are the same abusive assholes as before. Thus, a lot are opting to walk away.

The entire situation is causing companies to look for other ways to fill the worker shortage. Unfortunately, they are looking down a path which is downhill and made of ice. One it starts going in that direction, it is near impossible to stop. 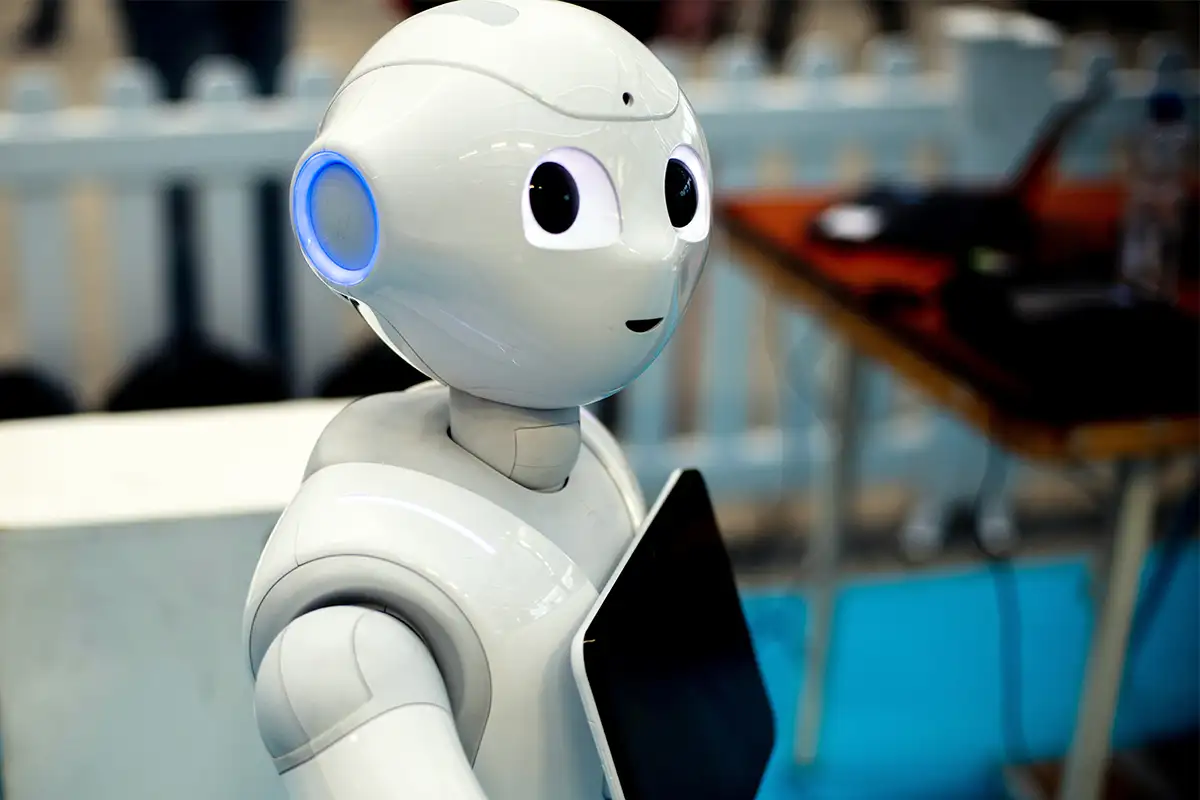 Automation Been Crushing Jobs For Decades

We were long promised the age of robots. Of course, that was more science fiction than reality. For decades, we were promised something that never came into being. Or did it?

Many futurists cling to the idea that technology always created more jobs than it destroyed. This was true in the past. There is another saying that might be applicable: the past does not equal the future.

For this reason, it is presumptuous, in this era of rapidly expanding technology, to believe that we will see a repeat of the past. That said, we can even question whether their claims are accurate.

Here is the United States Labor Force Participation Rate. Notice how it peaked nearly 25 years ago and is on a downward trend since then.

Why is this? Twenty years is a long time. That would eclipse any recession or economic cycle. Yet we see a serious reduction in the working age population. It is something that extends beyond a single administration or some type of stimulus. We are looking at something monumental.

Personally, this looks like the result of technology. It is not uncommon to see technology disrupt things completely. When we thing about the advancements, along with changes to society, over the last 20 years, it makes sense.

Therefore, while many do not claim to have been replaced by a robot, their job was eliminated because of technology. Think of all those who worked for Blockbuster Video. They are out of work because of a technological shift (that their company missed). Thus, we can say they were "teched out" even though they do not see it that way.

And now we see the robots are coming.

Robot Orders On The Rise

Corporations are going to do all they can to eliminate the gaps in the labor market. One of the challenges with the increase in wages is that it improves the ROI on automation. When a company is paying $7.50 per hour, perhaps the automation does not make much sense.

However, if the company is paying $16.00 per hour, then the ROI looks a lot better to a CFO.

Since we have appear what appears to be a shift in the workforce, companies are adapting. Here is how they are operating.

Companies in North America added a record number of robots in the first nine months of this year as they rushed to speed up assembly lines and struggled to add human workers.

Factories and other industrial users ordered 29,000 robots, 37% more than during the same period last year, valued at $1.48 billion, according to data compiled by the industry group the Association for Advancing Automation. That surpassed the previous peak set in the same time period in 2017, before the global pandemic upended economies.

While this is telling, there is another point that shows how much if an impact this can be making. The traditional automation sector is automobile manufacturing. That was the leading purchaser of robots.

That sector continued to buy but something else took place.

Robots also continue to push into more corners of the economy. Auto companies have long bought most industrial robots. But in 2020, combined sales to other types of businesses surpassed the auto sector for the first time - and that trend continued this year. In the first nine months of the year, auto-related orders for robots grew 20% to 12,544 units, according to A3, while orders by non-automotive companies expanded 53% to 16,355.

The link has a short video that shows how automation is entering the fast food business, with the fry machine being automated.

Anyone who regular reads this blog knows that the greatest threat is not to blue collar workers or coming from robots. Robotic Process Automation (RPAs) will have a much larger impact due to the fact they are replacing white collar jobs. These devices are trained simply by "watching" what the user does and mimics it. Eventually, the person trains his or her replacement.

By the end of this decade, things will be a lot clearer. Unfortunately, we will not start the discussion until it is far too late.

The time to start addressing this issue is now. Of course, nobody will do that.

We were mentioning robots and ai over dishes earlier this evening. Should be interesting seeing this all unfold.

It will take a while in some areas. However, in others, we will be surprised how quickly they pop up.

Robots will definitely take away the jobs but I still think there is no way for them to replicate a human completely. So I think our data is still valuable and a new way of thinking is required. I can imagine self-driving trucks or airplanes just doing everything without having to pay for the actual pilot or drivers.

That is true. There will be limitations. We will not see the end of people like the Terminator idea promotes.

So far, our robots are rather pathetic in their general capabilities.

The truth automation is less expensive and more reliable considering fact that human being with our behavior. Robot can't replace all human but many humans will be jobless and that's we need to secure our place in crypto before jobs becomes less available.

I agree. Crypto is the answer to a lot of what is coming down the road. It is sad so many people do not see that.

Robot will one day take over peoples jobs but if the same people develope themselves in other fields of life, they will do just fine.

Soon technology is going to take many Job we are working. Technology like robot has been using by many companies,the robot help the company to reduce work load like staff,they are now working what staff can work, that's the more reason people need to join crypto currency because soon all the companies are going to make use of robot to work.

I sure hope the robots can make burritos and !PIZZA

They are working on French Fries right now.

It takes time to work their way up.