One of the major tendencies of technology is that it gets smaller over time. The physical size of the device diminishes while the power increases. This is a constant throughout many different technologies.

Here we see how mobile phones changed a great deal over the years. We see a similar trend in cameras. Today, most use the cameras in smartphones which are the smaller than a thimble.

Eventually we are going to see the size of devices get even smaller over the next two decades. This means that we will see nano levels reached which translates into body entry.

This trend is moving into the MRI world. Here we see an industry that puts out products which are not only very expensive but also require an entire room to house the unit in.

Soon, this could be a thing of the past. Hyperfine has developed their Point of Care unit which allows the MRI unit to be brought to the patient as opposed to the other way around. Developed by healthcare technology company Hyperfine in the US, the point-of-care (POC) MRI system was first revealed last year, and the manufacturers claim that it’s 20 times cheaper, uses 35 times less power, and is 10 times lighter than its larger cousins.

The obvious advantage is that MRIs could be available to those in rural areas. Due to the cost and space required, many smaller hospitals and facilities are without access. Those in communities not so heavily populated often have to go long distances to get MRIs done.

This particular product is in trials at the moment. More testing needs to be done before it is approved for widespread use. The potential, if this is successful, is enormous.

Here we see just another phase in the long-term technological trends. The cost of healthcare is common discussion these days in political circles. However, the tendency is to focus upon who is paying the costs, not what is going to happen. Technology is going to blow up the medical industry. This is just one example of how technological development is going to bring the cost of health services down over the next decade. The benefit to a product like this is that it tends to open the floodgates. Do not be surprised that, if this is successful, we see a rash of other products that are smaller and more powerful behind this one.

That is how technological development seems to unfold.

Of course, there are hundreds of other areas of healthcare where the laws of IT are coming into play. With companies such as Apple, Samsung, Phillips, Siemans, and Microsoft all targeting healthcare, it is hard to see how the existing entities are going to stand up to this assault.

The next decade will reveal an entirely new healthcare system. Advancements such as this MRI machine will help to usher in a time when people have greater access to health services and for far less money.

Technology will disrupt all sector and in unimaginable ways. The rise of the artificial intelligence and the power to manage that will be key for future governance. Technology will be fine but the governance of that prowess and power will determine if the disruption will be beneficial or not.

Of course we will see nano level, technology is getting even more miniature and efficient and I can't even imagine all the possibilities with the MRI itself.

Yeah, getting smaller and more portable. Tech is on its reach to every human.

Minaturization can certainly be a marvel, and one with lots of positive effects. I suppose the only thing I would inject — perhaps as an observation, more than a caution — is that whereas smaller devices may be really cool, the size of the average human hasn't decreased... and we have to assume that we are often the users of these devices. When you look at something like the smallest iPods, they are pushing the limits of physical functionality...

... but I'm probably in the minority; it's probably just my background in usability and interface design that's rearing its ugly head!

Just today the doctor came home with a portable EKG and it wasn't need to go to the hospital for some investigations. While this is not revolutionary and it was possible for quite some time, it just shows the tendency for making thins smaller and portable. Also new devices like Apple Watch include medical sensors and act as a walking monitoring system for checking your health, sending it to the doctor, sending alerts or other features. Just amazing! 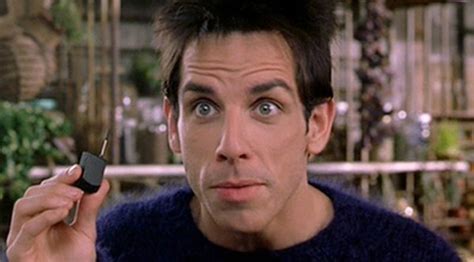