Most of us hear about Snapchat. It is the extremely popular messenger application that caught people's attention with the ability to add in augmented reality. This had many playing the stock as a side angle as an AR play. While I didn't agree with that assessment at the time, it seems the company is serious about this platform.

What I am going to detail here is not for sale. In fact, it is only for developers which is an interesting approach. Essentially they are opening up the development to a widespread community to bring more applications to market faster. 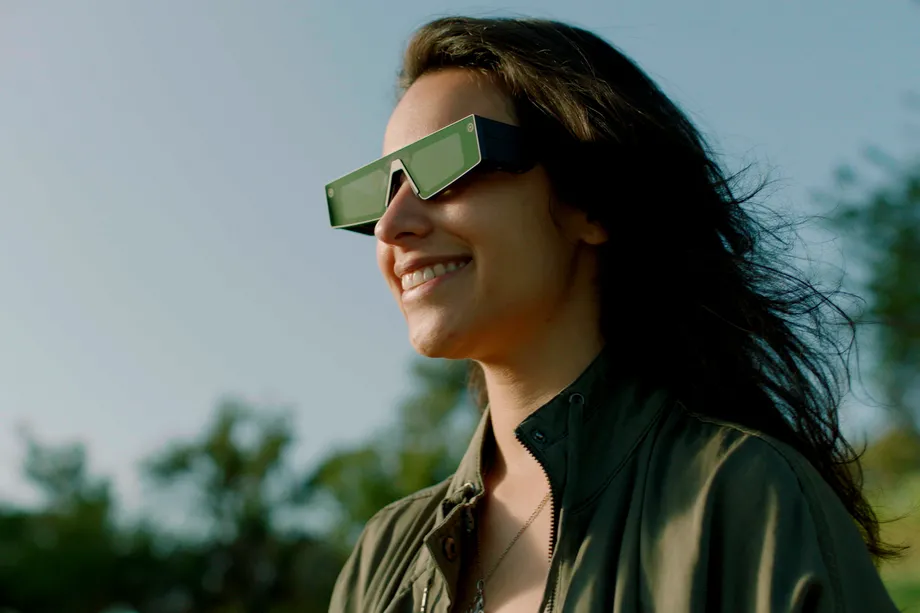 The latest Snap Spectacles is seeking to bring AR to the masses. We see the goal of trying to get people accustomed to having a mixed reality experience.

Here are a couple of examples of what things could look like. 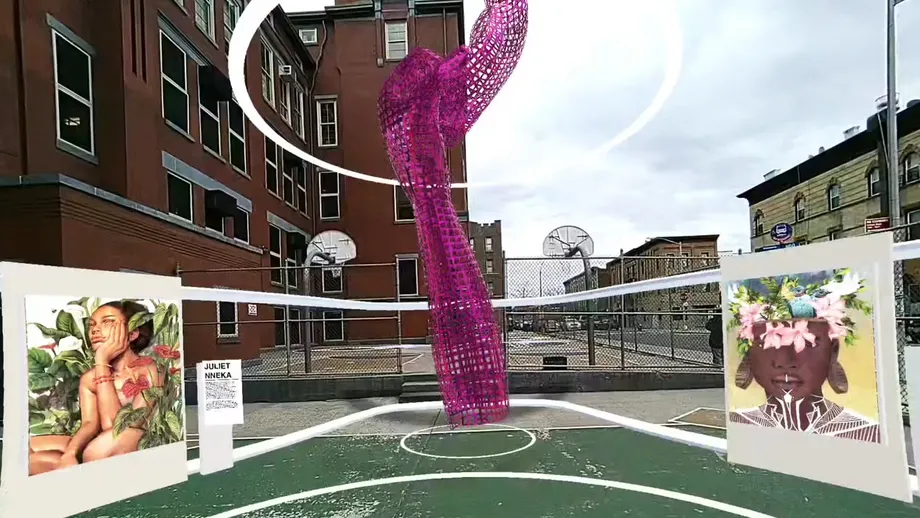 Augmented Reality is thought to be the next big move in technology. They believe that it will be years ahead of VR since it requires much less development. The goal is not to create a fully immersive experience. Instead, companies seek to enhance one's physical world experience by having a digital layer placed upon it.

The above images show how that could look.

Of course, other than being pretty cool, the utility of the images are minor. However, we could easily see how more development could lead to an entirely different relationship with images and information.

Before getting to that, notice how the experience is done through glasses. This is in contrast to many AR experiences that are through a phone. We can see the difference simply in contrasting different pictures. To take it one step further, click on this link and then use your mouse to scroll down. We can see how the glasses give a much different "feel".

This is all part of the transition away from a physical only world. Web 3.0 is the merging of our physical, digital, and, ultimately, biological lives. Here we can see how the physical world will be enhanced by the development of glasses of this nature. We can see from the picture on the phone how AR provides an overlay of digital information.

Unlike the first set of pictures that had nice creations on them, we can imagine how valuable it would be to have street addresses or names of stores popping up before our eyes. Or perhaps we could see the technology advance to the point where facial recognition allows us to see the name of someone we met at a party but just can't quite remember who he or she is.

Right now the field is wide open. Snap was always one to pursue the AR realm. Facebook, through its acquisition of Oculus, threw its hat in the VR ring very early. Meanwhile, Microsoft is going into the AR realm via their Hololens technology, which uses, as the name depicts, holograms through its headsets.

One of the forerunners into all of this was Google with their Glass product of years ago. That was scraped as it became a failure. The challenge, as I see it, is that it was ahead of its time. Computation and communication systems were not strong enough for it back in 2014. That is not the case from now going forward. Thus, I would not be surprised if Google was back in this market. 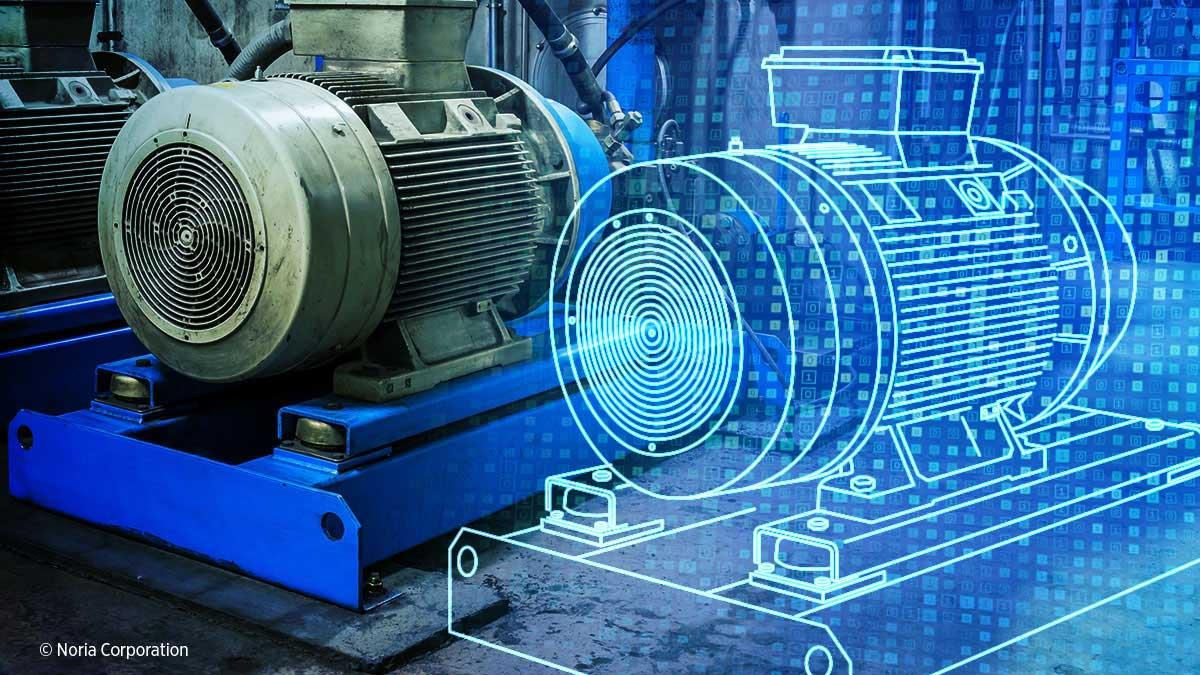 Ultimately, we will be able to create a digital twin of everything in our physical world. Right now, this is something that is mainly focused in the manufacturing realm so that engineers can do make adjustments to develops digitally before implementing them physically. However, as the computing power increase, there is nothing that says we cannot do the same thing with everything our glasses "see" and have it uploaded. This will effectively start recording our lives.

We then could see that digital layer amended and merged with Virtual Reality to create a host of unlimited possibilities. Essentially, we could be creating our own VR spaces, one that we could share with others. In the end, it would almost be like generating a video game, one that could be, naturally, tokenized if we so chose.

Of course, it all has to start somewhere. For Snap, they are looking to develop applications that are tied to its AR glasses. It will be interesting to see what this approach yields in terms of utility that the technology will eventually provide.

This is for informational purposes only. The article is not a statement, for or against, Snap Inc as an investment.

For some reason, I think I prefer VR over AR because I don't think games will be fully immersive if its only AR due to limitations in space around us. But yea Snapchat is definitely working on some interesting things and do you think AR will replace things like our cell phones?

Games will not be immersive in AR. AR is better thought of as an informational technology. I see the key benefit is bringing information to the 3-D, physical realm. It is bring the search engine to life.

I never used it either so I have no idea what it does. But I have read enough on it.

To me, it was still at the stage of enabling people to do dopey things (probably why it appealed to teenagers). Yet the ensuring generations of technology will likely allow for much greater things.

Augmented Reality? Well my question is, is this a step up to VR or is it like something different, maybe a realer version of VR? although from the pictures I could tell these are true to life scenarios and sincerly it's a huge step up, imagine having to have all this aspects of reality on the snaps. Sophisticated and expensive.

Augmented Reality is a digital overlay of our physical world. Virtual Reality is striving for full immersion, activating as many senses as possible to make that "reality" seem real.

It's amazing, I never knew that could really be possible until now.

AR is much more interesting/exciting to me than VR, personally. I love the idea of integration and interplay between digital and physical reality, as opposed to "transcending" from physical towards digital. They go together! AR will be cool to see if it can get past the "Google Cardboard" phase

It will be interesting to see what comes out of all this. AR is easier to create in my estimation since only a digital overlay is required. VR is a lot more in depth. I have a feeling we will see VR eventually take over (perhaps it will be decades down the road) as we move more towards being digital beings.

This is amazing if VR will be replaced with AR. Relating to the pictures above if that is the next level Snapchat is working for AR to bring out the beauty in pictures taken that would be so great because it feels so real and shows good quality.
What I have to day is this if AR is up and running, I really think is going to consume lots of space in bringing 3-D qualities in pictures.
However playing soccer in AR quality will make a lot sense, the graphics and display will give joy.

Most of us hear about Snapchat.

But in all seriousness, the possibilities for AR are exciting.

It starts with catching Pokemon and putting funny hats on your head when you video chat with family.

Ending up with full virtual worlds which you create, own and can tokenise.

Can't wait to see where this tech goes.