Real Estate Is Going To Get Crushed

This is not referring to the present bull run in real estate. Instead, we are focusing upon the longer term consequences of what is taking place.

Real estate is about to get hit with the technological curve. This is where technology advances so that it becomes completely disruptive. When this happens, real estate is going to suffer greatly. 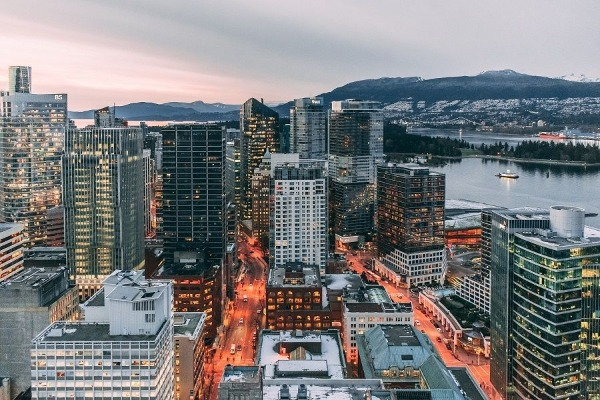 Presently, we are seeing the work-from-home movement taking hold. We are going to have to wait a bit longer to see how the near term shapes up. It is likely that many more return to work throughout the rest of the year. Nevertheless, we are seeing a shift that cannot be ignored.

This is something that we do not see talked about a great deal. However, it is vital to what is likely to take place over the next couple decades.

Have you ever wondered why the majority of the population lives within a 75 mile radius of major cities?

The answer to this lies in the concept of a monopoly. Basically, for the better part of 70 years, the urban areas had a monopoly on the good jobs. While there were many reasons to relocate to the cities, the main draw was jobs.

It is this that led to the massive shift in the population over the years. The exodus out of the rural areas was completed as manufacturing left developed countries. They saw their standards of living demolished while the urban areas benefitted.

The work-from-home model is larger than what people are realizing. This is truly a "work-from-anywhere" movement that will have an enormous impact on real estate.

One of the biggest changes was the use of Zoom. This is something that came out of nowhere.

While Zoom got a lot of attention, video conferencing was available for the better part of a decade. Yet, in spite of advancements in communications, the service was not widely adopted by businesses. Of course, COVID changed all that with Zoom's user base skyrocketing as soon as the shutdowns occurred.

The first is that people are not going to return to the way they were before. Video conferences might fall off a bit in the short-term as people return to the office. Nevertheless, they are here to stay.

Also, this is the first iteration. What this means is we now see a market established. The tools that are going to be developed over the next few years are going to make the work-from-anywhere concept really take off.

Do not forget, over time, as technology is updated, we see things move forward in ways that are often unimaginable.

There Is Plenty Of Land

Urban areas are packed full of people. Everything is on top of each other like sardines. When trying to maximize space, each plot of land is extremely valuable. Hence, we see cities with millions of people yet not occupying a great deal of land.

This is coupled by the fact that greedy government officials (and politicians) hike taxes, fees, and everything else in an effort to fund their pet projects. Here we see another layer added to the cost of living.

Of course, for decades, there were few options.

The work-from-anywhere movement is changing this completely. There is no need to be packed in anymore.

We are going to see the technological tools that are developed for this purpose really take off. Give it a few years and we will see the likes of Microsoft, Facebook, and Salesforce offering services that make what we are seeing today look archaic.

A major issue in many of the urban areas is the simple fact that people have fought the building of more housing. This is especially true in those cities where the wealthy had the influence to block any new development. Of course, the scarcity does wonders for the equity those people have in their homes. It also sends prices through the roof while hindering the growth of the area. With a monopoly, no problem.

This could be changing though.

The New York City Taxi Medallion is a lesson for all to learn from. Here is an example how a monopoly was established yet was ultimately destroyed by technology.

In that city, the cost of a medallion for taxi service was $200,000. That price was raised regularly by the Taxi Commission which ended up moving it to $1 million. This is the price that taxi drivers has to pay to operate.

Of course, the Commission felt cab fares would keep paying the increasing rates needed to meet these medallion prices. It was, after all, the New York City.

We know how this one ended. Uber came in offering a nationwide application that allowed people to fare rides for much less money. Also, due to the rating system, both driver and rider could check out the other. The cars were usually cleaner which also enhanced the experience.

When we see what is happening with the real estate market in cities like San Francisco and Los Angeles, we can see a similar situation arising.

One challenge is that the medallion system was not only affected in NYC. This ended up being a national situation as ride sharing firms popped up in every major city. Medallions all over the country ended up tanking.

The impact on technology on everything cannot be overlooked. We are going to see more advancements in the remote work around which will spread things out geographically.

When bubble pop, it is a painful situation. Again, this is not referring to the present bull market run. Instead, this is the multi-decade propping up due to the monopoly on jobs. This theory claims that we are going to see a massive popping of an artificial pricing mechanism as people are able to turn their backs on this areas.

This is going to crush real estate prices. When artificial pricing mechanisms pop, it is bloody.

It is something that will not happen next week or in the near term. However, over the next 5-10 years, this trend will likely be in overdrive.

2022 will be an interesting year. We'll see if work-from-home really takes off then. My guess is there will be a lot of push back in certain industries. I know in California, local and state governments are writing government worker policies to restrict them from living out of state. WFH will no doubt be lead by the tech industry.

I know in California, local and state governments are writing government worker policies to restrict them from living out of state.

Yeah it is incredible how hypocritical the tech industry is. They are going to get crushed themselves as other firms start to develop alternatives and attract the best engineers and personnel.

I agree the next year will really see it starting to come to a head. I think those that push workers into the office will end up with missing the best employees.

The houses today must work, they must produce energy .. and the houses built 30 years ago are to be thrown away, in my opinion the value of some "old" properties will soon be worth very little.

Interesting viewpoint. I never thought about it in those terms but did consider what a completely "smart" city is like compared to one that is antiquated.

That would have similar impact as you mentioned but only on a larger scale.

I have been thinking for a while now that blockchain just makes a lot of sense for the real estate industry. What better way to have a chain of custody for a piece of land. It's just smart in my opinion. Another issue with the remote working besides housing (which you mentioned), is access to fast reliable Internet. Many rural areas still just don't have that. Kind of a pain to have a Zoom meeting on a 512Mb DSL line...

Another issue with the remote working besides housing (which you mentioned), is access to fast reliable Internet.

Starlink and others will have that solved very soon. In a year or two, that is going to be a non issue.

Hence also feeding into the collapse of the artificial urban real estate bubble.

It's gotta come down in price quite a bit first. Right now it is too cost prohibitive.

The taxi medallion stuff was just a way for NYC to make money. They obviously thought that riding sharing would never happen otherwise those people would of never bought the thing. I remember seeing articles about how the city was still charging people even though less people were using the service and they were losing money for years.

Yeah the major screwing was the people who bought them. They went into debt only to find their service not required. Of course, they tried to turn to the government again, the ones who screwed them, for a solution.

I dont think they fared to well.

Change in only thing that is costant in life, I believe That's why is like that.

It is happening at a larger pace.

Wouldn't say crushed entirely, what were seeing in Australia is a decluttering of urban areas as people are opting to move further out and away from busy centres.

This won't come without a fight from business as they own all those investments. Where already getting a push back to have people return to office based working. It will be interesting how the future unfolds as COVID is here to stay now and there will need to be changes.

High congestion will see the virus spread each winter. I'm just wondering how long it takes before the business sector gives in.

Real estate property prices in burns and outter areas have been steadily climbing where the bubble in the inner city is starting to deflate.

There is an ebb and flow to it. As one areas decreases, another will increase.

However, the crushed is something we cannot see now but it will be evident by the end of the decade. We are going to see technology completely remake those models that are used by present businesses.

This is going to obliterate a ton of value, including for real estate. Those areas that are high priced/high taxed will get zapped.

Just wait until people are able to cross international lines as some countries make it a lot easier to move in as they seek to encourage investement.

It all depends on how much medicine advances, and how many universities move online.

While the medical hubs are in the cities, the cities will remain too important to not really consider before moving.

@taskmaster4450le! This post has been manually curated by the $PIZZA Token team!