There is an image making the rounds that is related to a Tweet that was meant to settle a debate between Cathy Wood and Jack Dorsey. It appears that, in addition to being either clueless or full of you-know-what when it comes to decentralization, he really is not in touch with what is taking place with inflation.

Anyway, the Tweet was in response to two opposing views. That is an impressive chart and on the surface, it looks like this assessment is correct. Unfortunately, it is not. While it is easy to hyperbole the discussion, the reality is that this misses the key component.

A simple statement that talks about falling prices. What is the opposite of it to get rising prices?

Everything that is not touched by technology sees prices rise.

Notice the difference. It matters none whether government is involved or not. The fact is that everything went up on that chart is sans major technological disruption.

College Tuition and Hospital Services? There are two industries, at their core, that are the same as 100 years ago. People still operate in much the same core fashion. While there were advances, the industries are still as they were a century ago.

For upper level education, we still send kids away for 4 years to the same institutions that exists back then. In fact, they can sit in the same lecture hall as student from early in the last century. Little has changed but the price tag.

As for healthcare, it is still a break/fix system. Many have referred to it as "sickcare". We do not engage with the profession unless we are sick. All the technological advancements over the last half century and we still have to wait until something ails us before receiving help.

Certainly government intervention doesn't help things yet it is not the crux of the issue.

It seems most people do not pay attention to what is taking place. There are so many instances that go against the present narrative it is mind boggling. One thing Cathy Wood understands is the impact of technology.

For example, how is your brokerage account? Are those trading fees adding up on your stock transactions? Of course they are not. It is completely free these days. This was not the case 35 years ago when it cost near $100 per trade. Everything was manually done and the major brokerage houses dominated the landscape.

What happened after that? In the early 2000s, we started to see the online discount brokers popping up. The likes of Scottrade and ETrade took a ton of business by offering trades for under $10. Over the past year, this evolved into the no fee trading, with most of the industry eliminating all trading fees on basic stock transactions.

Healthcare: Apple, Microsoft, Google, and Samsung all have large medical divisions. These companies are working their way into the medical arena. It is their goal to make it data driven, something all these companies know a great deal about. Expect to see the wearable industry end up being tied into what these companies are putting together. They are going to shift everything to a real time monitoring system with advanced screening.

College Tuition: This is an easy one. Most of your second tier institutions will be wiped out by the early part of the next decade. We are going to see curriculums designed for specific jobs where people spend 3-6 months online training for many positions. While there are going to be some that require the full physical experience, the majority is going to switch. If the workforce is going remote, why does anyone believe that the education system won't also?

Along that same line, we already see the drop in college textbooks. Many of them went open source which has cut into the monopoly some of these professors has by forcing kids to buy the book he or she published. 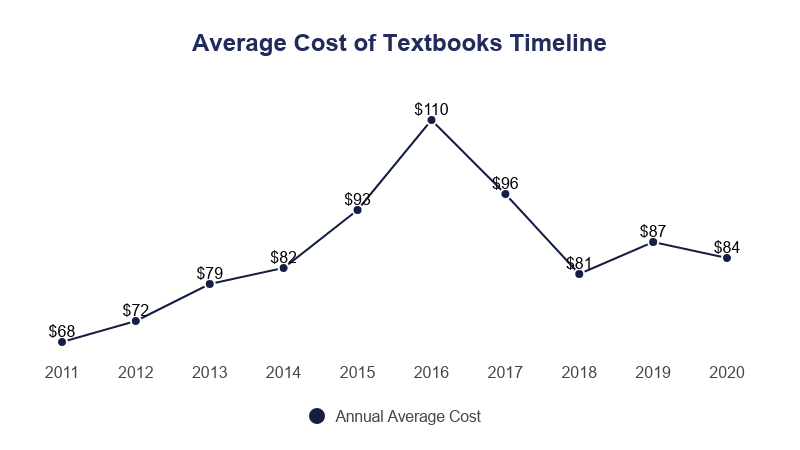 Housing: This is one that is already shifting. From the land perspective, the artificial urban real estate bubble is about to pop. This is a result of the monopoly on high paying jobs that urban areas had. With remote work. this is going to shift hard by the middle of this decade.

We also are going to see technology radically alter the construction industry. When we see what is happening with AI, Robitics, 3-D Printing, and the material sciences, it is easy to determine where this is going. None of that is going to raise prices over the next two decades.

Food: This is ironic since the agriculture industry is quickly becoming one of the most technologically advanced industries we have. The challenge is we are still limited to where food is produced. That is going to change over the next decade with advancements in things such as climate controlled farming enter the mix. This is going to put production closer to consumption, a fact that reduces transportation costs which make up a significant part of food costs.

A decade ago, few were aware of the retail apocalypse. They did not realize that shopping was going to get a lot more convenient, and less expensive. The online world changed that a great deal.

The list of technological disruptions keeps growing. To bet against technology is never a good thing. The idea that Dorsey is trying to promote, like his view on decentralization, is completely off base. We are in a technological era that is expanding exponentially.

To bet against that is pretty foolish consider the track record over the last 25 years.

Technology will definitely cause deflation and I am looking forward for everything to play out. I am still a bit skeptical about them being able to generate enough food in the cities anytime soon. It sounds like things will take decades to play out.

I am still a bit skeptical about them being able to generate enough food in the cities anytime soon.

I agree with this. We are not seeing the investment into it we should. That is part of the problem. A lot of the technologies that are required are being overlooked.

A valid argument. In my view, everything that is subsidized by government does not promote innovation and hence lag behind. Since there is no urge, motivation and benefit to work in a sector that is heavily subsidized (healthcare, education), the focus must have shifted to sectors where the tech disruption can make money and create a role.

Disruption rarely takes place within an industry, by those within it. It takes place from outside. Look at retail. Amazon completely upended that, not Sears or Walmart, two of the biggest names in US retail.

As for innovation, remember that much of what you use was funded by government research. Even the internet came from there.

Great article buddy. You always make me look at the world so differently. I had no clue that Apple, Microsoft, Google, Samsung making their way into the medical industry.
Our education system has needed an over haul for a long time :-)

It is interesting. Over the last decade of my job, I saw Apple making greater headway into the medical offices I dealt with. A decade ago, it was rare to see an office with Macs. By the time I left, it was fairly commonplace. What actually pushed it was the tablet, which doctors and staff were equipped with to access patient info.

So it is starting. Once in the door, expect these companies to gobble up more of what is taking place.

The College-Tuition gets me all the time. I read a lot about the costs for it. But the nearly 200% increase are insane.
For me it's something I never think about cause in Europe it's mostly free. But it's hard seeing to have money to get into a good college :(