3-D Printers: Advancing Us Into The Space Age

Technological convergence is what really advances us forward. While individual technological progress can thrust us forward, we really see exponential change when different technologies converge.

It is often a situation where one technology is able to leverage another for advancement.

We are seeing this in the space race that is taking place.

At the heart of this is a topic we discussed quite frequently. 3-D printing is making a radical push forward in many different industries. As noted in the article 3-D Printing Disrupting Construction, we can see how this technology is helping to lower the cost of building different structures.

Many believe 3-D printing can offer many of the same benefits to our advancement in the space age. 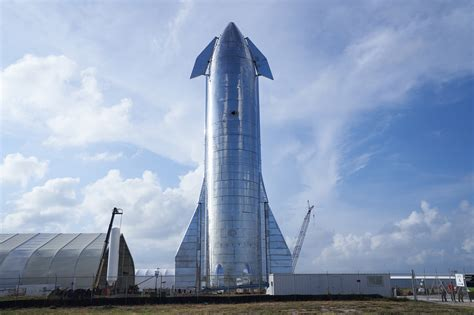 We saw the original space race occur between governments. Back in the 1950s and 1960s, this was the medium where the United States and the Soviet Union squared off. Each country was staking its claim to what it believed was the future.

The Soviets were the first to get into space yet the American bested them by landing on the Moon. Both ended up being significant accomplishments which were not really followed upon.

For a couple decades, the United States space program was advanced by NASA. The government was at the center of it, operating the Space Shuttle program. This was not the most efficient of operations while also failing to capture the imagination of the general public. When the program ended, few really even took notice.

This is not the case today. To start, this era is marked by private companies taking the initiative. We are not seeing the advancement being pushed by governments. Instead, it is the entities such as SpaceX, Virgin Galactic, and Blur Origin pushing the envelop of what is possible.

Since private enterprise is mostly running the show, costs are a major concern. Unlike the government which specializes in spending other people's money, these institutions have people to answer to. Thus, innovation is at the heart of what is taking place.

Do you think going from 5,600 parts to 40 is an improvement in efficiency?

When it comes to rocketry, this is what 3-D printing is bringing to the table. The ability to reduce the number of parts during manufacturing reduced the number of hours required for assembly. Instead, sections are printed in complete form.

A redesign of the Apollo F-1 engines using 3D printing reduced the number of parts from 5,600 to just 40. No company has yet to reduce this number down to one, but it’s undeniable that 3D printing has brought about a new age of fast, responsive rocket engine development.

One of the biggest advantages to printing rockets for less money is the ability to blow them up. It is quite common for companies to experience rockets bursting into flames. The ability to print them in many different materials allows for rapid testing.

Essentially, rocket research is best described as "fail faster". The fact they can do it cheaper makes it a more viable industry.

This is becoming a central part of the space industry. 3-D printing technology is becoming the standard. No longer is it a novel idea that companies are experimenting with.

Virtually all new rocket companies and space startups are adopting 3D metal-printing technology. It accelerates their development phase, helping them survive the crucial years before they manage to get anything into space. Of note are Rocket Lab, which uses its 3D-printed engine to launch rockets from New Zealand, and Relativity Space which is 3D printing its entire rocket. In the UK there’s, Skyrora and Orbex. The latter aims to launch a rocket using a 3D-printed engine as early as 2022.

While this is not the "replicator" from Star Trek, yet, it is a major step forward in the manufacturing of rockets. As we can see, there are many companies that are utilizing 3-D printing technology. So far, we are developing prototypes by many of these types of rockets will be launched in the next year.

The idea is to leverage the rapid advancement in 3-D printing to accelerate the progress being made in rocketry. In turn, we should see the cost of getting into space come down while also being able to produce more in less time.

How this all unfolds remains to be seen. However, it is safe to say that, throughout this decade, both 3-D printing and rockets will be advancing in parallel. Will that get us to the Moon or Mars, we cannot tell. What it will do is allow for less expensive rockets built in a shorter period of time.

This technology will help advance us into the Space Age.

For more articles about the advancement of 3-D printing:

Well considering how expensive things are, I think 3D printers will make the process both cheaper and faster. I think space age is still a bit far off since we haven't even made a base outside earth yet though.

That is also a possible use case, 3-D printing things once out there. I believe there is a 3_d printer on the ISS.

This article pertains to the actually 3-D printing of the rockets and its parts.

Driving down costs should certainly accelerate things. We will see how quickly this will come about. My presumption is that next year will be important since many of these 3-D printed rockets will be fired up.

We will see if they can get airborne without blowing up.

On point my friend on point

I am not sure what you mean by external details.

But there is a lot of different things being made using 83-D printers*. I have a feeling in a few years, most of the vessels will be 3-D printed.

I've seen 3D printing skycrappers where first initiated in asia. Where it was effective faster and less costly.
I don't know about the durability tho. It has to be solid enough to be a replacement for a spare part of a spare ship.
But i guess they've thought it over. And timing is crushal so, it could really drive the space industry forward.
🙏 Thanks for the Intel @taskmaster4450le

I am not sure the project you are referring to but most of the 3-D printing in construction deals with concrete. So I would imagine it is as strong as any other concrete structure.

The real jump in the space exploration part will be when they can "print" what they need on the fly. For example, if they land on Mars and then are able to print a building when they get there. Or spare parts. Or whatever. If they are able to just bring raw materials, or better yet, gather them from whatever planet they're on, and program the machines to print what they need, then the future will really be now.

You would think they'd be able to get that all put together before they leave this planet, but they probably will need some major testing "printing" in zero-gravity or similar situations. Which is one of the reasons I can't believe we haven't established a manned base on the moon yet. You would think there could be a ton of research done there and it's not very far away....

For example, if they land on Mars and then are able to print a building when they get there.

My guess is, with the advancements in the material sciences we end up seeing buildings "grown".

Also, there is already a 3-D printer on the ISS that is used to print out tools and parts. So they are already getting there on that end.

Well that's good. I didn't know that. It totally makes sense though. I wonder how much of an impact printing with zero gravity makes? You would think that since it's all programmed in that the machine could print it however it needs to be printed, but the "stress" of gravity has to make some sort of difference in how they perform. It's good it's being tested.

Aviation and aeronautical were the two fields that were traditionally heavy users of 3-D printers. The fact that the technology is advancing means that it can accelerate the process.

As a Maker I have to say 3D printing has created a revolution in what is possible. The idea that you can now design a mechanism and then print it as one single part will lead to a rethinking of everything I have learned, Both design and material usage.
I have yet to get a 3D printer but my mind is doing acrobatics thinking about the possibilities.
What I love most is that a lot of its development is happening within an open-sourced, democratised community.

There are certainly enormous possibilities. We will see what happens over the next couple years.

I agree we need to see a robust open0source 3-D printing community. If that is the case, people will be able to develop a lot of what they need while innovation expands rapidly.

Funny to think that everything came to a standstill for so long and now it is full steam ahead again into space exploration. It is like we skipped some generations and now back on track. 3D printing has so many uses and not surprisingly these companies are reducing their costs with such applications.

Have you seen the Bugatti Titanium 3D printed brake caliper?

A mixture of AI design and high strength metal printing. I know it's for a car, but when you say space age this is what I think of.

Submit
0.00 STEM
4 votes
Reply
[-]
poshtoken  last year
The rewards earned on this comment will go directly to the person sharing the post on Twitter as long as they are registered with @poshtoken. Sign up at https://hiveposh.com.
100%
-100%

@taskmaster4450le, you've been given LUV from @pixresteemer.

Nice. Its crazy what technology we have nowadays.

It can accelerate things, that is for sure.

We will have to see how much of an impact it has on time and cost.