2025: We Will Not Recognize The Restaurant Industry

It is amazing how quickly things are changing. This is a point that is vital to keep driving home. Over the last year, we probably saw technology pulled forward by at least 2 years. This is going to radically transform many industries.

One that is pretty obvious is restaurants. We are already seeing a squabble that is going to be resolved by technology.

As the economy reopens in many areas, restaurants, especially fast food, are finding difficulty finding workers. There are two points of view on this, obviously depending upon the position on is in.

Employment at eating and drinking establishments is 15% below pre-pandemic levels, according to an April report from the National Restaurant Association. Economists blame the shortage on increased unemployment insurance, which they say has disincentivized furloughed or laid-off workers from returning to the industry. Workers argue that the pandemic has made clear that restaurant jobs just aren't worth the low pay, lack of benefits and safety risks, with many seeking jobs in other industries.

This makes a great deal of sense.

After being furloughed for so long, many are starting to question what they did before and why.

It is a situation that is not serving the restaurant industry very well. Here is where automation is going to enter the picture, mostly out of necessity.

"When the pandemic hit we saw the whole food industry wake up and say, AI, automation, robotics—this isn't sci-fi anymore, this is survival," said Buck Jordan, the co-founder and president of Miso Robotics.

As we can see from the above video, the industry is starting to see the automated tools about to enter which can help to fill their kitchens. While this might not seem like a big deal, any tasks that can be automated will eventually lower the number of humans needed.

This is the main goal now that people showed they are not willing to return to the same drudgery for low wages as they experienced before. Personally, I think this is a good thing that people are doing.

At the same time, businesses have to operate. Restaurants are an important part of the economy and losing them is not in the best interest of anyone. For this reason, I also applaud businesses that are turning to automation to make up for the shortfall in human workers.

It is a situation that will lower costs in the long run which would enhance profitability while also being able to reduce prices. Workers wages are just one part of the total compensation package. Eliminating humans can be a mammoth boost to the income statement, something all companies love.

There is also the factor of reducing costs associated with injuries. It is very easy for people to get hurt in kitchens. Even in fast food places where much of the process is automated, the danger of falling on wet floors, oil being splattered, and a host of other perils exist.

With a robotic "fry cook", none of this matters anymore. Plus, the device can operate 12 hours per day, 7 days a week. There are no days off, sick time, or vacation. Simply turn it on and let it go. 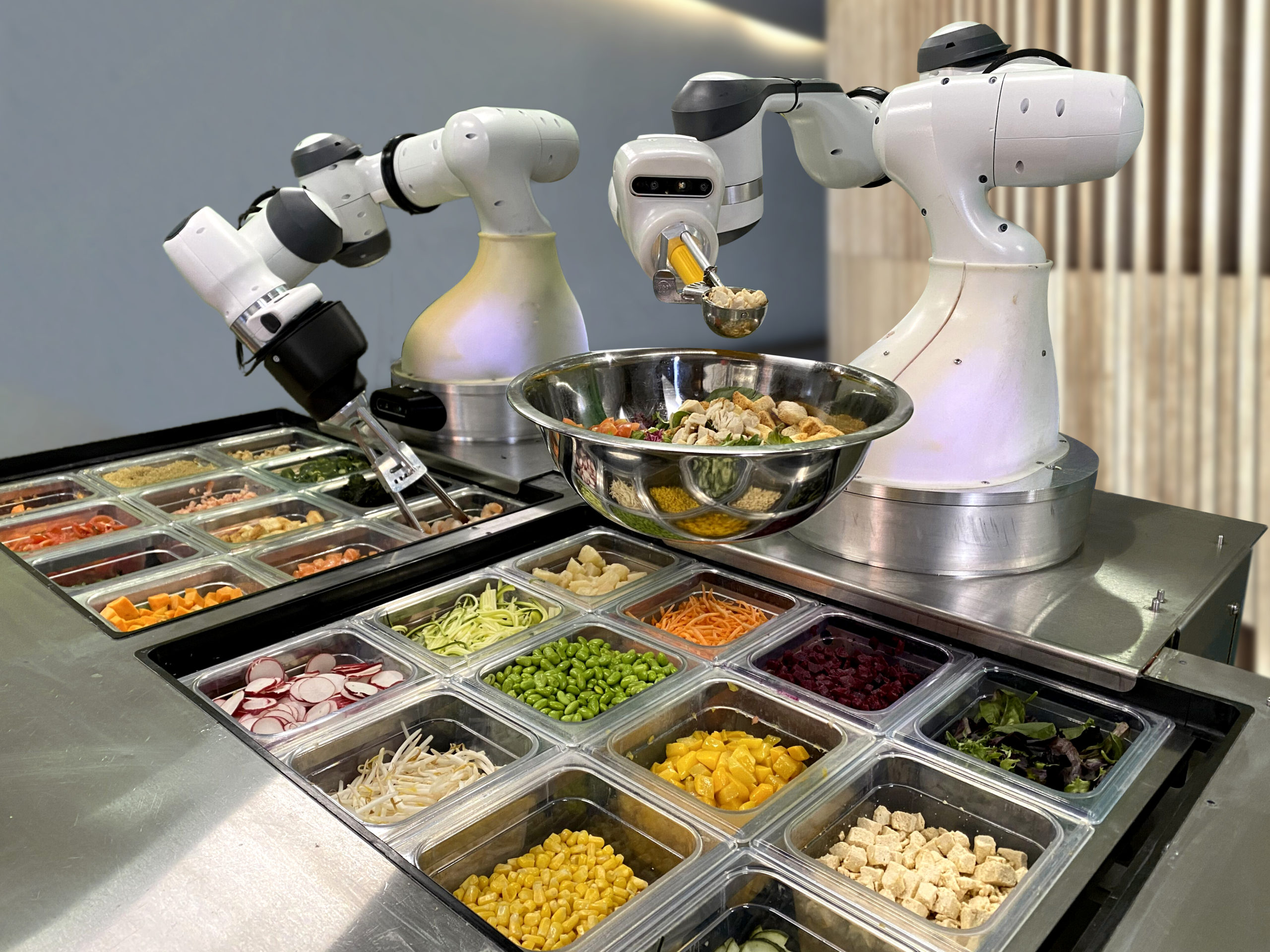 This is one of those things we can call a "done deal". There is no turning back. Companies are rushing headlong into R&D to automate different aspects of the kitchen. This is already attracting large sums of investment dollars. Many startups are getting early funding rounds into the tens of millions. Investors realize the market that exists.

Over the next 4 years or so, we will see a lot of breakthroughs in this area. While it might be more evolutionary than a complete makeover of the entire kitchen, we will see tasks automated regularly. As this happens, the ratio of people to machines will start to decline.

While some feel this is a bad thing, I believe it is the best thing that can happen. Let's get it over with already. Automation is coming and it, historically, always improved things. Robots were able to operate in a more consistent manner, eliminating mistakes and providing a better product.

We will have to see if they are able to duplicate this with a service but the odds are they can. After all, consistent French Fries in a fast food place is very important.

Of course, as always, the negative side of the equation is jobs are eliminated. Yet, again, it is going to happen so we might as well get it out of the way. There is way too much time spent on whether it will happen or not and nowhere near enough on what to do about it.

The recent situation with restaurants is pulling things to the forefront. Workers are not willing to work for slave wages and businesses are not going to offer high pay for unskilled labor. This is the reality of the situation so why debate it. Each side is (and should be) firmly implanted.

So now we have to decide what to do about the job loss and how to best approach that.

Leaving that aside, we are now to the point where automation is no longer a threat to jobs, it is starting to take them. Where there is a shortfall in labor, this is welcomed. However, let us not fool ourselves into believe corporations are going to stop just with worker deficit. Give them a chance to replace the other humans in the company and they are going to do it.

It looks like the restaurant industry is one of the first ones on tap. We will watch how things progress in this area.

This should tell us a bit about what is going to happen elsewhere.

I'm still asking myself how governments will handle automation. UBI is probably a solution, but most probable not much in favor of former working men.

I agree this is most likely what we'll see soon enough in fast foods. But speaking of 'fast', the robot in the video needs to speed up to compare to some human workers still employed in these fast foods. Which I'm sure won't be a big hurdle.

I read about this a while back and no one can blame them for not wanting to go back to work. I don't do take away that much and know about the unsociable hours as my dad was a chef. If I am going to a restaurant and I am paying decent money then I would prefer a human cooking my food otherwise there is no point. Basic food can be cooked by a robot but steaks have different thicknesses and different cuts so it remains mainly on touch and sight to see if it is cooked correctly.

Before the pandemic, there was a switch from full-service to fast casual. I suspect that this trend will continue as well.

While some feel this is a bad thing, I believe it is the best thing that can happen. Let's get it over with already. Automation is coming and it, historically, always improved things.

This pretty much sums up my view on this whole subject. I don't mean to downplay the issue that is going to be created with the loss of many jobs but it's something we are going to have to deal with sooner or later. In the end, the net effect of this process will be very positive.

We already have robot chiefs and robot waiters in some countries. I don't think we would need to wait until 2025 for it to be mainstream.

To be honest I'd rather have a robot in the kitchen than a human, because the later can be messy and negligent with the food they are handling, and having peace of mind that the food was properly cleaned and processed is very important when eating out

That is true too. There are a lot of advantages to automation in addition to consistency. When it comes to this matter, robots would likely win.

Actually I am thinking restaurants could be open 24/7 if its run only by machines. Do you think that would be a good idea even if there are hours with less customers?

Sure that is the advantage to automation. It really doesnt cost any more to run, for the "labor" part at least.

Some of then are near that anyway being open until 11 or 12 and opening up at 6.