Digital Transformation: From Atoms To Bits

The last few decades saw amazing transformations in the world. Fortunately, or unfortunately depending upon your view, things are just getting started. The technological leap forward is in its infancy. For all the advancements we made, as the old saying goes "you ain't seen nothing yet".

Our conversion from a physical to a digital world is remarkable. At the core of this is our advancements in computation and communications. Each decade, we see massive increases in speed as well as power. Essentially, both can handle more in a shorter period of time.

Most are familiar with Moore's Law. For all the discussion about it ending, we see to keep plugging along. 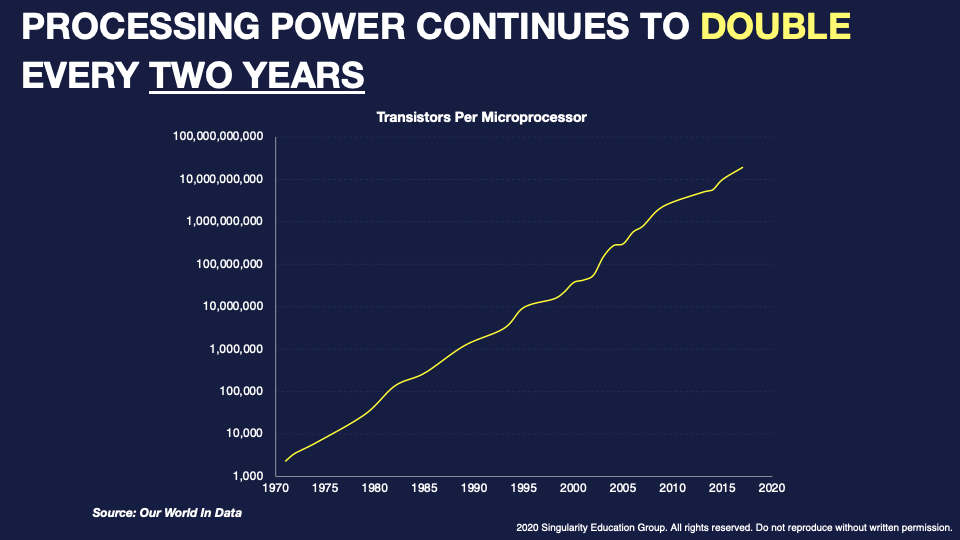 What most are not aware of is the speed with which people are connecting to the Internet. This all feeds into the fact that we end up creating more data with each passing year. 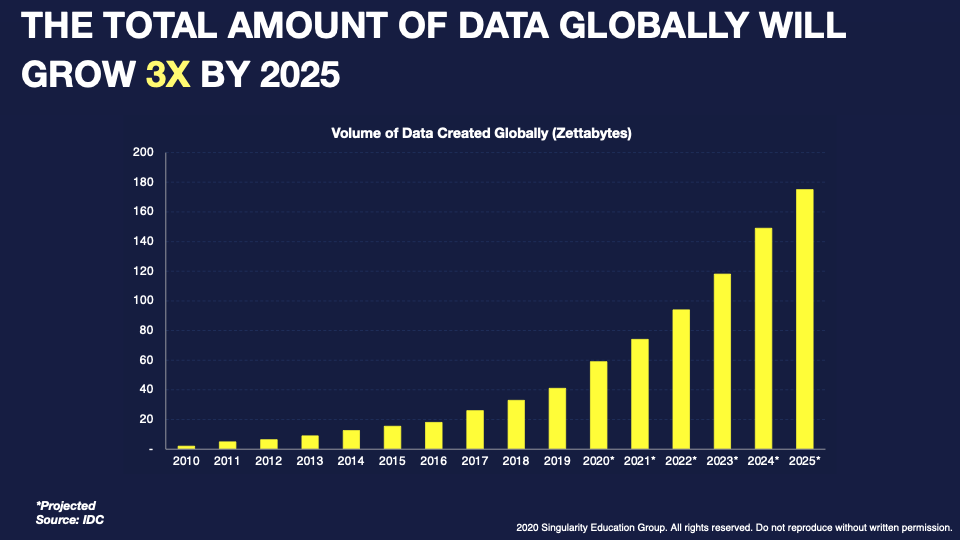 Here we see how life is in the digital world. When we see the impact over the longer term, we see how industries are disrupted.

One that was completely transformed was music. This once was completely controlled by the record companies. Today, the platforms wield a great deal more power. Music was once a resource intensive business. Think of all the raw materials need to stamp out billions of CDs, casings, wrappings, labeling, and then, of course, shipping. Today, a song is nothing more than an upload to Spotify's servers and then it is streamed to the customers.

Instead of sending atoms from one place to another, bits are simply transferred. The later is much faster and less expensive than the former. We see a similar transformation with money. What once was a physical realm is now rapidly becoming electronic. Of course, digital money is really nothing new as we saw the shift towards that over the last 30 years. First debit and credit cards and now payment applications have turned the world of cash into a distant memory for most.

Which brings us to the latest evolution: cryptocurrency. This is moving us into an entirely new realm since the application creators can supplement that with their own currency. Instantly, a game is transformed into an economy complete with the means to transfer value, without ever leaving the platform.

Just think of the process of mining. Many allude to the fact of how expensive Bitcoin mining is due to the energy consumption. However, did they people ever analyze the resources used to mine, say, gold? Obviously, the mining of a digital asset requires a great deal less energy, along with environmental impact, that physical mining.

Of course, for most, the mining of Bitcoin is a ship that already left. However, there are many other projects that allow people to "mine" for crytocurrency or NFTs using a small portion of the financial resources required for either Bitcoin or physical mining.

It is here where we see the potential for radical expansion in terms of the number of people involved. How many people partake in physical mining?

According the to the Bureau of Labor Statistics, in the U.S., that number was 654,000 in 2018. Obviously, these are the people who work for companies in this industry.

With cryptocurrency mining, there is the potential for tens of millions to partake. There are many PoW blockchains that allow people to mine off a smartphone or laptop. At the same time, many virtual miners are popping up allowing people to simply purchase "mining tokens" which end up generating the native token.

Notice the absence of land, permitting, employees, and mining/drilling equipment. Instead, one simply conducts a transactions, perhaps stakes the miner, and collects whatever comes in.

The transition from Atoms to Bits offers a number of benefits.

All of this will keep increasing, especially as we start to enter the world of edge computing. With increasing computational power and more data, AI is only going to expand in ability. Over time, we are going to see AI capability move closer to the end user. This is edge computing.

Thus, what is presently done on centralized servers will be handled, to a degree, on the end device.

The result will be another jump in the results we see on a daily basis.

Digitization is an irreversible process and is increasing annually at an exponential rate.

My question is: where will we arrive at the end of this growth? Will Artificial Intellifence eventually replace man? (theory a bit extremist at the moment)

My guess is that we continually merge with it as we have done. We already have artificial limbs which are increasing in capability sensitivity. Organs are starting to be replaced. Products such as pacemakers are in us and connected to the internet.

Over the next few decades, more of us will be blended together through the use of nanotechnology.

This will result in the evolutionary move toward us effectively being cyborgs although it won't mirror what we see in the films.

Eventually our brains will be connected to the "global brain" to provide instant knowledge about, well, anything.

Asimov's science fiction books speak very well of the process of transforming man into a machine.

As you said yourself, some organs today are replaced with prostheses that guarantee the same function.

It think it looks more like brain augmentation. BCI will basically erase the difference between our physical brains and the internet ie world's knowledge base.

We all know how this ends up. We've seen the movie. Instead we get a zombie. 😁

Cost is basically something that if it drops would allow more participation, from atom to bit will usher in a lot of possibilities that we can't even begin to fathom. the fact that it'll handle excessive centralisation is another thing

@taskmaster4450, We are living in the Digital Timeline and from this point world is not looking back.

Digital Economy's are in place and Virtual Money and Reality is about to give birth to full fledged Digital Way Of Life.

It's definitely the adoption "S" curve on a grand scale.

Great to see Spotify put as the use case for digital transformation and indeed moving from CDs to MP3 and other digital formats is a proof of this evolution. As well the networking around it got improved and we see also blockchains offering music services which I think it is the next evolvement on this domain.

It's amazing how fast these developments keep going.
Faster than other industries. I like the following comparison from Intel: 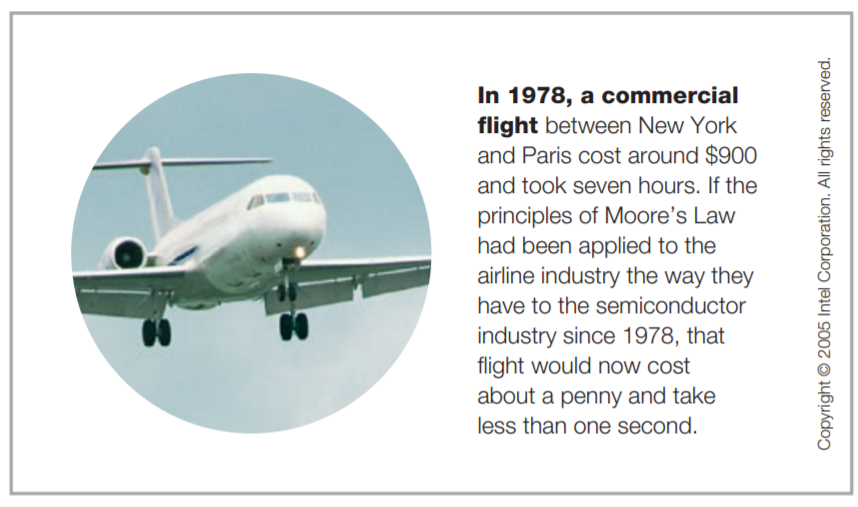 Everything is going to be a digital. I can not imagine that somoene csn plant food trees from center of a city by digitization of farming. That will benefit to farmers that can acces financial resources from remote area.

The only thing i am afraid when thing have that face pace is that i don't know if i can keep up with all the developments around. It is amazing though how fast we are evolving...technologically