When did this happen?

tarazkp in LeoFinance • 2 years ago

I was reading an article on an Australian site today, that claims that one in five Australians has bought crypto currency. Take out the people under 14 and over 55, that would mean that there are it is more like 1 in 3, and I just don't believe it. I think that if adoption was really that high, the overall value of the market would be far greater. I also suspect that at least directly, people who own traditional stocks is unlikely to be that high. In fact, results of an online study in 2017 showed that 3 out of 4 Australians had never owned stocks of any kind. What are the chances of crypto investing having a higher adoption?

But, it wasn't this that caught my attention, it was this closing paragraph.

Do you know when you read an article on something that you know a little bit about and there is a glaring error that throws shade on the entire story? Who did the math or research on this? 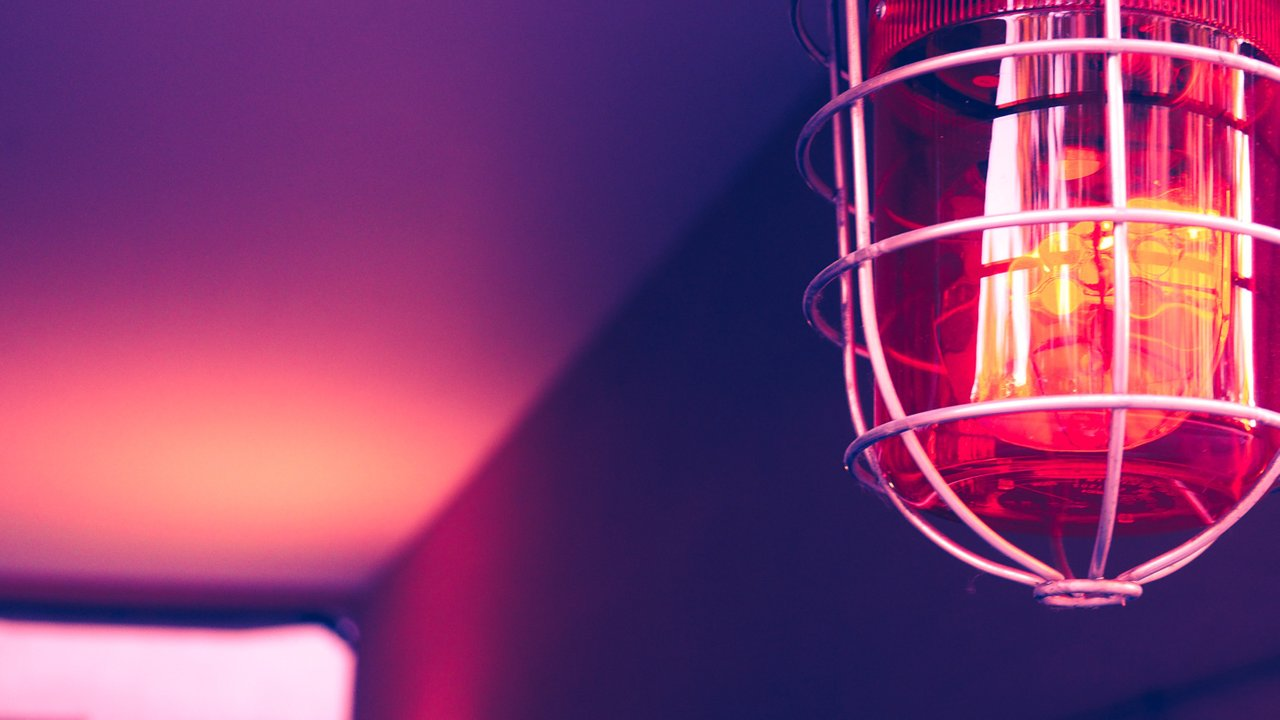 After stating above how Bitcoin hit 50,000 AUD (Australian) recently, the math that they have used is very, very outdated, since it is using 14,000 USD as the value for Bitcoin. The last time Bitcoin was at 14,000 USD was around the start of November last year and while only three months ago, three months, that should be a long time for a reporter releasing financial "news".

In reality, Bitcoin was around 35,000 at the time of the article today, making the pizzas worth 350 million USD, or about 460 million Australian - quite a difference. While this might not seem like a big issue, it is an indicator of just how little the mainstream media care about getting the story correct. I think that all of these "accidental" errors add to the FUD around the industry, as it muddies the waters of information, making it hard to believe anything, and with many people still relying on mainstream media for their news, it manipulates the narrative.

Of course, media inaccuracies are not constrained to crypto, they are all pervasive and are part of the reason that it is so easy to claim "fakenews" on anything that is said. If they are unable to check the current price, a core element of their story, what are the chances of getting it right when talking about the complexities of global politics, war or economics as a whole. This lack of trust in the general level of information given is well-deserved.

Trust in the media is something that would actually be valuable, but I do not think it is possible to achieve when the media itself is built on a for profit model, with much of the news coming from a handful of for-profit companies with a broad range of labels, making it look diversified, as if people are reading from different sources. No one has the time to keep track anymore, let alone cross-reference and fact check - the assumption is that is the job of the editors. I think all an editor does today is evaluate what will get the most clicks and shares to get the adverts they peddle in front of more eyes.

Currently in Australia, there is a case raging against Google and Facebook, where the government is trying to force them to pay for the news media they share. While this is going to have global ramifications also, what it is setting up is the spread of getting paid for content, similar to what Hive is already doing in some way and something that pretty much the only way to scale it and account for it, will be through blockchain and the ability to micro transactions. But what is interesting is that this same system is going to end up being able to provide a confidence level to information provided via a web of trust system.

As I said above, when reading something known, errors stand out, which means that they can potentially be flagged. If for example a person also has a rating based on the type of information they are qualified to evaluate, an article could quickly gather a multitude of scores from readers, decentralizing the evaluation of the piece itself and very quickly being able to judge its level of accuracy. While not perfect, the rating can provide a warning to potential readers and in time, the content itself would have to change form, since people will effectively be able to filter out the low-quality content, removing visibility and therefore mitigating the risk of fakenews from spreading.

Obviously, there are many technical considerations that need to be solved, including protection from gaming the system, but it will lead to a decentralization of news editing and curation, so that the news that gets rewarded will be the one that people who are knowledgeable and interested have rated as worthy. What this means is that something like the "pay for news" legislation will end up undermining the news model itself, unless they are able to provide trustworthy information, with proof. In a world where a lot of the journalists are now quoting Twitter and calling it an article, this is going to get interesting, as what deserves to get paid?

The world is changing rapidly and as the digital economies increase their capabilities to evaluate, distribute, track and reward, the processes of content creation and support are going to shift also. what is happening as web 3.0 starts to take hold, is a disruption of industry that is going to set fire to much of the current norms across every sector, bringing in a new age of innovation and evolution like we haven't seen before.

It feels slow being an individual part of it, but it is moving very fast indeed and one day, we will look back and ask, When did this happen, when did everything change so much?

That thing you said about peddling ads, is why I am way too extremely deadset against advertising models regardless of how anxiously people try to appeal to my lack of sense with "better" models XD

Great article. Thanks for sharing.

The dawn of the 24-hr news cycle meant the end of the honest media era. You can't report the news in a timely fashion if you spend too much time verifying your sources.

The dawn of the 24-hr news cycle meant the end of the honest media era.

And the hourly repetition allows for the misinformation to embed in the mind and nudge behavior.

I don't think they will self-regulate as their model is created to maximize, regardless of the cost and, cover their tracks with opaque systems. If they were to be held accountable publicly and have their profits threatened, they will shift.

Regarding 1 in 3 Australians dabbling in crypto, it helps to recall that not everybody has an investment mindset. I have an anecdote to help me illustrate.

One of my co-workers does have an interest in finance in investing. However, he is learning about it in his 40s whereas I have been interested since I was in my teens. I've coached him through buying stocks. Eventually, he also dipped his toes into crypto. The thing is, like him, many people start off with $20 or maybe $100. At that level a 5% loss is not a big deal. On the other hand, a 5% gain is not a big deal either. Even a 20% change is not that significant.

So, yes. Perhaps 1 in 3 Australians have dabbled. But, that doesn't mean that it was significant amounts. Many people start feeling anxiety if they have more than $100 "in the game". They feel much safer having money in the bank. Us LEOs know better. Yet, our mental template doesn't work with dabblers.

The small amount piques the interest and curiosity, so the larger investments can be made.

So, yes. Perhaps 1 in 3 Australians have dabbled.

I think it is much, much lower. In Finland, I work in a company where pretty much everyone has some level of stock exposure and in the IT field. There is probably less than 1 in 5 in crypto.

It is a funny old change in mindset. Hope it is catching.

I do recognize that people start out with small amounts just to figure out how things work. However, I think many people don't go past that. Fortunately, my co-worker has started increasing his deposits.

making it look diversified, as if people are reading from different sources.

This is extremely dangerous to our democracy.

global democracy - considering they are conglomerates and leveraging centralized content.

People are still in general stupid when it comes to the media and finance.

They place the value in the pizza, not in the coin. Pizza makers would love to have the price of pizza being in the millions That is all you hear ever hear about that first purchase. They never follow up the example with:

Lol yeah, that is a pretty bloody amazing way to look at it. :D

Buy the pizza store and the suburb it is located in.

The way the media plays it, it is the value of the pizza and the dollar that has gone up, not so much bitcoin.

I heard they were Pizza Hut as well, shocking research!

I have always wondered if the pizza place held any, or did they sell as soon as they could.

I assume they didn't pay any income tax but probably sold on the first spike to a dollar - like everyone else!

Yeah. Not many holders back then I imagine. Like Hive now?

Yup. Many more options now for a lazy 4/5/6%, and with 0 lock in time, let alone 12 weeks. But we do have other stuff to market, I'll just nudge the marketing department....

You didn't go the direction I thought you were going to go with that. I see what you are saying about the numbers being off, but the thing that really stuck out to me was this:

I find that to be fundamentally false. The pizzas today would probably still only be worth $25. Maybe a little closer to $30 taking into account inflation and the rise in prices of raw materials. It is the value of the token that increased, not the price of the pizzas.

I feel like the way they have it worded detracts from how much money the person actually threw away.

I think they made a mistake with their calculation, maybe they looked at the number of Crypto Wallets in Australia and took each as a separate user.

media itself is built on a for profit model

for a second I thought you were gonna advocate for state owned media. I mean RT is pretty good.

Supposedly it was done through a survey.

Decentralized media is the way to go.

RT is on Hive btw.

That is why you should always look for verified sources of information, and consult many sources, not just one.