Stuck in the middle Web 2.0

tarazkp in LeoFinance • 5 months ago

Web 2.0 was a big leap forward for internet users, as it enabled the users themselves to become creators, not just consumers. Rather than the internet being a repository of information to query, dialogue of interaction was created that pushed content (and data) in both directions, creating highly valuable relationship and pools of resources between content, data mining, market reach, information distribution and all of the products and services that leverage the various aspects of the internet we know. 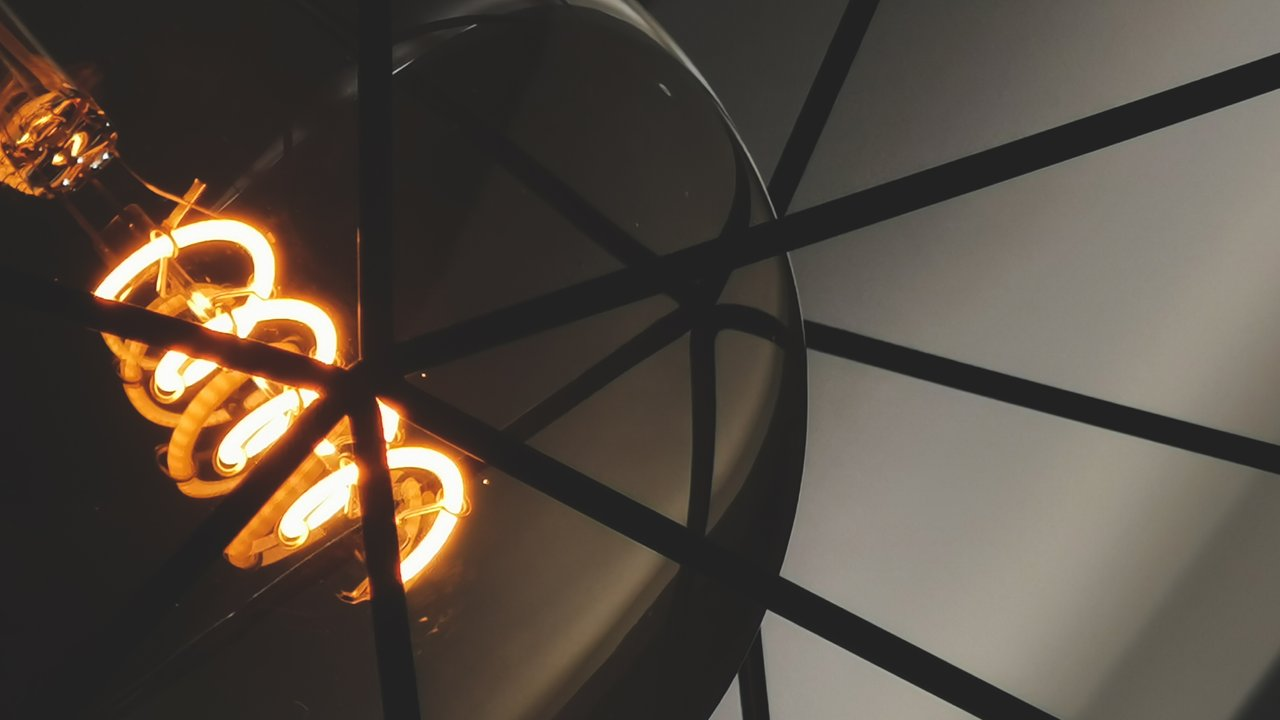 While it has generated a massive explosion of activity and information flow between us all at the global level, it has also generated a massive amount of wealth in the process. The problem is that the limitations of Web 2.0 control, means that the wealth generated goes to those who control the network gateways people use, the likes of Facebook, Amazon, Google, Microsoft, Apple. As they have exclusive access to the majority of the data, they can collect, organize and utilize the information to drive their various business models and use their gains to tighten their stranglehold on the internet, by increasing our reliance.

Web 3.0 promises to be different in a couple of key ways, as it looks to distribute the data across networks in a decentralized manner, breaking our reliance on the big five data collectors. But there is more to it than this, as it integrates blockchain and cryptocurrency into the data interactions to allow users to not only have increased control and ownership over their data, but also be able to integrate economic activity into the data in various ways, further eroding the control of the current data collectors, as they will no longer have exclusive access to the data we generate.

This opens up a lot of potential to build and enhance user experience and generate wealth, while distributing value across the internet to a vast number of users through a complex, but largely automated network of interoperable blockchains and corresponding cryptocurrencies and tokenization models.

Due to the value generated digitally, this evolution of the internet begins to put the digital power and the ability to grow wealth into the hands of the user base, cutting out middlemen and centralized rentseekers. I don't see the destruction of the large providers now happening anytime soon, but it does start to put competition pressure on them, where they will have to compete for their users, with their users.

This creates a fundamental difference in the relationship between service providers and the consumer base and will lead to the need for a complete overhaul of web 2.0 business models to be able to compete. The tech giants have very top-heavy models that require a large volume of wealth to keep pouring in, not only to operate, but also keep their relatively small base of investors happy. If profits starts to get minimized through decentralized competition, so to does investment interest and that capital will look for new returns. When the decentralized economy and industry is able to offer a growing return through usage generation, as well as a largely automated process of investment through DeFi that cuts out management rentseekers, decentralized investment becomes far more attractive, especially as the "traditional tech" needs to pivot and offer a lower yield, as they slowly lose market share and decreased data access exclusivity.

Yet, as promising as the future is, we do ourselves no favors from within the infant industry itself, as I suspect that while there are tens of millions of crypto participants, the vast majority of them have never written anything to a blockchain other than a token transfer transaction. This is like owning and operating a supermarket, but doing the grocery shopping at a competitor, because they have a larger range of items. While we can talk about ownership of content, data and monetization, if we aren't willing to support our own business in the startup phase, it is unlikely we are going to pose much of a threat to any established industry.

However, the potential for wealth generation at the tokenization level and through DeFi, is somewhat of a Trojan Horse, as it attract people into usage and then will create a participant mass that can support a marketplace of business models. The gateway in is through investment for monetary return, but that leads to the redefinition of the internet as a whole and the Web 3.0 model starts to innovate and grow.

Yet, for those already sold on the potential of crypto in the future, it is a no-brainer to push for an increasing amount of our digital interaction to be moved onto blockchains and into tokenized experiences, whether it be games, NFTs or social applications like Hive and all the other applications on the Hive network.

While activity on blockchains is one thing, there is an increased value on social activity, as it has the ability to not only spread usage, but also form a narrative around the crypto industry, shifting the cultural norms of digital society toward a more distributive future. For the real crypto influencers and investors, they have to lead by example and support the business they are pushing, yet most do not, as they spend the majority of their time supporting Web 2.0 and therefore, are a part of maintaining the status quo in regards to power allocation.

While the argument can be made of, "that is where the people" are, how many of the influencers out there are actually helping their audience get into crypto, other than in concept or by the promise of financial return? Every one of them, regardless of the cryptos and blockchains they support, should be shilling all kinds of crypto communities, giving emphasis to those that are also utilizing the tech and tokenization that they are touting as the future of the internet.

The thing with much of the industry currently, is that it spends a huge amount of time shilling individual blockchains and competing for the small pool of crypto capital available, instead of building the narrative around the entire industry in order to get access to the vast amounts of capital available in the entire world. It doesn't mean that they have to stop using the Web 2.0 protocols completely, but there should be a conscious decision to be crypto first in activity and when they have an audience, lead by example.

The future of crypto isn't the only thing at stake, because the crypto industry operates at the base levels of the economy, which affects us all and our well-being in modern society. What is truly at stake is our future and our freedoms in regard to our access to resources of all kinds. This means that if we fail to dilute the currently increasing control a few organizations have over us, we are going to get into a position where we are powerless to change our futures, stuck in the middle of Web 2.0, trapped.

There is a way out.
We just have to walk the path that leads there.

It is a choice.

if we aren't willing to support our own business in the startup phase, it is unlikely we are going to pose much of a threat to any established industry.

I think we largely underestimate what we have here, which is why some people sell without a second thought. Eventually, even big tech will make their move to a more decentralized stance when the heat becomes too much in the new market we are trying to create

I think we largely underestimate what we have here, which is why some people sell without a second thought.

It is here and the industry as a whole. Just think, there are all those crypto whales and founders talking about blockchain and crypto, posting on Twitter and making YouTube videos. How much are they using the industry that they are pushing themselves?

Quite true. I think this is because most of the sentiment for now is price based and not value based

price has very little to do with value, even less to do with potential value it seems.

Some in crypto can’t get their minds around the concept of abundance. Many are still stuck in the concepts of fight or flight mode which the legacy system forces on all of us. Many of these influencers are programmed to think a certain way. They miss the part of a global financial revolution occurring.

Many of these influencers are programmed to think a certain way. They miss the part of a global financial revolution occurring.

It is ironic, considering they make money selling that future.

Can you imagine a marketing team meeting like this?

CMA, (Chief Marketing Advisor): Sir we have a slight problem with the new item we have been test marketing.
CFO: Whats the problem?
CMA: All the stock sold out.
CFO: That is great, so who bought it?
CMA: That is the problem sir, we don't know.
CFO: What do you mean we don't know?
CMA: They all used crypto to buy it, so we have no stats on age, race, sex, all those little things we use to build our market. We just do not know if the trend will carry over to Tulsa Oklahoma the same as it was in Miami Florida.

No trend data, just a phone used to exchange crypto for a product, no personal data passed up the line to create the next new best wave item.

No trend data, just a phone used to exchange crypto for a product, no personal data passed up the line to create the next new best wave item.

"We used to make billions from the data we collected - now it is all available for free."

Yep it is. If a company wanted to know what I liked it is not hard for them to figure out what and where I spend money.

Given that people are people I'm probably looking more web 4 or 5.0 (assuming we survive that long) but I feel like the "decentralisation"/attempt at distribution that's happening now is only really going to take off once there's no more "backbones" and the access points (isps etc) are also distributed (or better still almost non-existent), and that's what the "status quo" is going to fight to the death and beyond to cling desperately to at any and all cost because once those things are out of centralised control there wil be literally nothing they can do to filter/control information flow.

I agree. there are a couple of projects out there looking at the distribution of the backbones, including the server farms and the like.

I think we need something that is more of a bridge between the two before we will really see some mass adoption or in-roads into the Web 3.0 space. At least for the general public. Like you said, we are already in the thick of it.