shanghaipreneur in LeoFinance • 3 years ago

Just as yield farming giant COMP made its debut on Coinbase Pro (and subsequently dumped hard), the team at Balancer released its BAL governance token into the wild. They distributed the first 3 weeks' results of their liquidity mining incentive program to those addresses that had contributed capital to their protocol. The reward for providing this liquidity turned out to be fairly substantial as BAL traded as high as $17 per token in the hours after their initial release. 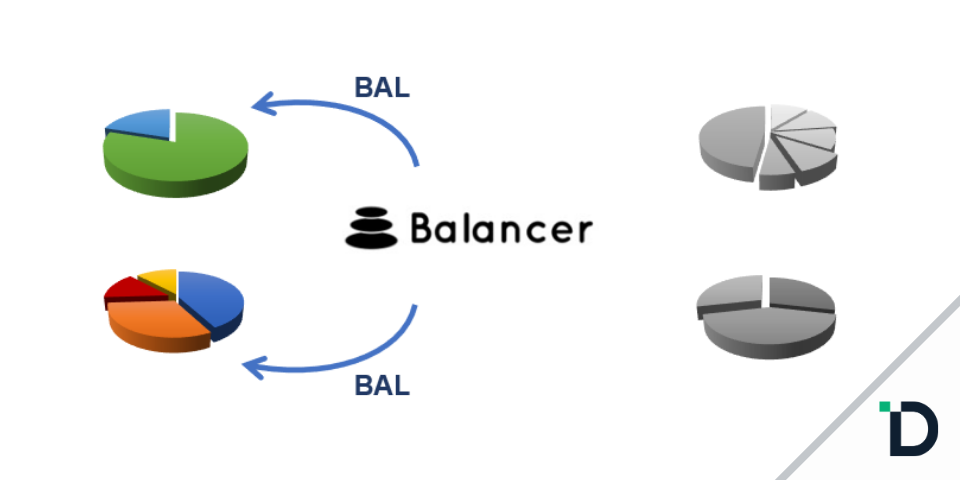 Who knows what the valuation will end up being? The DeFi narrative has taken over the entirety of crypto. Of course, it seems like that to me at least. I'm living and breathing this shit every day! COMP approached $400 at one point after debuting in an Initial Uniswap Offering (IUO) at around $18. Its price is highly volatile still but, at time of writing, is still at a healthy $280. That's around 15x from its private sale price that it started at during its IUO.

If we apply the same multiple to the Balancer BAL token, we get a price of $9. The rumored private sale price to investors like Accomplice and Placeholder was $0.60 per token. To be honest, to see it go as high as $17 on the first day, a 28x return, albeit for an ever so fleeting moment, is pretty impressive. On a fully diluted basis, a $10 token price nets a $1 billion valuation. But with so little tokens in circulating supply - 435,000 were just released and 145,000 BAL/week could continue for up to 10 years - tall tales and volatility will reign. For now, let's just enjoy this! The following returns (I've decided to keep my BAL for now) I earned off contributing some MKR and ETH I had lying around the house, perhaps an average of around $2500 for 3 weeks. If I had sold right at that moment, I would have received $729 worth of ETH. That's a 29% dividend FOR THREE WEEKS. Annualize that and it's something crazy like 76x. The numbers boggle the mind.

With Balancer, one can create bespoke portfolio tokens of up to 8 ERC-20 tokens. Once the smart contract for this portfolio goes live, anyone can contribute their tokens to it. A swap interface is provided at balancer.exchange and as users trade using that swap feature, the protocol attempts to "balance" (hence the name!) all the customized tokens in its ecosystem according to the portfolio weights defined in their contracts. If your pool of tokens helps facilitate one of those swaps, it earns a swap fee. With every swap, the value of the portfolio token (called BPT's) gets slightly bigger in value. The concept is pretty clean and the team is pretty dogged about improving the protocol. They're still iterating on the UXUI but you can see the potential here to become a customized non-custodial ETF token provider. If you don't want to make your own token (it's anywhere between $50-$100 in Ethereum gas fees to do so), just contribute to someone else's public pool. Remember that the more volume a pool enjoys brings more value to your BPT tokens, so choose wisely.

For the foreseeable future, liquidity providers to the Balancer Protocol will earn BAL tokens distributed pro-rata in accordance with the nominal value of the tokens provided (volume is irrelevant in this calculation). If you haven't heard of Balancer before, it's definitely worth checking out. If you don't contribute capital, it's also a good place to swap tokens cheaply.

With the fantastic success of COMP and BAL, it makes one wonder what the next liquidity mining sensation will be. Any ideas?

Balancer is also getting some insane valuation riding on this hype.

This post has been manually curated by DeFi Campus. If you have not subscribed, consider subscribing to the community if you want to learn more about DeFi.

High demand, low liquidity. Something like only 450k BAL tokens out there right now. Plus, some early unlock from investors maybe. But not much.