I come from a finance background. In that world, the way we measure success is via AUM, which stands for Assets Under Management. It's an important metric to every asset manager. After all, you earn your money from the fees you charge. And the total fees you earn are based on your AUM. The standard rate is 2&20, which is 2% charged on AUM and 20% charged on the gains you make in moving AUM(2020) to AUM(2021). 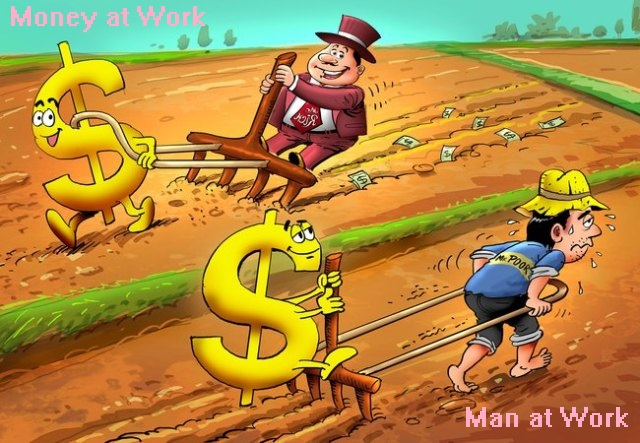 Literally, you can just sit your clients in a combination of money markets and a S&P500 index fund and still make that 2%. It's crazy. In that fucked up world, asset managers are even incentivized (usually via some kind of payola kickback scheme) to steer their clients away from the best, most efficient funds (Vanguard index funds) and into some shady copies of that stuff that have much higher fees. Imagine paying 1.8% in fund management fees for what is basically an S&P500 proxy and then paying another 2% ON TOP OF THAT for the privilege of talking to your broker buddy a couple times a year on the phone. Maybe you even go to his office for an annual review. The shit is ridiculous.

That's why I got into this DeFi stuff. It's the cutting edge of the personal finance revolution. I'm hoping that 5, 10 years down the line, these protocols that are just now bootstrapping themselves will become a part of everyday banking commerce. The hoi polloi should be able to earn a damn return on their investment! If I was a politician, that's what I'd run on - a 7% low-risk yield for everyone! Hurrah! We are moving into a new, fascinating DeFi world. Today's reminder of that fact is what is happening at compound.finance, where they just began distribution over the next 4 years of the 42% of the supply of their governance token that is not already in the hands of investors and team members. This "free money" is being distributed equally to lenders and borrowers on their platform.

Within minutes of opening their Uniswap V2 liquidity pool with a small stash of 25,000 COMP governance tokens and 2,000 WETH, the price rose from $18.50 per COMP to a high of $100 per COMP. Within a day, Compound became the most valuable DeFi project in all the land, currently exceeding long-time king MakerDAO (MKR) by almost $300 million in market cap.

But market cap is an imperfect measure. For the most part, it measures FOMO rather than true value. We need a metric that is equivalent to AUM for the DeFi space. In the stock world, we have the price/earnings (P/E) ratio. In DeFi, we need to be paying attention to Assets Under Protocol (AUP) and the relative price of the market cap compared to this AUP number. Right now, Compound has an AUP of almost $217 million and that number is still climbing pretty fast.

By comparison, Aave is a similar DeFi borrowing/lending platform. Some would even say it has a better UXUI than Compound. Its LEND governance token has been around since 2017, so its newborn shine has admittedly long worn off. It has 2 markets at the moment - the original Aave market and a Uniswap market for borrowing against Unipool tokens. The Aave market has an AUP of the following:

Almost the same exact business model with a few minor differences. First, Compound is better funded by VC. Second, Compound was seen as the first successful DeFi borrowing and lending platform. Third, and this is probably most important, Compound will be subsidizing its borrowing and lending with distribution of its COMP governance token for the next 4 years. In an interesting first day of distribution, it looks like most of those COMP tokens, currently 74%, are going to be going to USDT borrowers and lenders. The second place token for COMP distribution is another centralized stablecoin, USDC. 🤔 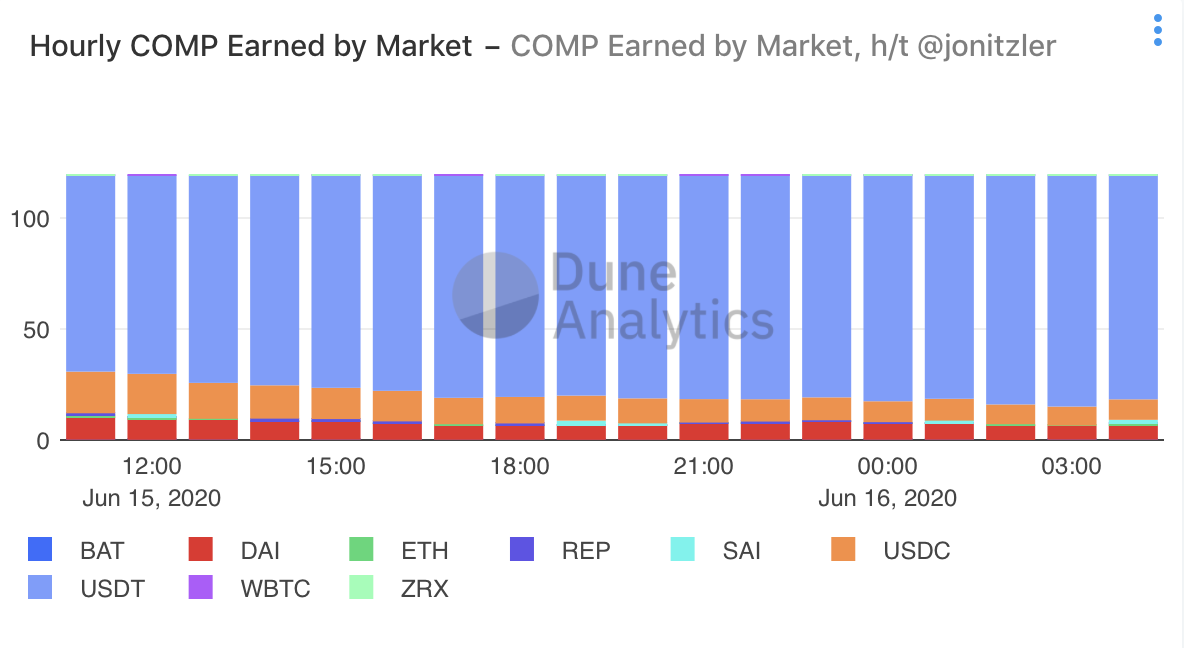 Clearly, Compound has some things going for it. Plus, these days it's growing very fast. But does that warrant a 3.97 to 1.21 valuation gap? I don't think so. Aave will soon be announcing more utility for its LEND token, which I would imagine would include some sort of liquidity mining function similar to what COMP has achieved. Therefore, I'll be looking at the Price to AUP numbers expecting to see a combination of COMP moving down on that metric while LEND moves up.

When new DeFi platforms pop up, that's also the number I'm going to be looking hard at. That's because holders of platform governance tokens will most likely vote themselves access to some of the cash flows on the platform. When you have that lend/borrow spread yield on other people's money (OPM), that's the sweet spot. That's old school banking for ya. That can be very very very profitable, particularly on a risk-adjusted basis.

AUP - Assets Under Protocol - and the growth of such will be able to explain a lot in terms of valuing these new DeFi governance tokens. Take note! 📝

So the question is, when I park my smallish stash of Bitcoin at BlockFi.com instead of in a wallet on my computer, am I dabbling in DeFi? I'm weighing the risk to my capital against the 6% return (compounding) and for the kind of small sums I'm looking at, it seems like a very good thing to do with an asset I'd just be HODLing anyway.

Interestingly it was an advert in Brave's new tab screen that made me jump, offering a $15 bonus if I leave a few BTC there for a month at least.

Of course, if you use BlockFi, you should use my reflink!

But I wouldn't necessarily call it DeFi. Things like Celsius and BlockFi are more inbetween DeFi and TradFi. They sometimes get called CeFi. They're definitely better than our old friends, the Morgans and the Chases. But they're not as liberating as DeFi protocols. BlockFi is definitely a good gateway drug, though. Where else can you put your fiat into a legit 8.6% APY savings account?

Agree with what @shanghaipreneur said. These CeFi or centralized custodial solutions are a good start for DeFi beginners. The user experience is as though you are using a bank but it offers interest on cryptocurrencies.

Also, if you have a small amount, it may not be worth participating in DeFi since the gas fees might cost more than you earn

Yes, the gas fees thing is a relatively new development. For months, I was literally making money for free off my SNX airdrop from 2017. I recently had to stake that SNX on Aave because it didn't make sense to pay $5 in gas to claim $2.50 worth of tokens.

Seems like we have a lot in common when it comes to crypto investments. I am also into SNX. Been staking since 2019. If you got in since 2017, your ROI must be pretty insane

I'm going to have to read this a few times... I'm only just starting to understand what DeFi means.

I love the man at work vs money at work image

Interesting to see how the COMP distribution is playing out. I see people trying to milk/farm for more COMP by borrowing USDT and lending it back to the protocol. The current price of COMP still justify doing so.

If you have a lot of ETH, that's the way to do it.

Most of this USDT is coming from Huobi, which I find really interesting.

I took some USDT loans over at Aave and put it in Compound. I am earning from the interest spread plus getting the COMP tokens. Hopefully I earn enough to cover the gas fees though. Haha..