sanjeevm in LeoFinance • 10 months ago (edited) This morning a tweet has been trending on Twitter - there is a lot of debate going on this tweet from Sushil Kumar Modi, a sitting MP (Member of Parliament) in India.

See the video from 13.30 minutes. If you do not understand this is the brief about what he says : What is Crypto ? It's neither a commodity, it's neither an asset, not a goods, not a service - it does not have intrinsic value - it does not have any backup from a Company. So please consider increasing the crypto tax - its a gambling or a type of lottery or horse racing. We know there is a company like Tata behind shares, but who is behind crypto ? Various Countries have imposed higher taxes - so we should impose more than 30% tax because the people who earn from crypto would not get affected.

Many accounts having lot of followers are showing their de-satisfaction over this video from the MP, by quoting the tweet. Even CZ Binance gave a relevant comment : Not a tax expert, but as far as I know, most countries have 0 tax for crypto transactions (transfers) today.

The cryptonewshindi account even went one step further - they asked the Prime Minister to stop pension of all Ministers - because their income is increasing and this won't affect those ministers - a statement similar to what the MP said.

Surprisingly no one replied to the MP's tweet, which was my de-satisfaction - so I did, but that was just to let him know what is Crypto. It reminds me the great quote from Stephen Hawking : "The greatest enemy of knowledge is not ignorance, it is the illusion of knowledge." Ignorance is fine, but illusion is dangerous. In this same India, a young dynamic IAS (Indian Administrative Officer) decided to use a permission-less blockchain to distribute caste certificates to its citizens. Maharashtra government has used LegitDoc – a blockchain platform built on Polygon to issue caste certificates to its 65K citizens. This was shared by Shubham Gupta, the young dynamic IAS Officer on linkedin, you can see the post here :

Neil Martis, Co-founder at LegitDoc quoted this as -

"Source of truth for citizen records will no longer be the dusty files racked in Government offices or the administrator governed data on cloud repositories. Instead, it’ll be the undeniable, cryptographically verifiable data proofs stored on-chain”

Isn't that a nice definition of Decentralization - protecting citizens from deplatformation from the Government ? And they discuss heavily about Public blockchains - Can #HIVE be the best fit for that ? I have expressed several times in my post that, the best use case of blockchain is to provide transparency as publicly verifiable immutable data. Time has come to build such Dapps on #HIVE. I am sure, we have very knowledgeable people here who can build that. So let's pick just one use case and develop a dapp for that - If it can be done on Polygon, then why not #HIVE ? I have some ideas, but I am sure, collectively there can be many.

“The 21st century doesn’t belong to China, the United States, or Silicon Valley. It belongs to the internet!" - Balaji Srinivasan,Ex. CTO-Coinbase. And do you know, he also funds start ups ? May be we can pitch in the idea to him as well.

@sanjeevm Well, the 30% tax sounds insane. I hope that does not become a reality. I am not sure whether people realize that, because of India's large population, this really affects everyone.

I wonder what caste certificates are. It sounds Orwellian. I tried Googling, but I am not sure about what I am reading. It seems the purpose is to help people from lower castes by certifying that they are from lower castes? Or is it a veiled attempt to identify those in lower castes and thereby maintain the caste system? I probably badly misunderstand, but I hope you can educate me and overlook any embarassing things I might say.

I hope that does not become a reality.

Its effective since 1st April 2022, so its real. And these caste certificates are for those lower castes to give them all the benefit that many of them no longer need - but we don't want to get rid of reservation. Interestingly, higher castes like mine may soon be declared as minority community :)

Ooh. The tax. That is very bad news! I didn't know (obviously).

There must be a strategy of buying and selling currencies, as there are many people who waste their money in bets and they are deceived by virtual profits

30% tax is already too much and they proposing to increase it, this is ridiculous. Government is always doing something to loot people in one or other way. Very sad

I think politicians are not that educated on crypto. They think what they doing is the best way forward. How is it a gambling.
🌼🌼🌼🌼🌼🙂🙂

So capitalism is an unsustainable dick-wagging contest and companies grow biggest when they fleece the public. So, by this logic, shares are more stable because they are backed by these fleecers, and FIAT is better because it is backed by government which changes leaders every couple years. These are reasons to doubt crypto?

I will take crypto then! 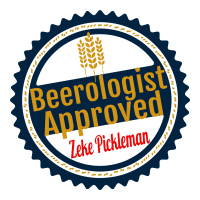 This 👇 - Someone else in the same country knows it

I think those who dodge the bullet will be dodging themselves into inflation-based poverty and stay their course!

So great to see India having these discussions.

There are positive side as I showed - with time everyone will realize the potential of Web3.

@sanjeevm It is funny how he said tax rates won't affect those taxed. Funny really! I love that reply that crytonewshindi gave to it too. But really, these politicians, the government know that crypto is just above them and they are threatened!!

Some people just don't get it and still speak on it - illusion is dangerous. They should have more knowledgeable people on-boarded.

Politicians just seem to be so threatened by crypto - understandably so, between lack of knowledge and the potential of decentralization, it is quite a threat!

When someone speaks without knowing what can be done with CRYPTO - He simple does not understand it.

Thats a very thoughtless way of actually definining what Crypto is. I think in general it misleads people and increasing the tax on it is to make the Indian people totally dissociate themselves from crypto. It's saddening.

They don't know the potential - I am sure, someone should pitch in the idea to them to invest their black money - then only they will love it :)

I think politicians are not that educated on crypto. They think what they doing is the best way forward. How is it a gambling. You place bet then you win or lose, you could lose it all. Crypto like Bitcoin has been the best performing of the millennium. Basically people that bought crypto earlier, has never lost the money. You can't say that about stocks or horse racing. Even companies on the Dow Jones has bought crypto !

Yes, they simply don't get it but they have a habit of telling something without fact.

This is definitely not encouraging by this politians about crypto but I believe there's a positive change to occur soon.

Yes, the case of using Polygon will definitely will be a showcase, we need something similar on HIVE.

We should focus on the positive side of crypto and soon the politicians will realize it too.