Japanese Automobile Giant Increases WEB 3 and NFT Works. So why?

Japanese auto giant Nissan has recently partnered with Animoca Brands' video game development subsidiary, Grease Monkey Games, to launch NFTs for the game with this partnership. And it's taking a new step towards building a brand of its own and diving deeper into the world of Web 3.0 and NFT. 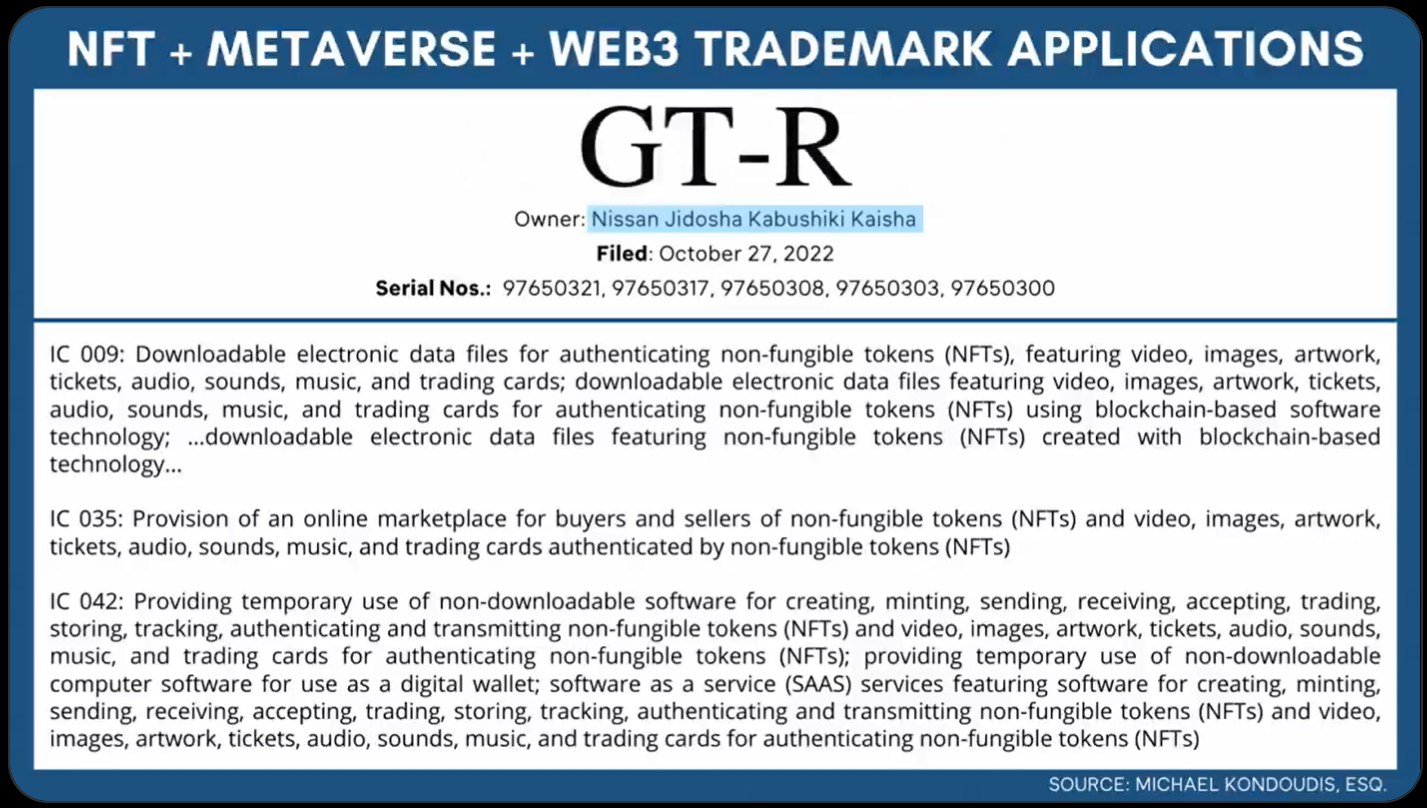 #Nissan has filed 5 trademark applications for some of its most iconic car models like GTR, SKYLINE, and Z, claiming plans for

According to the details, Nissan aims to use trademarks in many areas associated with Non-fungible token (NFT). Some of these will be in the form of downloadable media files such as videos, images and more, and such files will be provided in such a way that they can be used to authenticate NFTs.

In addition, Nissan is preparing to launch the online NFT market. So Nissan will set up its own platform for NFT trading. Also last week, Animoca Brands announced the collaboration between its Australian-based video game development subsidiary Grease Monkey Games and Nissan. And in the coming months, Nissan will be releasing NFTs for its blockchain-based racing game called Torque Drift 2.

Submit
0.00 STEM
46 votes
Reply 4
Sort:
[-]
poshtoken  3 months ago
The rewards earned on this comment will go directly to the people( @rtonline ) sharing the post on Twitter as long as they are registered with @poshtoken. Sign up at https://hiveposh.com.
100%
-100%

Why wouldn't they? As you said, everyone is taking the opportunity, the global economy is shifting.

We will see many things change with WEB 3, and giant companies are aware of this. We are much more aware of this, but I don't understand why some people resist. but soon we will see them all come to this markets.

I have similar thoughts on this. We need to adopt not resist.