All I want for Christmas is my Outernet Lantern!

revisesociology in LeoFinance • 11 months ago

In 2014 I opted into an Indiegogo campaign and paid $99 for a Lantern, a 'global satellite data radio' capable of receiving basic data from a satellite system run by Outernet, since rebranded as 'Othernet'.

The general idea was for them to negotiate a favourable contract with a satellite agency to be able to store and upload information which would allow anyone with a Lantern receiving device to be able to download essential information - from emergency updates during crises to basic books and images for free.

The project received almost $600 000 in funding (including my $99, it may have been more, I don't want to look TBH!) and there was quite a buzz about it originally, as at the time over 4 billion people didn't have an internet connection and this seemed like a viable solution.

The original design of the device was quite funky, it looked like this: 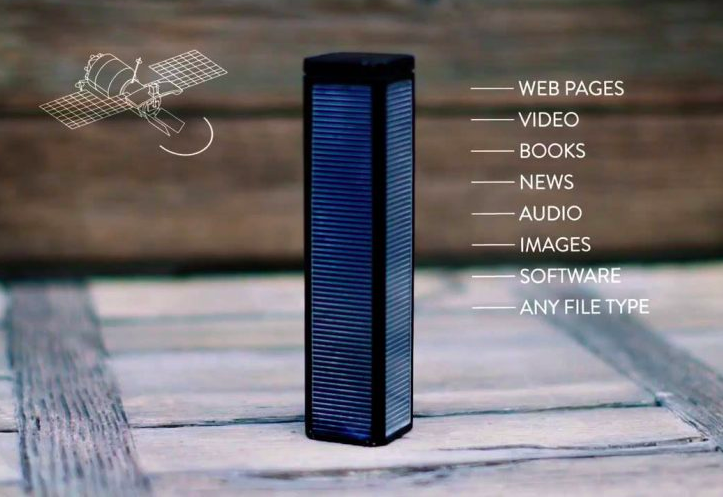 A couple of years on, having realised they couldn't manufacture a working device on budget with that design it changed to this:

Not quite as pretty, but if it works, I'd take it!

The longest running project on Inidegogo, or just a failure?

To date I still haven't received my Lantern, and with the last update being from the middle of 2019 I'm not optimistic.

However, the rebranded company 'Othernet' (there was a dispute over the name 'Outernet, so they had to give that up) appear to have a working device which they currently have for sale for just under $70.

It's now been rebranded a 'Dreamcatcher data radio kit' but in essence it has the same function as the Lantern we've all paid for. 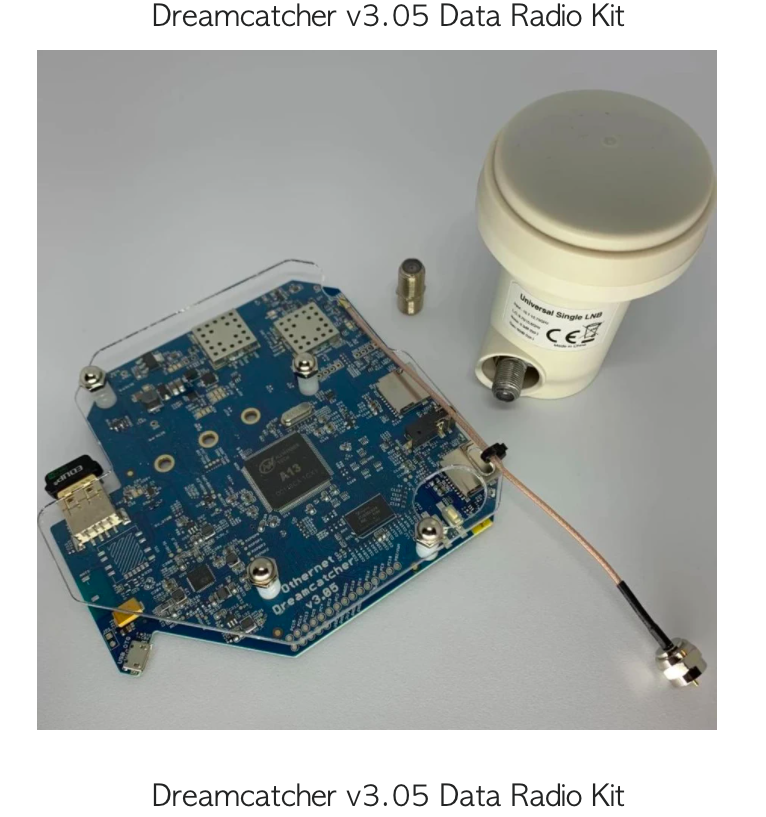 Now, I don't know about you, but if I look at the last two pictures, hmmmm, they seem pretty similar, so as far as I'm concerned, here is the device that thousands of us crowdfunded working, so they've delivered on their goal, just not posted them out.

So now I'm thinking I might send them a nasty email threatening them with legal action if I don't receive one of these pronto.

It seems fair enough - I mean they seem to have a device which I've paid for, so why am I not receiving it?

Had the company just folded and gone out of business I could accept the loss, but this is something one cannot let go!

unfortunately a usual path Kickstarters go. I was "burnt" with some backed projects, too. The worst was theDash from a Munich Company called Bragi. The promised an SDK for the first in-ear wearable fitness tracker/headset. The hardware was quite nice and really innovative, but the software sucked a lot, very buggy, very beta. They never published useful developer documentation. And then pivoted to a "software company" :D
Another failure I backed was a sleep monitoring device called "hello" (what a stupid name), but at least after the company failed, they released all source code and hardware specs, so users that received the units, could hack them after the "cloud backend" went offline. That's how it should be done!

But still, crowdfunding is awesome and continue to back projects, I'd like to see. Like in the cryptosphere, never invest more than you can afford to lose.

Back on topic regarding the "lantern". We need decentralized infrastructure-free secure communications!
There two are projects called Locha https://locha.io/ and Meshtastic https://www.meshtastic.org/ that I'm actively following (bought the hardware, flashed two nodes each). Fully opensource hardware and software, so these are future-proof.

It is a risk, and I'm with you - never invest more than you can afford to lose.

Thanks for the links, I'll check them out, it's what attracted me to the lantern in the first place

$99 is a fair whack to invest in something that hasn’t come through. I’d be pissed off too!

I'm not best happy about it, but it's always the risk of crowdfunding.

They probably do have several people who have complained. I also need to find out if they've shipped some, I think they may have. That would make it even more unnacceptable!

Man, I'd be really pissed about that. They probably just can't afford to send out the ones that were paid for during the fund raise, so they just went silent on the whole thing.
Chances are you might get one if you threaten them with legal action enough, but chances are also they already got hundreds of these threats and just wait for anybody to really get them to court before they do anything...

I might try social media shaming first - there is one guy who is the face, or at least was.

It's always the risk!

That is pretty sweet. There are some really cool things on Indiegogo. I used to have a world band radio back in the day. It was cool to be able to hear music and stations from all over the world. This was well before the Internet of course.

Sorry to hear about what's happened. You should definitely do something as they may do it again with another project.

I wouldn't mind so much if they had gone out of business. It's the fact that they are still going that annoys me!

Sorry you got nothing. The right thing for them to do is simply to send you the new kit. The re-branding farce seems to be a commonly maneuvered charade...declare bankruptcy, change the sign out front, then re-launch anew with zero liabilities now.

That aside, I personally love the concept. I've often wondered why HD radio hasn't been used to transmit more data in various ways. It would be one-way transmission of data, but that's okay. News, weather, sports etc. could be cached periodically and SHOWN on a receiving radio instead of simply being LISTENED to. If the receiving radio had its own digital screen of some sort, no additional "wifi enabled device" would be necessary.

I am going to push for one for sure!

And I agree it's a great concept.

I think you should definitely let them know you haven't forgot about it and claim yours!

It's one for the to do list tomorrow for sure!

I've not done many crowdfunders. I wonder how many don't make it. What does the small print say about their obligations to funders? There are a few that have tempted me with gadgets that I have resisted. Need a system on Hive so I can justify the expense.

I think I only ever did two, the other one came through - I'm sure the small print has some get out clause, but now the fact that they've actually produced a working product but just not delivered it, even with changing company names, I'm sure that wouldn't stand up in court! It's obvious it's the same thing.

Just hit them up with your email. Also you might put some Indigogo email on CC. :)
Do you need the function or the look? If only the function, go for it, ask them for a working device!

I don't really need either TBH, it was just a bit of fun, now it's a matter of principle!

Hope you get something back, maybe the funds, as you need them more than the lantern :)