Here's how to get historic LEO prices

minus-pi in LeoFinance • 6 months ago 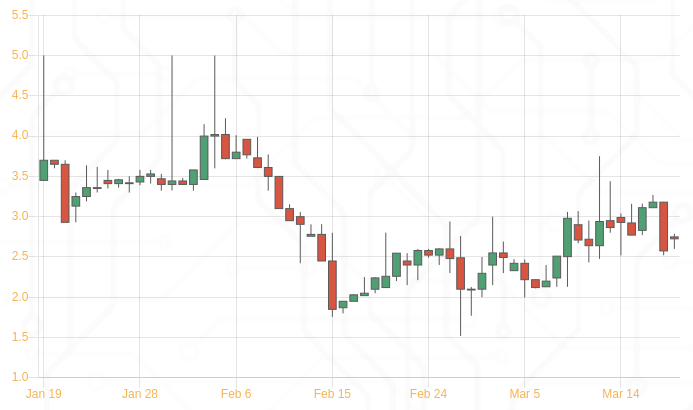 The screenshot above, or a similar variant from HiveEngine or TribalDex, is probably well known to all of us. But it typically covers at most the last 3 months.

That's pretty cool, and easily usable with a bit of scripting! And the best is, it goes back to around April 2020, one value per day.

As an example, here is the LEO close prices per day since mid 2020 from the above API endpoint: Congratulations @minus-pi! You have completed the following achievement on the Hive blockchain and have been rewarded with new badge(s) :