How The Blockchain technology has revolutionalize the social media world - Hive

marvinix in LeoFinance • 2 months ago 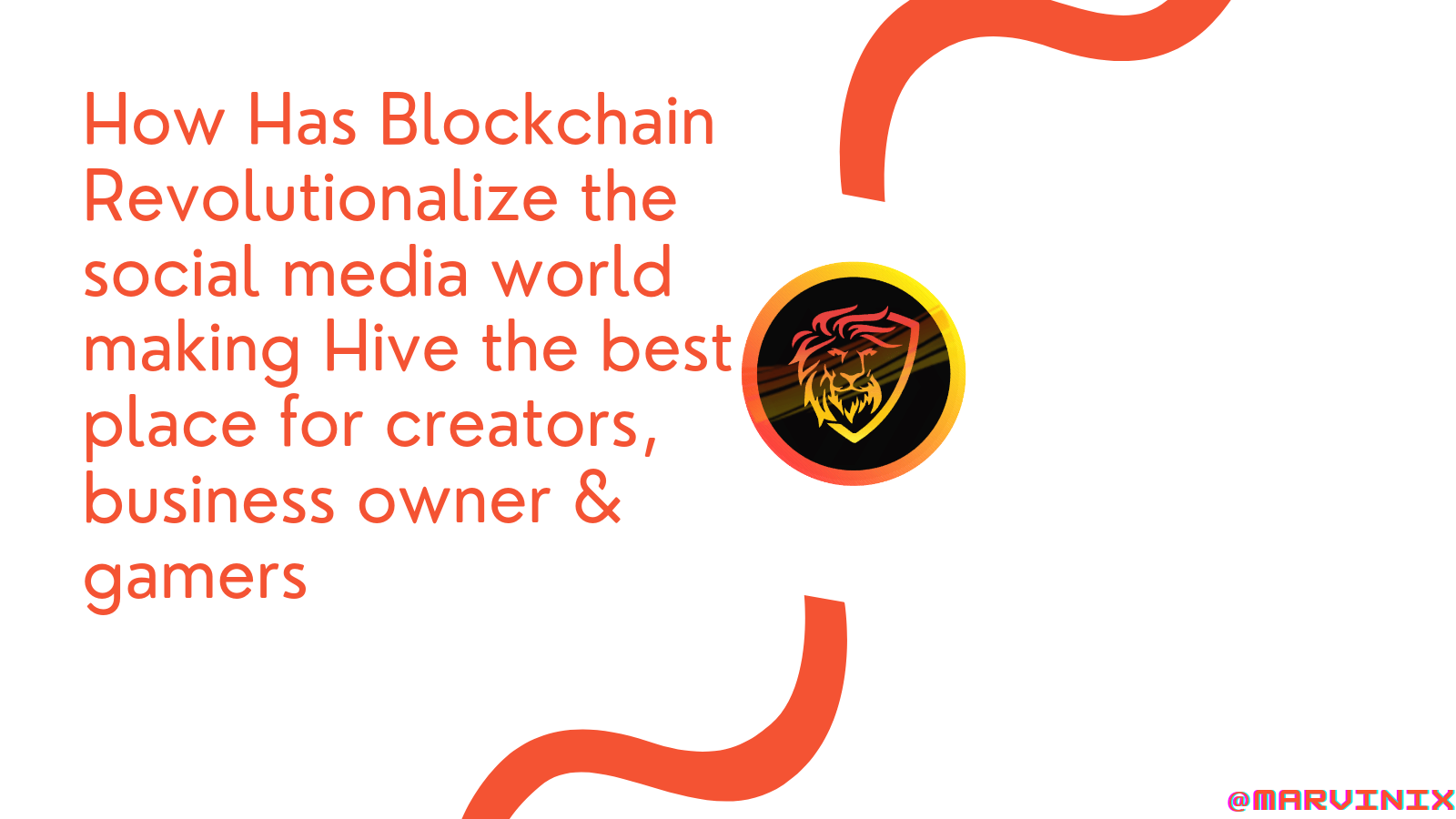 Blockchain technology has revolutionized the social media world by creating a more transparent system and reducing fraud and scams.

The social media boom began in the 1960s when people started using communication apps for the first time. People instantly connected with other people through social media using apps such as Facebook, Instagram, and Twitter. This allowed these apps to gain popularity fast.

These platforms became lucrative business ventures that billionaires ran. They made their owners extremely rich by monetizing their user base. However, this monetization was not always ethical as companies could hide or manipulate content at will. This unethical practice gave rise to a lot of controversy and distrust in social media platforms.

Hive is censorship resistant as it doesn’t allow any single entity to control it. The decentralized nature of this technology makes it impossible to shut down or remove content without offending users’ rights.

Hives Blockchain gives people the opportunity to create their own business and make money directly from their users without any mediator or middleman taking their cut. It also reduces fraud as there’s no need for intermediaries to take your hard earned money and pay other users with it. Hive is already being used in various industries; for example, The gaming industry(spl, Rs star, & dcrops) & educational institutions can use this technology to run online courses and generate revenue for their business models.

In all these shows we can rarely find a gem like Hive out there that's decentralized with strong community backing while still maintaining its uniqueness. From creating to gaming to starting a business Hive offers a safe space for everyone to build and grow without restrictions of any kind

Submit
0.00 STEM
11 votes
Reply 2
Sort:
[-]
poshtoken  2 months ago
The rewards earned on this comment will go directly to the people sharing the post on Twitter as long as they are registered with @poshtoken. Sign up at https://hiveposh.com.
100%
-100%

Hive is definitely a rare gem and always one step of other social media be it web 2 or web 3. He who find hive as found a good thing