Looking at the crypto and Hive from a gardener's perspective

ligayagardener in LeoFinance • 2 months ago We often hear about crypto and defi from the perspective of authors who, understandably. take a financial perspective. It's good for all of us that the original blockchain technology has been so easily malleable into a form that allows users to make money. Like all juicy carrots on the end of golden sticks, this aspect attracts many to throw their life savings at it and hope that rewards will splash back onto them.

I'm here to make money too, we all are, and I think that we would all agree that the less of our finances that pass through the grubby hands of traditional financial institutions the better.

My background is ecology - gardening and foraging to be exact and since starting on Hive, I've found that the ecological approach incorporated into systems thinking is most beneficial. I'm here to share what I know through the medium of blogging on Hive, not speculating wildly on which coin will twitch a little next. My goals are slow. I value comments and engagement above all else. A big payout on a post is great but if it doesn't make me at least one friend or ongoing relationship, the value is a little diminished in my eyes. The connections made are the ones that will pay off in the long term. Not only will they lead to other connections, but conversations and seeing like minded people's posts keeps me engaged and active.

Joining appropriate communities works well that way too. It super charges connection growth and you get a lot of valuable tips. At first, I was all about gardening, homesteading, food growing (the best kind of investment of course) and DIY (I do love tinkering). I based my blog around my home garden and primary food source, Ligaya Garden and was fortunate that one of my real world friends is quite successful here on Hive. @minismallholding has become a mentor for me. Now I'm interested in investing my returns.

Being one of the winners in the #newlion challenge here on LeoFinance gave me a big boost and really grabbed my attention. I kind of started this post with that NewLion post, writing about my shift from straight blogging to blogging with investment in mind so thought I'd continue with a little more depth with this one.

It's only this year that I've been swapping my HBD for coins and tokens on Hive Engine, so maybe some of this post is a little naive to battle hardened investors and speculators, so please bear with me.

From my past blogging, beside Hive and HBD, I had a stack of coins and tokens accrued as rewards on Hive Engine and I know nothing about them. It took a little time to follow up on each, to check their websites and front ends. Some were defunct, so I swapped those for the more active ones.

I discovered staking and the small returns that it can bring on my amount of currency and staked those that had some kind of monetary value. Most I could just swap, though some I put on the market (a big experimental thrill for me) and managed to flog them off to folks who wanted them for whatever reason they may have wanted them.

Beside growing my blog and value by blogging and commenting, I looked at growing my token and coin collection by applying the principles of ecology and plant growth.

I found LEO Finance early in the piece but it was all overwhelming so I looked at several other ecosystems that were and are still very active. One that I put a lot into was DHEDGE because it paid out in little drips that I could stake, compounding my earnings. Something weird happened there and the person behind it all seemed to disappear, leaving lots of confused posts on Discord. After watching its value tank over a few days I bailed on that one and swapped my DHEDGE for other stuff.

The happiest ecosystem that I discovered is the Hive Hustler's Token Economy setup. I love their setup because they have their own HIVELIST marketplace that allows all kinds of buying, selling, and marketing of services. It is exactly the kind of thing I love. That ecosystem works with Hivelist and Com tokens. Staking and/or delegating Hive Power to Hive Hustlers and Hive List pays out daily in COM tokens. Having a stake in COM tokens pays out in HUSTLER nd LIST. They pay out small amounts of other tokens such as LEO, CTP, PIZZA and ONEUP on a regular basis. ARCHON also pays out in HUSTLER in drips too. Every day I grow several tokens with no more work beyond staking the day's payouts.

This setup is generating its own fuel and supporting a diverse range of tokens that in turn generate the source. From a gardening perspective, it generates, not only fruit, and seeds but its own fertilizer too! It generates whole tokens too, not the 0.001xxxxx amounts that I started with and that's a good thing. My goal as a blogger though, is not to use the Hustler community to generate endless growth but to be able to switch the returns to either Hive Power for my blog or to switch them to LEO, which, to me is the most valuable token around here.

Pizza is the next ecosystem for me to explore. I did come across Bitcoin MYK which uses Bitcoin MYK backed dollars as the financial aspect and BTCMYK as the governance tokens. They aim to provide a 'Citizen's Dividend' as a kind of UBI for folks who sign up and participate. I tried to get a little blogging going on their site butwas turned off by the lack of interaction between their investors and the blogging public in general. I'm still part of it all but have been having problems logging on of late.

Ultimately, I've found that if I'm seriously interested in investing, Leo Finance is where I must spend a lot of my time. I did go through the convoulted process of converting a couple of HBD into a miniscule amount of PolyCub, just because there was so much fuss about it at the time. I kind of don't get why folks would invest the farm in it if the value seems to drop consistently. Maybe there's something about it that I haven't understood yet.

But the learnin' is why I'm here! 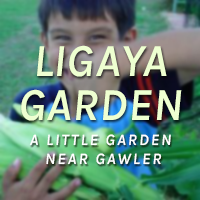 My missus is from Leyte
!luv

Happy to hear that.
Give my regards to her.
There is a big Filipino community in Hive.
Thank you po.

Walang problema! I'm friends here with several Filipinos and Filipinas, all gardeners. Glad to meet you here too.

Investment is the key to success here, you've taken the right decision of investing your earning that will be fruitful in the future. Thanks!

I'm hoping I get it right!

I hope the same for you!

We are all here both for sharing and learning and also for the financial part of the hive network. The great thing is that with all the different communities you can easily find your place and the people that will like and value your content.

That's the ultimate goal, to find a rewarding place

Hive is really amazing, everyone can find their tribe, learn and profit from it, just know where to fit in. Thank you for sharing.
!1UP

Great start to your content here and congrats on winning the #newlion challenge. If you wanna learn a ton of stuff about crypto, I have been working on a series for nearly a year now called Crypto Noobs and I think it would at least show you some new things to explore. Feel free to check my page if you might be of interest.

Good luck with everything!