leoplaw in LeoFinance • 7 months ago 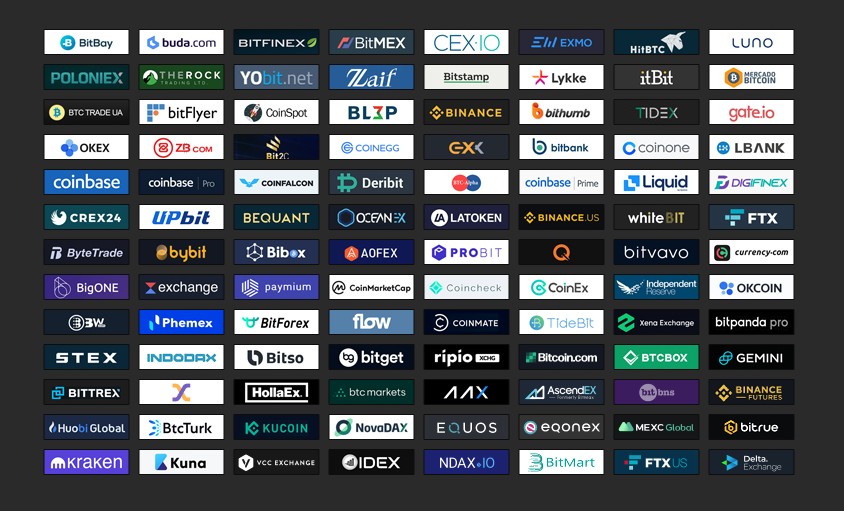 A major milestone has now been reached with the app. It can now switch between the exchanges that CCXT supports and load the historic and live price data of any of the cryptos that the exchange supports.

It's interesting to note the differences in exchange server response. Binance often times out, while Huobi always loads up and is lightning quick.

In theory, my app could support all of the exchanges that CCXT offers, but they themselves admit that some of the exchanges can be janky. It's herculean achievement on their part to have built a library that provides one consolidated interface to all of these exchanges. It would be a nightmare to keep it updated.

For me now, it is onto the next big step, that being managing trades on the exchanges.

Up until now, the app already had some utility as a multi-chart, multi-time frame tool. It truly makes a difference to your decisions when you can observe multiple time frames at once.

But to be able to place orders through this app is another level again.

I've used the desktop apps from Binance and Huobi and have found some things lacking. With this app, I'll be able to set things up just the way I want them, and change them whenever I want.

If you look at the video from my previous post, you'll see that I am designing the app to be very configurable, including drag and drop features for the layout.

There's much groundwork that has been done, but much more work to build atop that.

Step by step, progress is being made.