Crypto: Looking Past The Financial

lbi-token in LeoFinance • 2 months ago (edited)

The world still does not understand cryptocurrency. This is something that is getting to be pretty hilarious as we progress further down the path.

We see the latest in the absurdity class coming from Bill Maher. Evidently he went on a 10 minute rant call it a "Ponzi" scheme. Then he added how Elon Musk is a hypocrite for investing in Bitcoin when he heads up a renewable energy company.

Of course, I am sure Maher never mentioned the carbon footprint that his show generates.

Leaving all that aside, the bigger focus here is how so many people focus upon the financial. This is what the media espouses. Of course, this is only natural since that is what the overwhelming majority of people in crypto talk about themselves.

Everything is about Lambos, mooining, quick profits and what price will Etiereum or Bitcoin hit. Even with something like DeFi, we hear about the returns and the hunt for the best yield. Very little is said about the opportunity that is being presented by that technology to the masses. 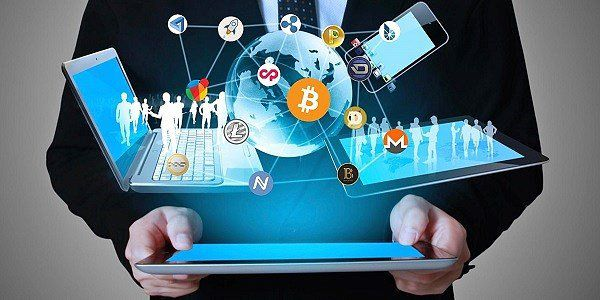 It is time we started to look past the financial. In fact, each time I hear the likes of Maher talking about "bubbles" and "Ponzi", I know exactly where they are coming from.

These are financial terms. People do not create technological Ponzi schemes nor are there bubbles. Yes, a technology can be overhyped and the excitement can precede the development. However, this does not equate to the same as what happens in the financial world.

Technology does not crash in the sense of how we commonly use the word. It can fail or not get adopted. We can see delays. Technological challenges are commonplace on the path to mass adoption.

The real story of cryptocurrency is the technology and what it provides. Instead of mooning, we need to talk about things such as immutable, transparent, and inclusive. The fact that it is outside government's control, Mr. Maher, is what gives it value.

We use the analogy to the Internet because this is something that what we are truly embarking upon. This entire industry is remaking the Internet. Whereas we operated on protocols that ended up being controlled and dominated by a couple governments and a few companies, we are now seeing a completely different path being pursued.

A lot of this is due to the fact that computing got a lot cheaper over the last two decades. This means the power people have in their hands outpaces what the largest companies were able to use a few decades ago. This changes the game entirely.

People are also waking up to the fact that having a few centralized entities controlling everything is not healthy. This is where the "rebellion" is taking place. No longer are many, developers and users alike, willing to cede control to the gatekeepers.

None of this is a result of the financial aspect of cryptocurrency although that side of things is important. We need to spread wealth out across the world. Without that, freedom will never occur.

Also, we cannot overlook the fact we still live in a monetary world. That is still what equates to power. At the same time, financial resources are needed to keep this expansion going. Fortunately, we have the ability to generate our own currency and benefit from the appreciation.

Nevertheless, the important story is not the mooning of currency ABC. Instead, it is the growth in users. As opposed to focusing upon a 20% move in the price, a new update to a particular application is more important. The path before is paved through development of infrastructure, products, and a host of other underlying platforms that will power the new generation of the Internet.

Maher cited Warren Buffett in his rant. It is rather humorous since Buffett is a self-proclaimed technology bear. He does not understand it so he stays away from it. He only got into Apple stock after it got so large it started trading like a mega-cap. There was no buying based upon the technology. Of course, this brought him to the table about 15 years after the massive run started.

Buffett has his own style of investing and that works very well for him. Yet he is 100% financial. There is nothing in his DNA that is technological. This is where he goes wrong with regards to crypto.

It is also where those who cite or use him as an example are completely amiss. They are referring to a guy who knows nothing of the technology. So either those people also have no idea about it or are running an agenda.

Either way, they are not part of what is being created here.

Cryptocurrency and blockchain are two technologies that make the Internet better. These two solve some basic problems that were present in the original Internet protocols. They ended up creating a host of problems as we see near 30 years later.

Blockchain is a better security mechanism. While not perfect, we see the value of Bitcoin in the fact that it is a network, open to the public, which was attacked for more than a decade and yet never was breached. How many Fortunate 500 companies can say that? In short, blockchain is helping to increase the security of the Internet by providing a network that is free from hacks.

At the same time, cryptocurrency addresses the Amazon, PayPal, and Facebook problem. We have a system that is "siloed" now. This means that everything happens behind the wall of private companies. They own the data (which they monetize) while also acting as the gatekeeper. Do something against them and your ability to transact suffers.

This gives them a lot of power which, many of them have shown, they are perfectly willing to abuse. Cryptocurrency facilitates peer-to-peer transactions. This was not present for the first few decades of the Internet, at least not to the masses. Instead, we had to use the likes of PayPal to transact. That became the medium of exchange on the Internet.

Now we are seeing something completely different. We are witnessing applications built that are based upon the peer-to-peer idea. This is extending into gaming, social media, and a host of other areas. Over the next few years, the technology, not the financial, will ensure this continues. Certainly, it is safe to say the value will grow along with it. However, the impact upon humanity will be what is built, not the fact that the total market cap of crypto is going to moon.

Finally, we are looking at a completely new ownership structure. This is another point that is lost upon these naysayers. Today, we have ownership of assets in the hands of a few. The exclusionary system means that the average person is left out of many opportunities. At the same time, people are exploited by the gatekeepers in many different industries, giving them a small piece of the financial production from their works.

This is all changing and this is not due to the fact that the price of Bitcoin or Ethereum is mooning. It is a result of new technological infrastructure being laid that is enabling others to build upon it. Ultimately, this is providing people with options which not only carries a financial benefit, but also leads them one step closer to freedom.

To simply focus upon the financial aspect of cryptocurrency is missing a major part of the story.

*The story about Bill Maher's rant can be found here.

Well the traditional stock investors don't understand how technology is improving and the network effect so I can't fault them for calling it a ponzi. But I seriously do think they should learn more about it rather than bash it. However I would consider that unlikely because they have an unfair advantage in the current system and they don't wish to give it up.

Very good points. The people I most respect in the blockchain world are the ones who never talk about the money. Those beavering away in the background, making the tools that will help adoption for others and also come at it with a more philosophical point of view.

"Of course, I am sure Maher never mentioned the carbon footprint that his show generates."

If you mean by all the bull shite he spouts, I agree. He works for the ones that Crypto and blockchain threaten the most so I am not surprised by his take on this. All those late night scripted Sudo comedians are the same, they will never do anything to challenge the power structure.

But I definitely take your point and I do fear that focusing too much on the mooning opens the whole of this space up to these types of criticisms.

This is a beautiful read here, wow, in reality, I find crypto as means to build wealth overtime but then a lot of other people in the media often aggrandise crypto by only thinking is the moons, its placing a sort of ponzi feel to the way crypto generally works, we know this can be totally crazy but then the tokenomics and education on crypto would generally help a lot.

I can always tell if the lbi post was written by the master of tasks even if he doesn't sign it :P his style is unique

Haha was thinking this, where's the tag?!

That's exactly what I meant! The style is recognized easily :-)

Great read. Bill Maher and others who criticize cryptocurrency, simply lack insight on how crypto and the technology behind it works. They simply need to be eduenlightened.

Cryptocurrency and blockchain are two technologies that make the Internet better.

This gives a refreshing perspective and a nice break away from all the safemoon, moonboys and what not craziness.

Although I understand it's completely different from the likes of Facebook etc. anyone starting small here or investing little is kind of at the mercy of whales deciding where the rewards and everything goes? Of course I see many focusing on quality content through proper curating etc. but it's not really an even playing field as it looks like a hierarchy of some sort? I don't know might be my inexperience, but would love to hear your thoughts on that.

The real story of cryptocurrency is the technology and what it provides.

Thank you for this enlightenment. I have never seen past the financial benefits of cryptocurrency.