frens, crypto Twitter is kinda going insane right now. I'm trying to spend less time on my devices during this time of year, but I can't stop. It's an addiction. An addiction to Hive, NFTs, and crypto. Some would say that's a bad addiction, but I disagree. It's kinda gotten me to where I'm at in life which is... I'm doing alright. I'm not working a bullshit job living paycheck to paycheck and never having time to actually live. Anyway - as I'm scrolling through Twitter I keep seeing shit about this new $SOS token that apparently people got airdropped. whew lad 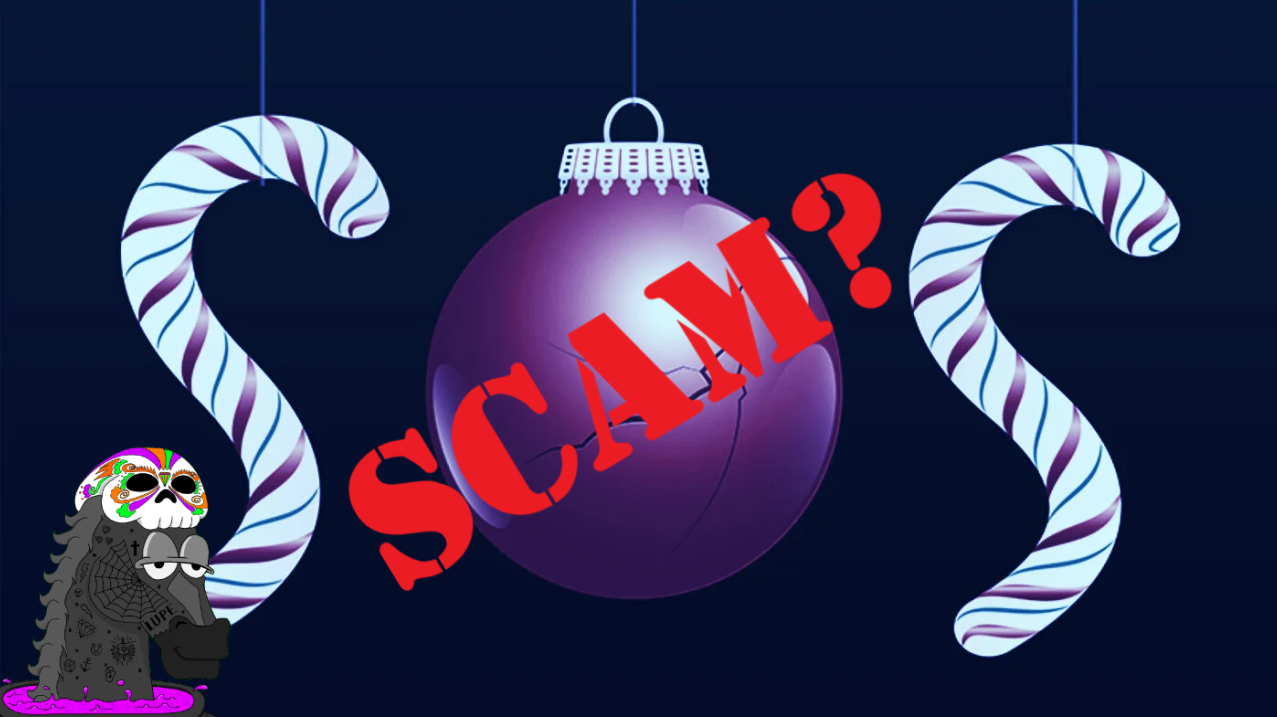 Lemme first say - I'm just a crypto degen on the internet so you know... NFA and all that stuff people say arbitrarily. NFT whale 9x9x9.eth tweeted on the 24th that the $SOS token airdrop is available to claim, out of nowhere. This is a free airdrop to anyone who has bought or sold any NFT on OpenSea prior to December 23rd. There was no sale. He claimed no tokens were reserved by the team, which I assume is just him. That's all the info we get before heading to the website for more. 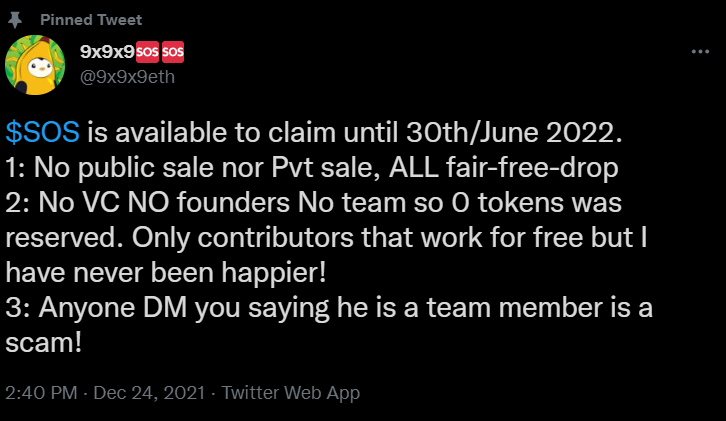 Lemme tell you, the website is pure shit. Like it's laughable. I'm no professional web developer but come on. What can we expect from devs "working for free" though, right? I just can't not make fun of this...

There isn't much to the website. Just a connect wallet button and a claim button. Links to the Telegram and Discord, of course. They give a supposed breakdown of token distribution as well. Not that we could actually verify it... Unless, you know, there was some kind of transparent digital ledger that we could somehow look at... Damn. clear joke, queue laughter.

The calculation factors in the amount of ETH, DAI, USDC, and amount of transactions to figure your airdrop. I didn't have a wallet accessible when I checked this that had ever done an opensea transaction so I dunno how it actually works. You gotta pay that gas fee to claim your free tokens though, and another gas fee to trade them. Keep that in mind so if you get a tiny drop, you do you. Who knows what the 20% that the OpenDAO keeps in tokens will be used for. Supposedly compensating verified scam victims on OpenSea? The fuck does that mean? Compensate victims, it says it again. I need more than this vague statement guys. Come on. I'm not saying scam, but it's lookin a little sus, bois. Let's check out the guy behind this though. He's anonymous but it's the blockchain so you can check his Ethereum address. He even has an easy ENS address, 9x9x9.eth. First, his OpenSea profile. This dude is a FUCKING WHALE.

With 4100 different Ethereum NFTs in his wallet, and some pretty insane activity... You can see that he's quite the NFT whale. Nothing wrong with that. It just looks like he's going to get a massive airdrop. Coincidence? Surely. Let's look at his wallet on EtherScan though because this is pretty interesting. This wallet tied to 9x9x9.eth holds $700,000 worth of SOS tokens and over $11 million worth of Aave interest bearing XSUSHI tokens. Holy shit. That's insane.

Also looks a little odd that he bought a shitload of these tokens right around the announcement of exchange listings. It's almost like somehow he knew that the token he created was going to go up 1200% lol. How could he have known?

It all just looks a little suspicious to me, but like I said, I'm no expert. I just like to over analyze things. Also if you read in the article linked at the top, the code and contract look a little sketchy. Why would they have code that allows them to "grant any arbitrary amount of $SOS to any arbitrary wallets by simply generating ‘valid signatures’"? That to me screams DO NOT TOUCH!

What say you? Scam or nah?

I didn't get in on that one. Tried to sell some on Opensea but didn't have any luck. Oh well, can't get them all... Stacking up on Splinterlands stuff though, lol.

Congratulations @l337m45732! You have completed the following achievement on the Hive blockchain and have been rewarded with new badge(s):

looks to me like it doesn't pass the smell test... I think you're wise to ask questions and be cautious

Exactly. I'd rather cautious and make people aware

I don't care much about $SOS, when is your next giveaway of wax? LOL