How's it goin everybody? Hopefully well. I mainly wanted to share what I've been working on with my 3D printer but how can I ignore the crypto market? After a ton of sideways action we're finally getting a little bit of movement. I don't follow prices too closely unless I'm planning to make a trade but I do get all the notifications and whatnot about gains. I try to focus more on what's actually going on with news and projects but prices are important. I choose Coingecko over CMC simply because I feel that CMC is full of bullshit and way too 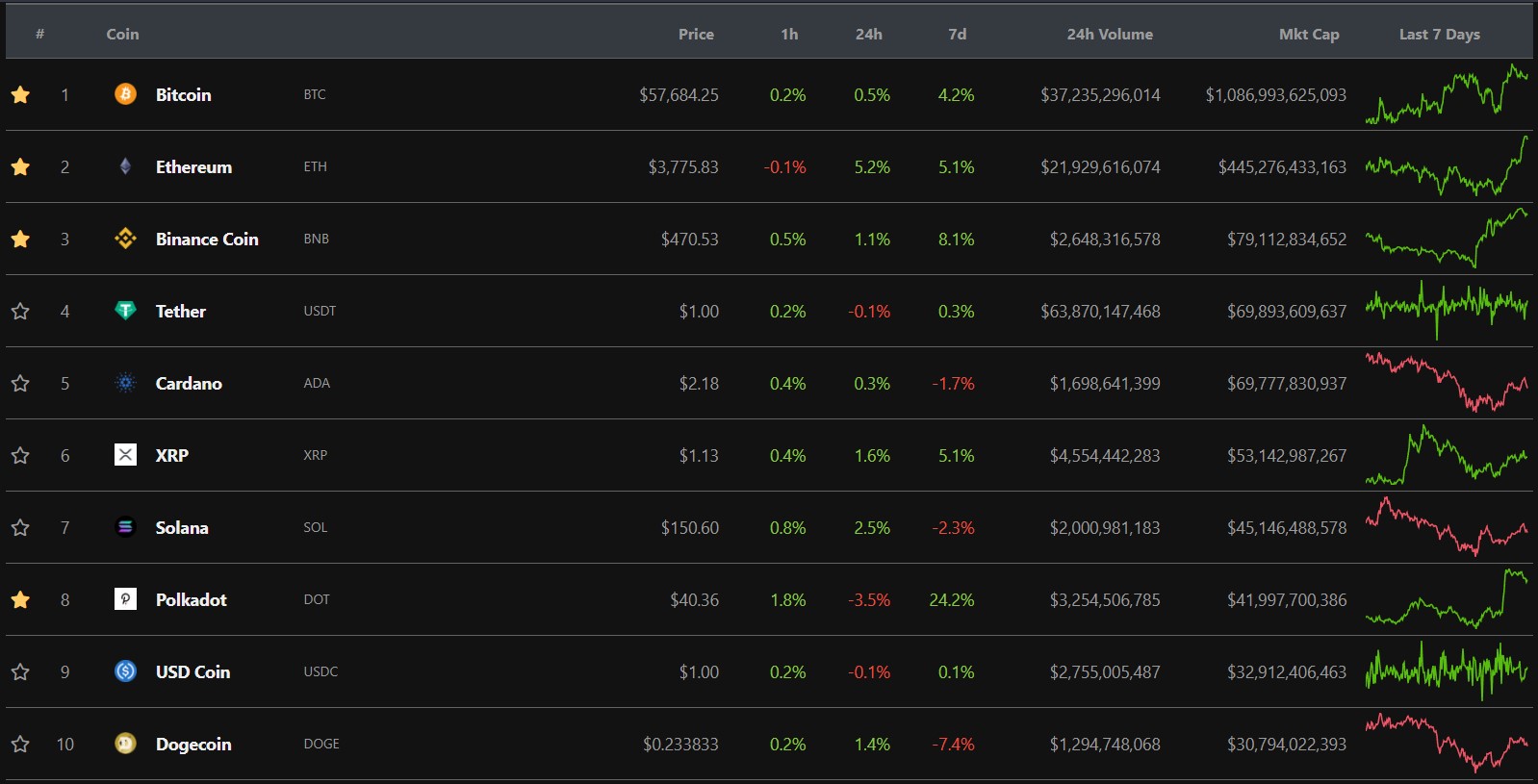 Looks like everything in the top 10 cryptos is up except DOGE and the stablecoins. How funny. I can't help but make fun of DOGE just because it was meant to be a joke... Somehow it is in the top 10. So congratulations you fucking degens, we did this to ourselves. Let's take a look at HIVE as well, because we all love us some HIVE. Not a ton of movement but I am happy to see HIVE holding at 85 cents. Nowhere near what it should be, but for now I'll take it.

Alright - so as you may know if you follow me, I do 3D printing and design. I decided a couple days ago that I wanted to convert my Ender 3 Pro to a direct drive printer. This will allow for faster, more precise prints and will also allow better printing with materials such as TPU filament. So why the hell not? You can literally 3D print all the parts necessary to do this conversion and use all the stock parts. I also have some spare shit from upgrading a couple parts. This is gunna be a little long and I won't go step by step because to be honest, I don't remember all of it lol.

These are the new parts that will allow for direct drive mounting. I also printed a Bullseye duct for better cooling. 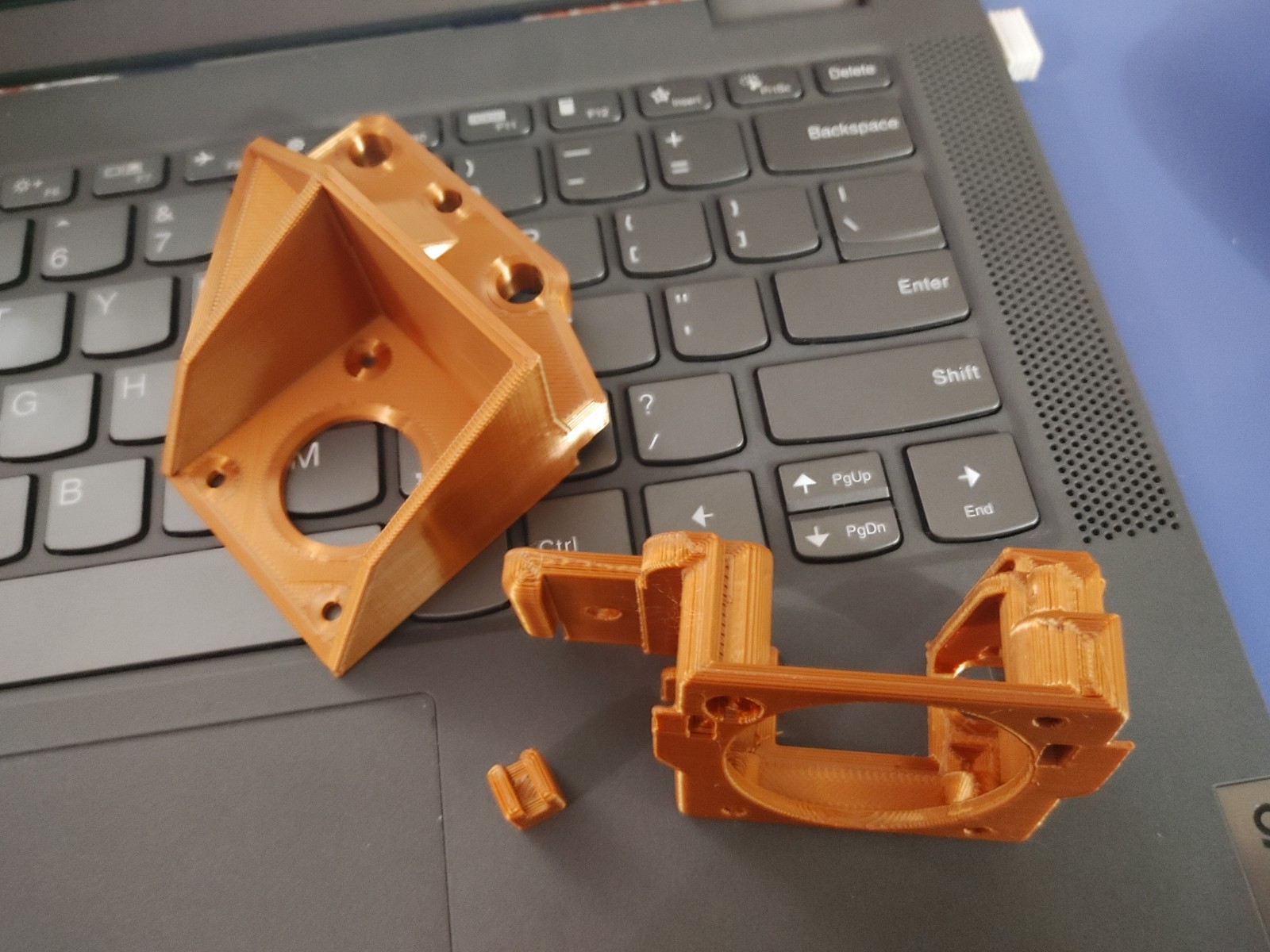 Also I'd like to go ahead a mention - if you're planning on printing a Bullseye duct, don't be an idiot like me and print it wil 60% infill. Go ahead and print it with 100% infill and thick walls. First, remove filament and get rid of the Bowden tube. You only need a small piece of it and you'll also need the metal end pieces. 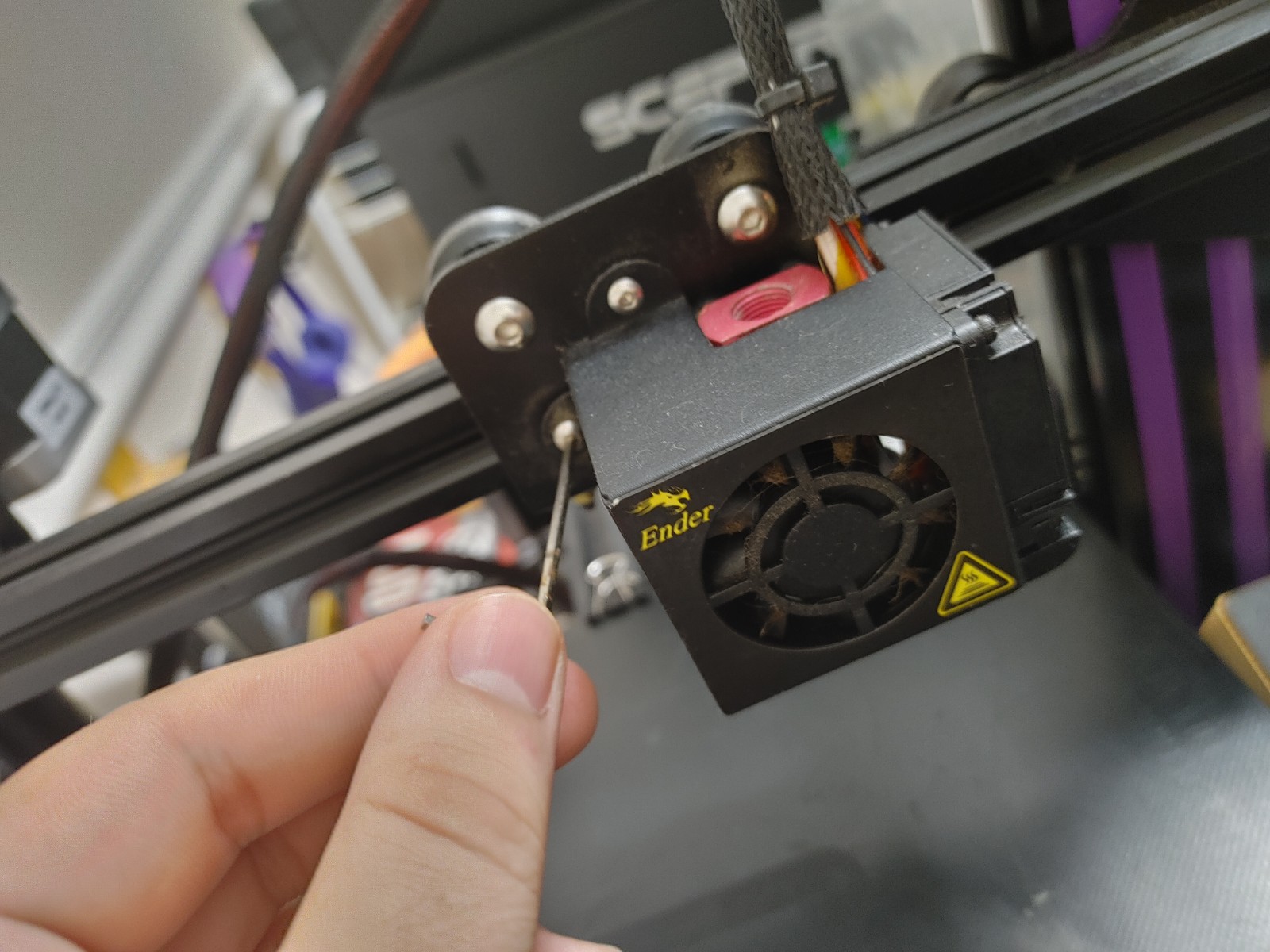 Now to get rid of the old shroud and pull off the fans. We will be installing a new mount for these. Removing the screws from the extruder nozzle so I can move it out of the way. 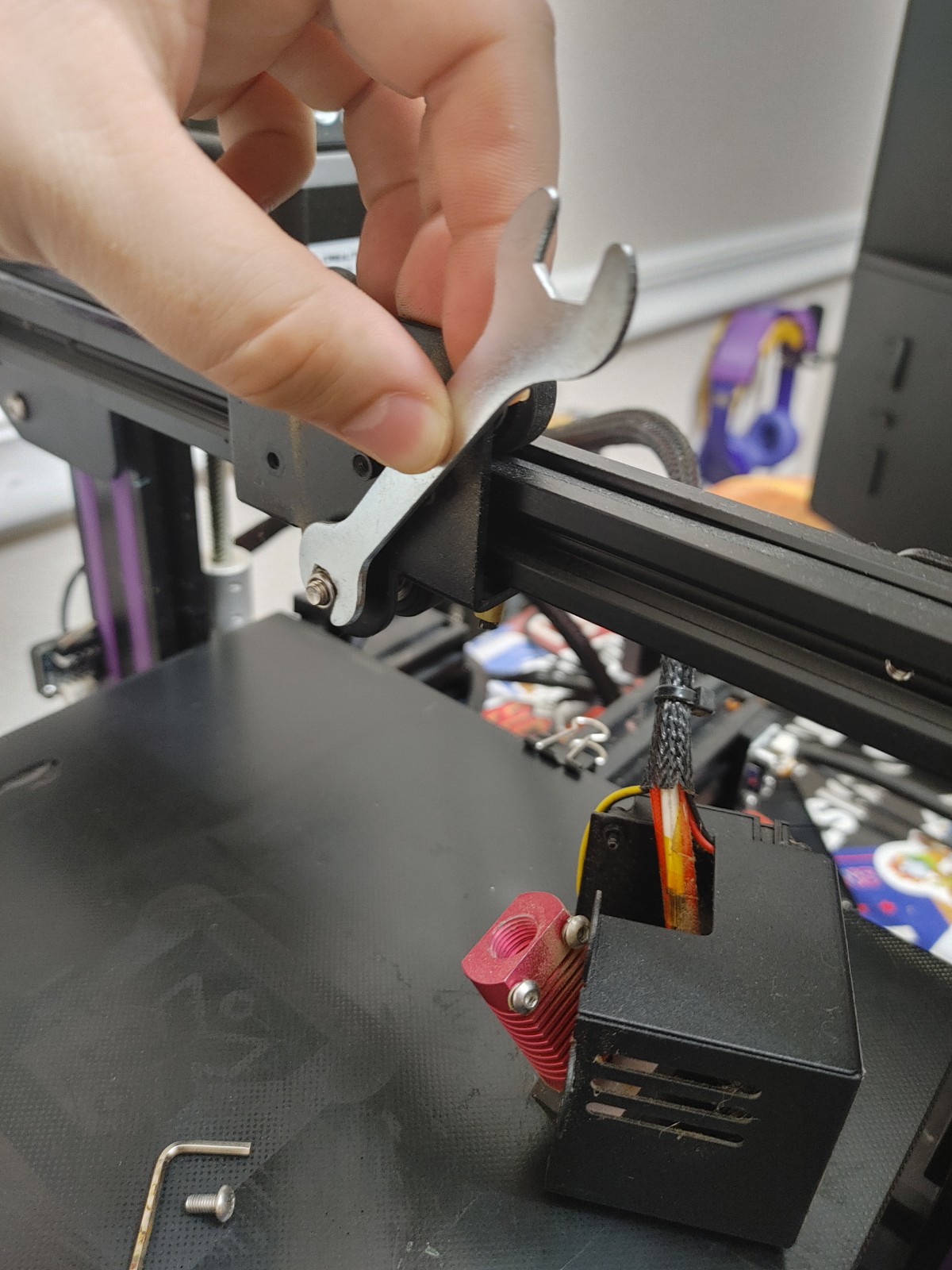 Now to remove the motor that feeds filament to the extruder. This will be mounted on top of the extruder with the new mount. 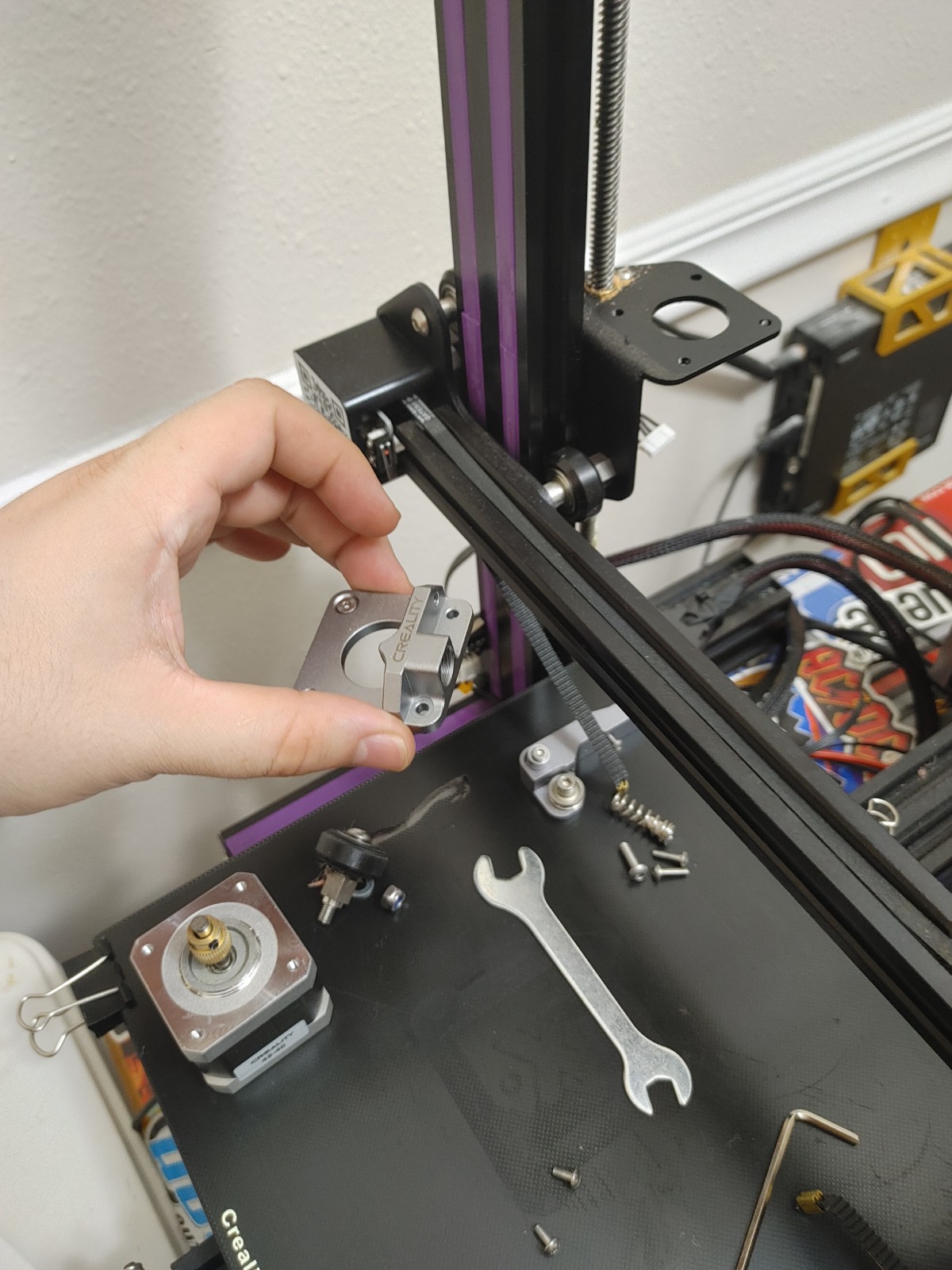 Now to remove the rollers and attach them to the new mount plate. The metal cylinders (I don't know what they're called) didn't go in the new piece so easily so I used a C clamp to get them in. 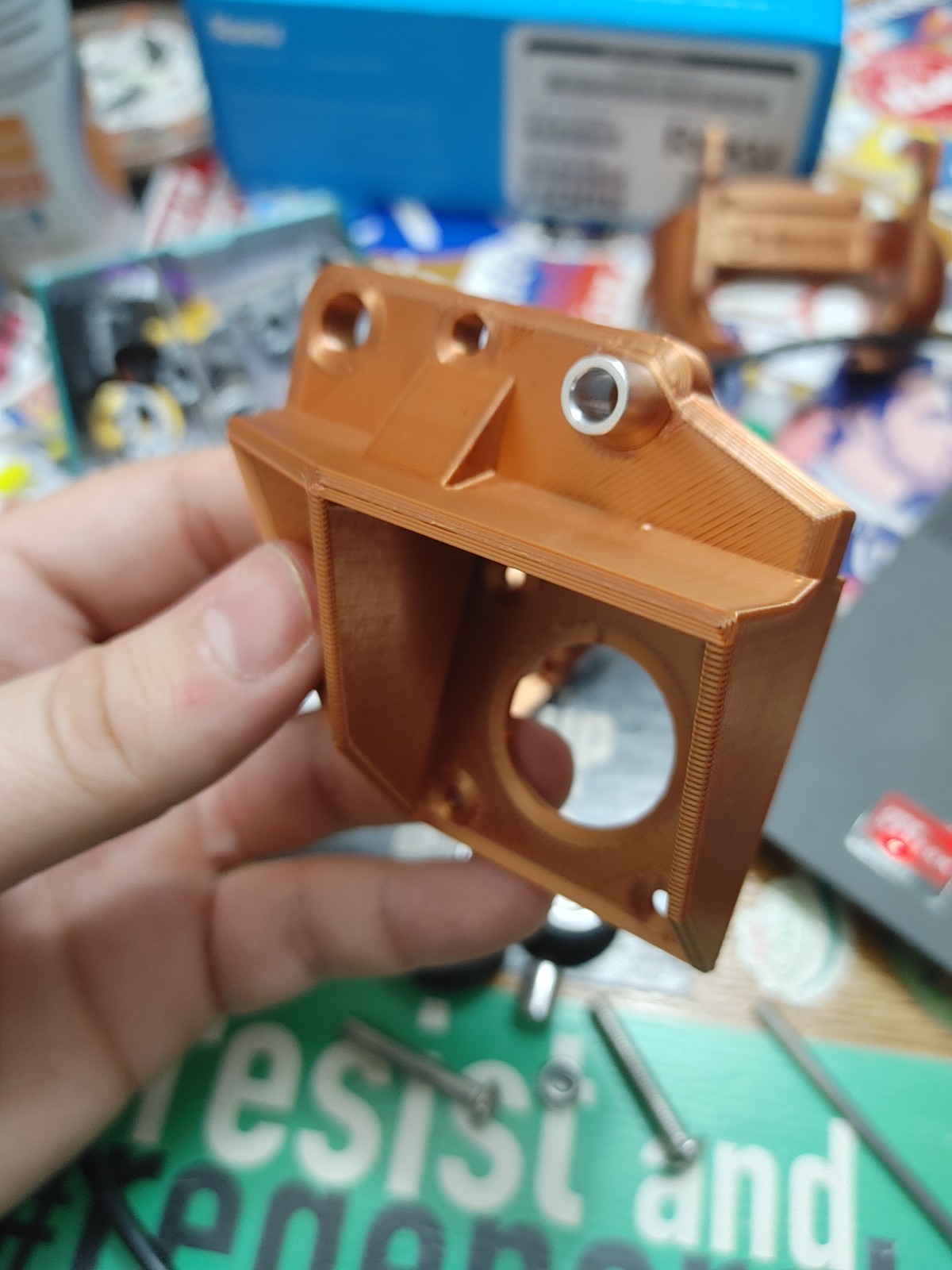 It did the trick, made them go right in. 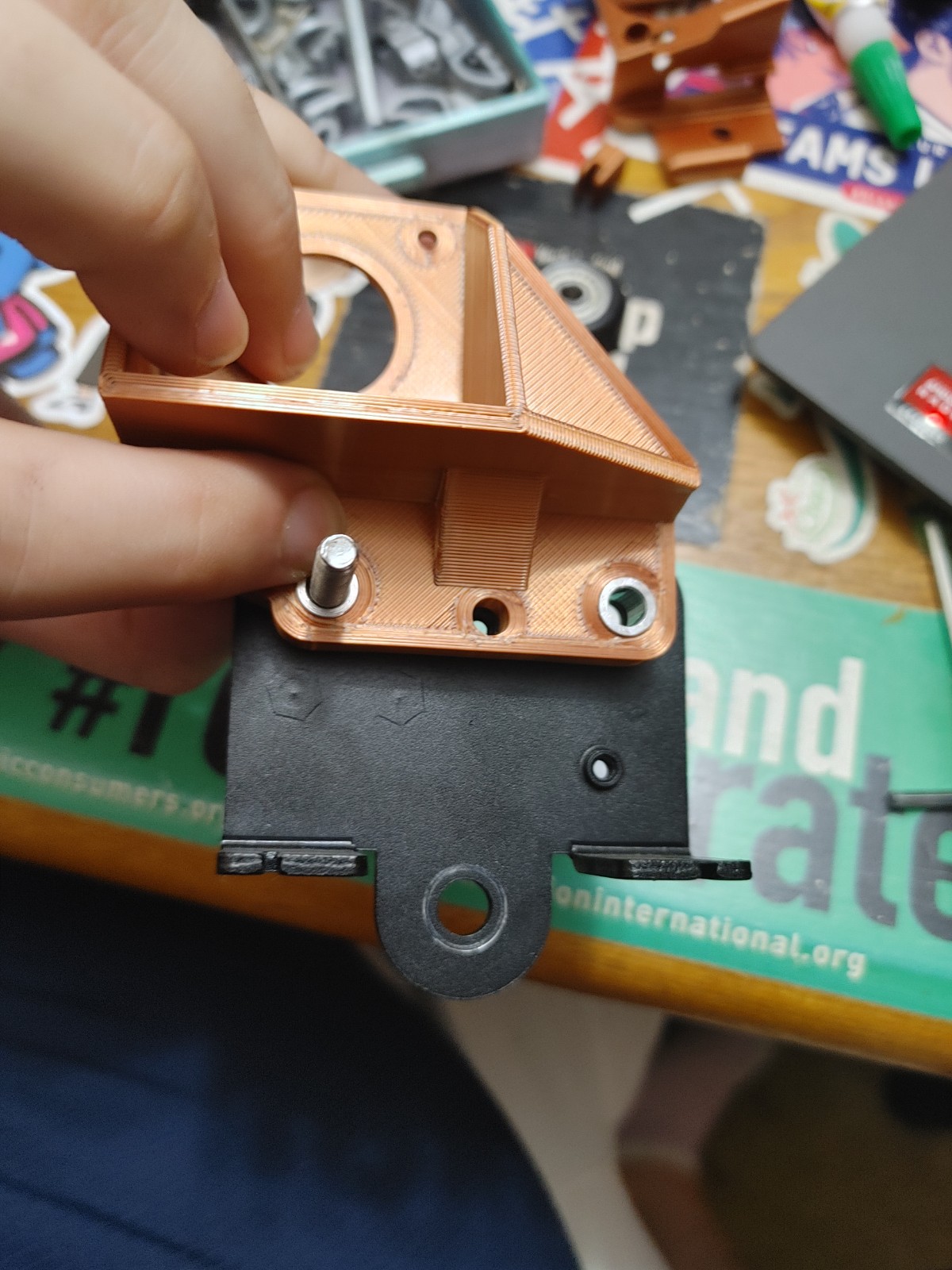 Attaching the rollers. This is the new mount for the motor. Motor in place and ready to be screwed on. 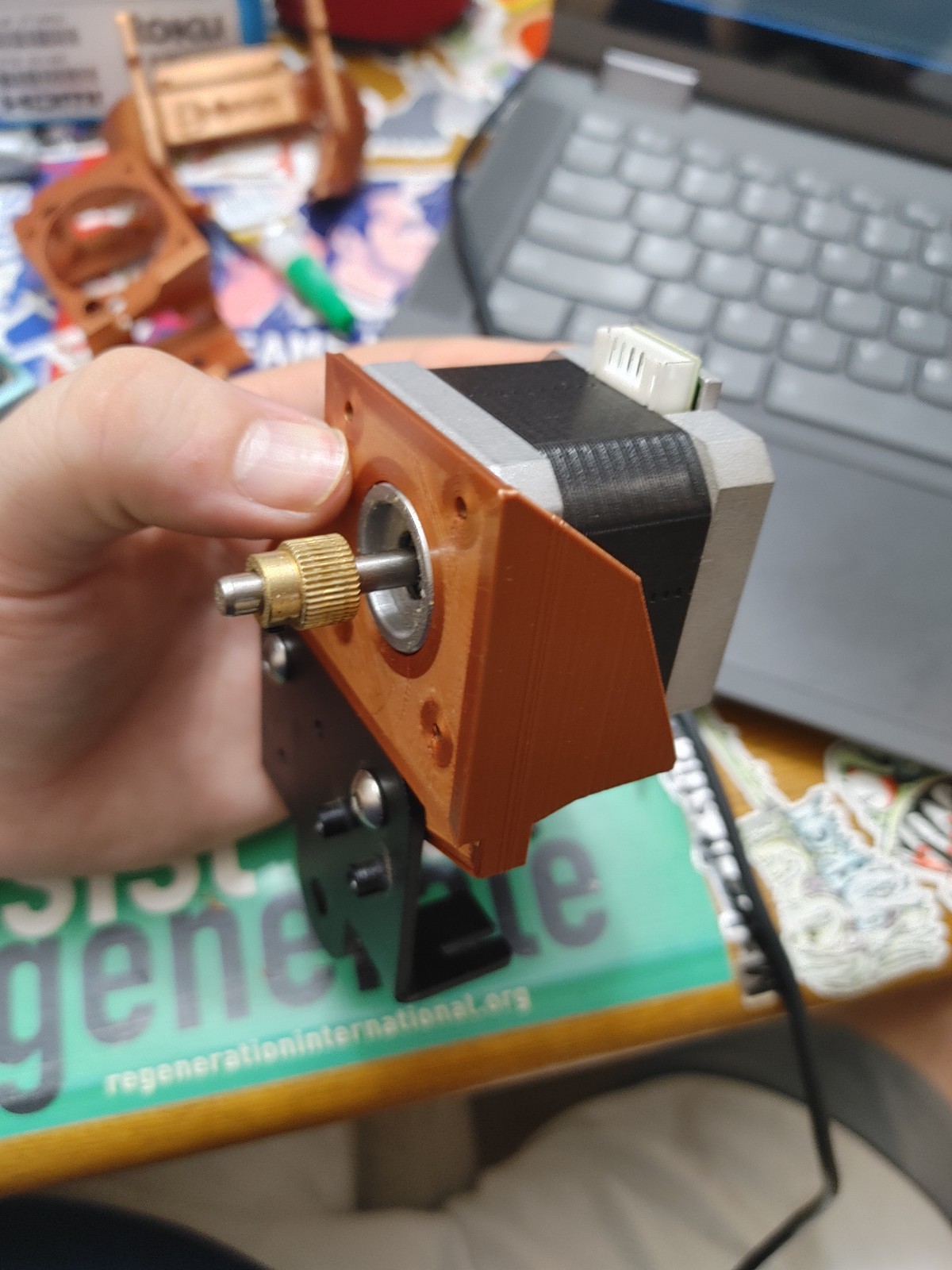 Motor and extruder components in place. Now here's where I fucked up. I didn't pay attention to the directions because I was trying to multitask. I claim to be good at it but I'm not. This is the point where I should have attached the metal pieces from the Bowden tube. Instead I went ahead and reattached everything like an idiot and had to disassemble it again. I stopped taking pics for a minute out of pure frustration lol 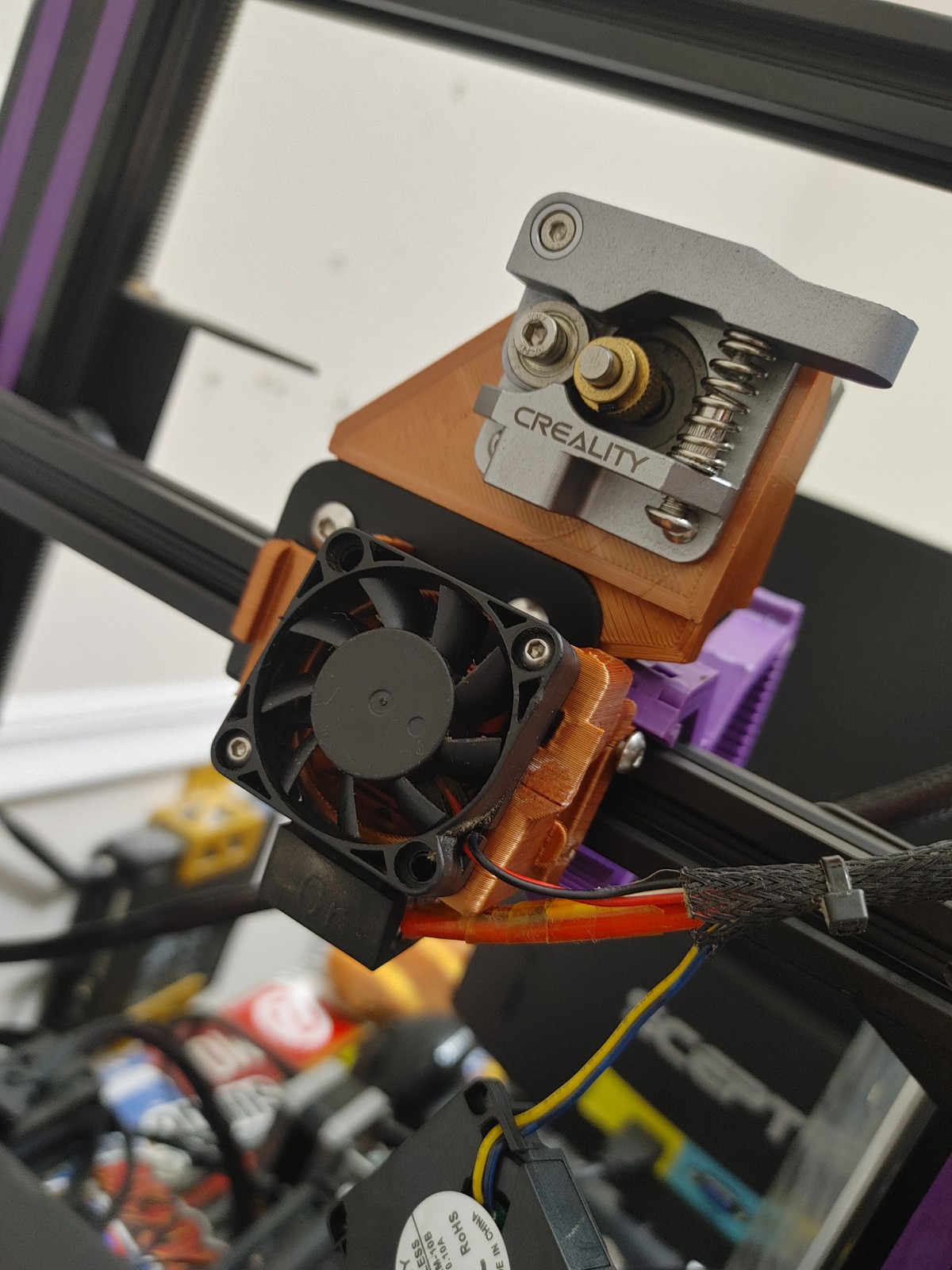 So after taking it all back apart and attaching the bowden tub piece, it was time to attach the Bullseye duct. The fan is supposed to snap into these 2 divets but somehow my print came out weird. So I filed them and superglued it to hell because fuck it I was annoyed. So after the duct breaking in multiple places and having to superglue it back together, I rigged it all up temporarily just so I can print a new one lol. This hobby can be frustrating. I've gotta get it calibrated now and do a full reprint of the Bullseye duct with 100% infill so it isn't so damn fragile. What did we learn here? Don't try to multitask while rebuilding your 3D printer. I'll update you guys soon.

I hope you enjoyed.