Hey! You! How are you? Hopefully you're well. If not, I'm sorry. Drink some water and take a deep breathe. I was bored and tired of my vape falling over. I have a shit battery at the moment because my wife misplaced the good one. So this one is long and does not stand up very well. The slightest movement makes it fall. So I though, why 3D print one of my own. I'm learning to design in Fusion360 so I might completely redo it but I do like how it turned out. I used TinkerCAD for this one. I present to you: 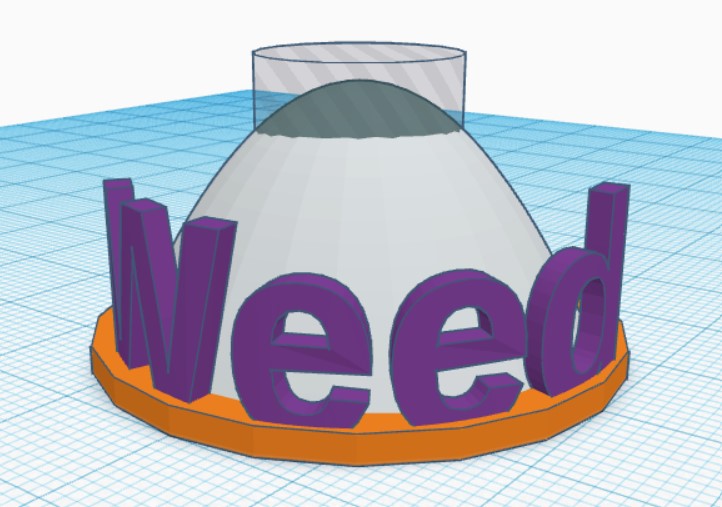 So what you see here is the 3D model of the final version. I made 3 versions to get the measurements right and figure out the design I wanted. The first was just a cone with a hole all the way through it. It worked but it wasn't wide enough and the hole was too big. So on the left is version 1 and you can see that the hole is too big. Version 2 on the right has a wider base and smaller hole that is almost a perfect fit. Now that I had the dimensions perfect, I wanted more stability. I added a bottom later that's about 2mm thick so it doesn't go trough it, and instead just sits inside it. Then I added a 3mm rim to the outside of the base for more surface area. But it needed something else. Something special. I didn't know how exactly to do it, so it took some tinkering but.... 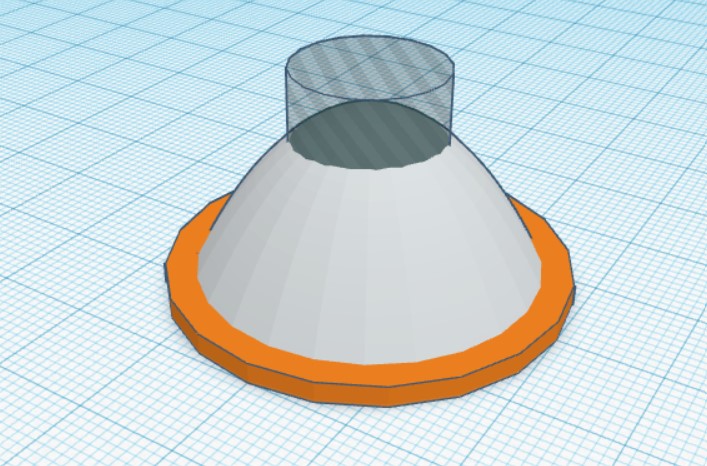 I added the word "Weed" around the rim and I fell in love lol. I love weed, my vape has thc oil in it... It's just perfect. Maybe in the next version I'll figure out how to add the text to the curved surface. I wasn't sure how it would print but it actually had no issues. I used tree supports so they would be easy to remove and viola. This is the preview of what it will look like before it hits the printer. 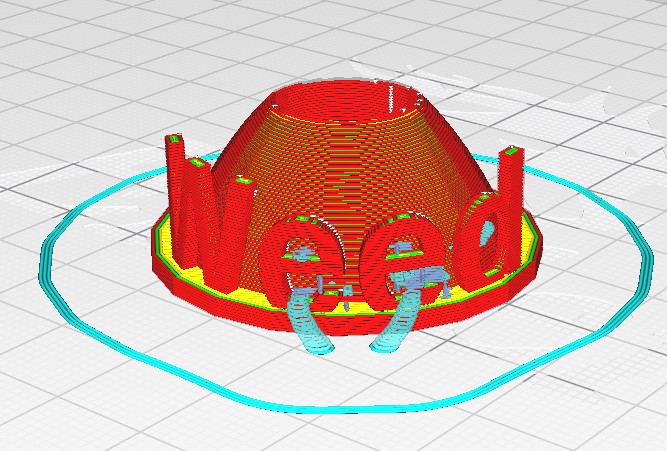 Came out a tad stringy, but it looks great! A little cleanup will do it justice. Off to trim! 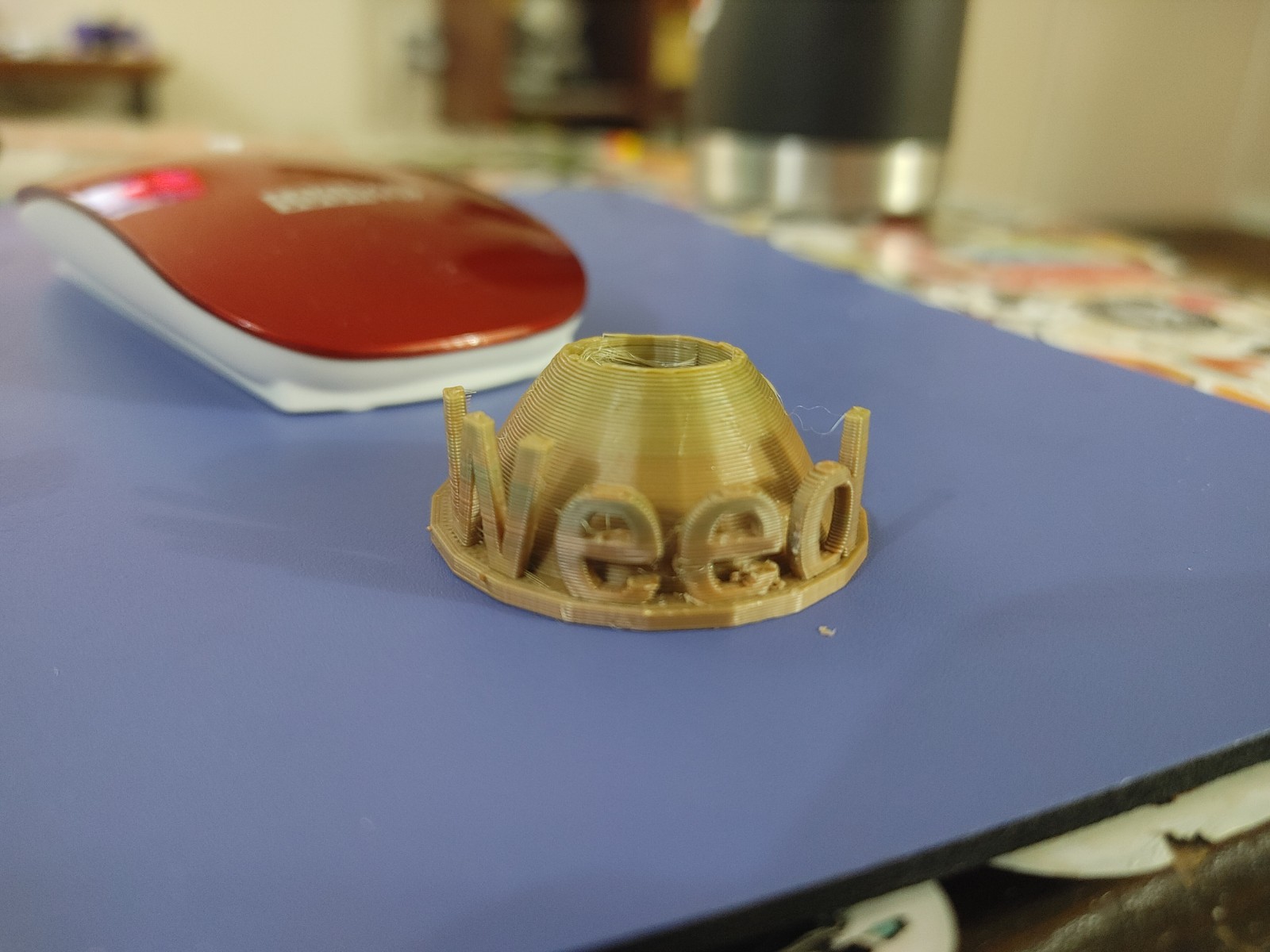 After cleanup, I poorly colored the letters with a sharpie because I wanted it to stand out. Fuck yyes! 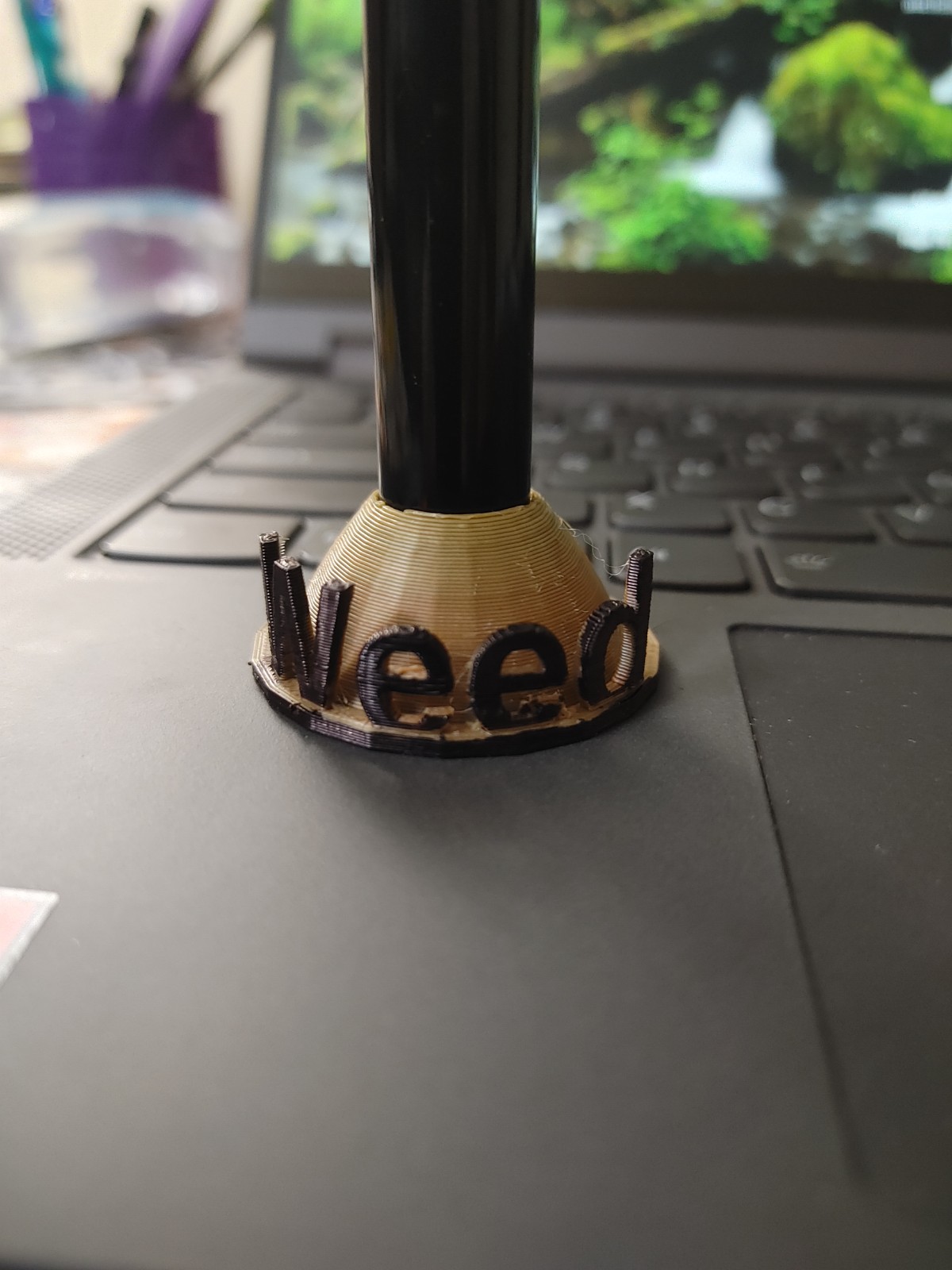 I know it looks rough, it was printed on low quality for testing. I'll do a better print maybe with different filament. Going to redo the design in Fusion360. This is also my first time using 3Speak, so that's cool. It let me add my WAX, BTC, ETH, and BSC addresses for donations which is pretty dope. I don't expect anyone to donate, but hey if you want to buy me a beer or some weed.. Feel free!

Thanks for checking it out.

3D printers are so cool!

Aren't they?! You can make the most useful and most useless shit ever

Thanks dude. It's a work in progress lol