frens, I spent some time yesterday playing with Fusion360 and I designed something I'm pretty proud of. I have been teaching myself 3D design since I've had a 3D printer for quite some times. Now that I actually had a chance to sit down and play with the software some more. You might have seen my customer vape stand I did a while back. This one is a tribute to the LeoFinance community. 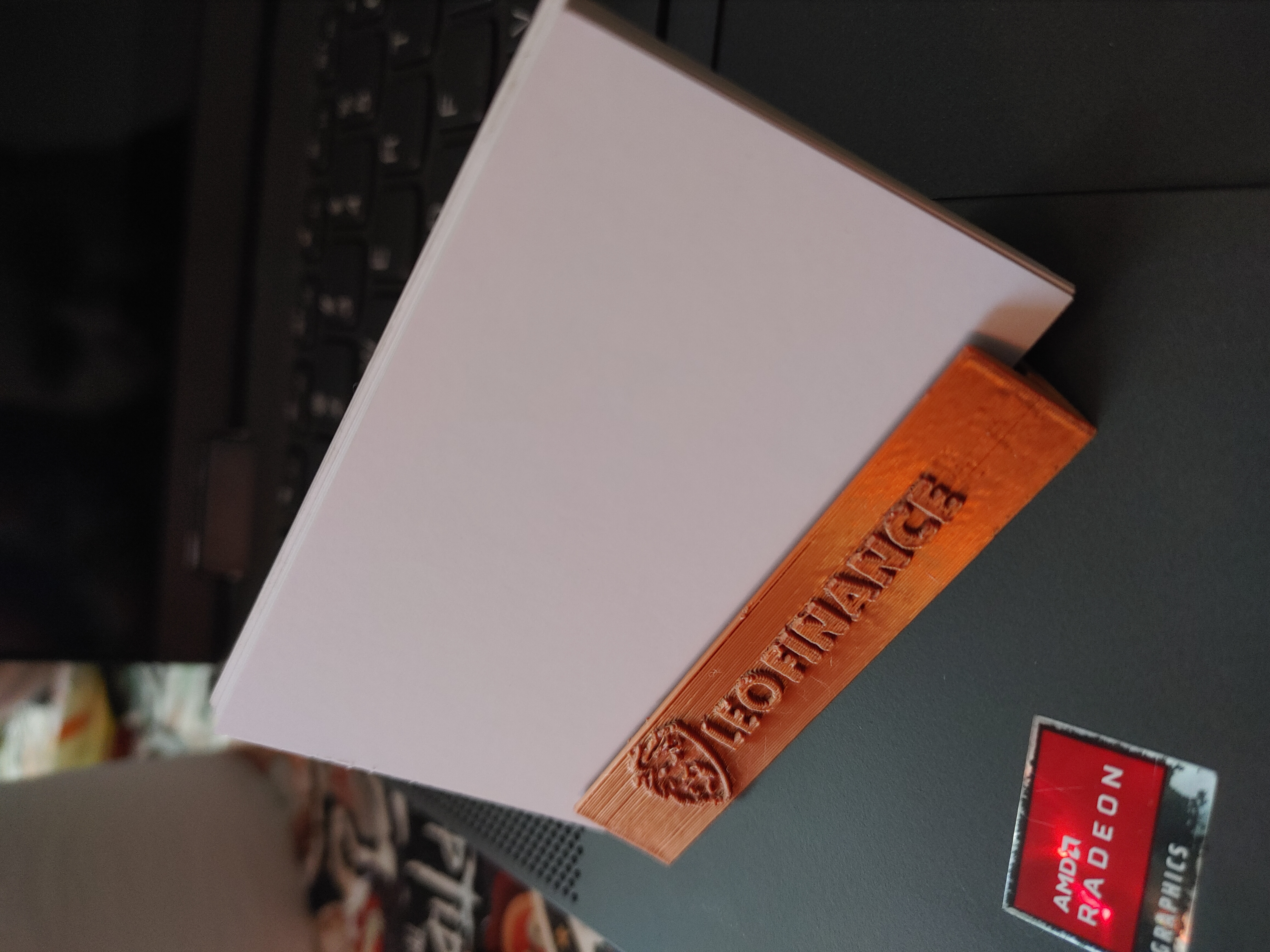 I started with something really simple. Literally just did a sketch of the shape on the X axis and the Extruded it to give depth. I think I did 3 inches. Once I had that basic shape, I wanted to get the LeoFinance logo on there. This got a little tricky. I found the SVG file on their official Discord luckily so a lot of the work was already done. Just getting it sized and making it look good was the challenge.

This is a pretty small print and that logo was huge. After getting the logo sized and mostly centered... I'm a noob. I know I could have added a construction line and set a center point but I eye-balled it instead. Once the SVG file is on the plane as a Sketch, all I did was select each individual piece and letter, then hit the old Extrude function to give it depth. I initially did 0.03 inches. I also added the same logo to the front slanted part. I created a construction plane on the slanted line and then repeated the process. I sent that bad boi to the printer for a test print and was please with the result. Pleased, not satisfied. It needed some improvements. The problem with this design was - it held business cards just fine but was too light/thin to hold my phone up without the case on it. it would just fall over. So I knew the back needed to be thicker and the stabilizer lip on the back needed to be a little bit longer. Back to fusion360.

After making the front and back thicker, I extended the stabilizer lip on the back and added some fillets. Fillets are the rounded corners you can see in the pic above. I had to make the logos bigger and adjusted them to 0.025 inches. The text came out kinda rough so I think I'm going to have to change to a higher quality print setting and maybe slow down the print speed. Overall, much better looking design. and it holds both our phones!

The front logo came out waaaay better than the back too. I guess because it's at an angle. I dunno. I have a full timelapse of the v1 print but it was giving me some issues uploading on 3speak. So I uploaded the hand-shot one on Odysee instead since it looks way cooler and is much better quality.

I'm really interested in the printing technology as well as getting my own system set up for additive as well as subtractive manufacturing and also laser engraving.

What kind of 3D printer are you using?

And personally do you have a hive list store that you can start posting up some of these products for sale?

It's very addictive. I'm using a customized Creality Ender 3 Pro. I haven't actually heard of HiveList, can you enlighten me?

@thelogicaldude runs it. Hivelist.io our commerce plugin! With of course list and commerce tokens...

Yeah. I've got an online store. I haven't set it up yet but I've got it!

And I'd definitely like to see your printing available there.

They can take advantage of all sorts of cryptocurrencies and convert them into payment for your order.

Just wait. The future is now!

Amazing! Thanks, going to check it out!

Congratulation !! I hope you will continue and enjoy 3D printing !

The card stand is Really great, maybe you could sand it a little to hide the lines 🤔

Thanks! I can print at higher quality or sand down and paint. This is just for testing and playing with designs.

Oh ok, that was something like a draft mode ?

I hope to see more of your creations 😉 !PIZZA

not really like a draft mode per say. It's just low quality printing that's typically much faster. That way I can test designs and optimize.

This is really cool

Thanks man, I've been working on some other stuff I plan on printing when I get back home.