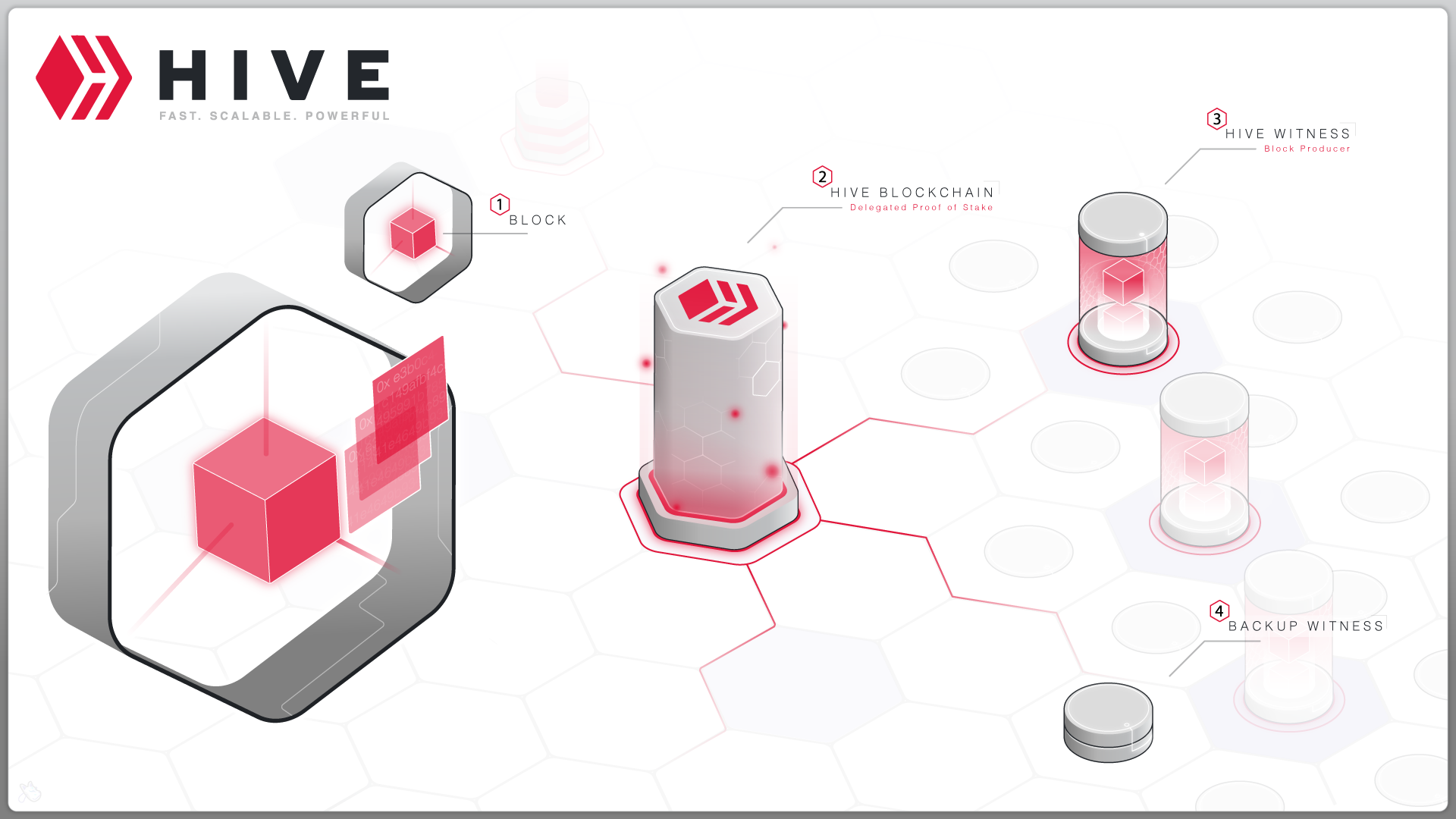 I would like to start by quoting words of wisdom by @guiltyparties:

The strength of Hive lies in our decentralization. In a centralized system, the user is the customer or the product. In decentralized Hive, the user is the owner. Any individual enjoys the absolute freedom of contribution to Hive; you can build a dapp, you can start a community, you can nurture a blog, you can curate others, you can test core algorithm changes, you can work on a portal, etc. And you can do one or all of those in your own way, in whatever language you speak, from wherever on the planet you call home, championing your own creativity and uniqueness. The possibilities are endless!

Why is decentralization important? In my opinion, primary benefit decentralization provides is the security of user, stakeholder, participant accounts and their assets. On Hive users are owners of their accounts and participants in decentralized economy. In such a system no one entity or group, nobody has the power to delete, alter, and perform transaction from anybody's accounts. Only the owners of the account have full control over them.

From the past experiences we have learned that at early stages of building decentralized systems, decentralization is fragile and attempts can be made to centralize the system by one entity or group colluding together. This kinds of acts put individual owner accounts and their assets at risk. This is no longer a theory, we have seen this in practice.

Today, Hive is more decentralized than ever. We can trust the system more than ever that our accounts and assets are and will be secure. There is no single stakeholder that has stakes high enough to perform an attack. Even collusions of group of individuals is less likes, while still remains to be a theoretical possibility. Even if someone started to accumulate stakes and kept buying up Hive available in the market to gain full control of the network, I believe this would not be possible as it would drive Hive coin prices so high any malicious ambitious would be too costly.

Hive governance is decentralized, and it gets better with more engagement, contributions, and participation of all parties involved.
One of the ways to participate in Hive governance is to elect witnesses, also known as block producers. We have top witnesses, who are ranked top 20. And we have backup witnesses, all witnesses at rank 21 and below. These ranks are determined by the DPOS algorithm based on stakeholder votes. It is in the best interest of stakeholders to keep their votes updated to those witnesses that they may deem serve best for their investment and Hive blockchain overall.

Unlike the votes we see in political systems and governments, voting for witness is not based on a specific date and time. These votes can be cast, changed, or removed any time. Vote of confidence in witnesses by a stakeholder is not forever. Stakeholders may change their votes whenever they find fit. This kinda of system creates a good kind of competition. A competition to earn the trust and confidence by stakeholders. This kind of competition creates more robust and decentralized environment. Participation is needed.

Currently, witness voting participation is not at its best. It can be better. If you look at the list of top 100 witnesses at hiveblocks.com, you can see some disabled witnesses still receiving votes. Most of them are old votes, and account owners probably left and forgot about their stakes on Hive. Perhaps, in the future the vote decay will solve these kinds of situations.

Another aspect of witness voting is one or few highest stake holders having super high influence. For example, in the past it was widely know that one stakeholder - @freedom would decide who the top witnesses are. Freedom is still the highest stakeholder. They used to vote for witnesses via their proxy account @pumpkin. Freedom is a silent stakeholder, who usually minds their own business and delegates their stakes to others for a fee.

So, in the past freedom votes would push witnesses to top 20 or drop they out of top 20 and below. However, freedom decided not to participate in voting for witnesses anymore. In April, 23, 2020 freedom removed the pumpkin from proxy and hasn't voted for any witnesses since then.

If they choose to become active in voting again, it is their right to do so. It seems to me they find more value in not participating by letting rest of the community to decide the ranking of the witnesses.

Participation on governance is not just limited to voting for witnesses. Participation can be in sharing ideas, giving feedback, networking, and engaging with the community in decisions to serve best for Hive and its future. We all are owners. We all are stakeholders, regardless of the size of our stakes.

Campaigning for witnesses that we like and believe bring value to our blockchain, economy, and the community is one of the ways of participating. For this reason, I started a campaign to tell and remind stakeholder of what an awesome job @leofinance has been doing and how it is in our best interest to have witnesses like this represent us among top 20 ranks.

You can read more on the initial campaign post here:

Since then Leofiance moved from position 28 to 26. With a community effort I believe it can even more higher and potentially to top 20. If you believe Leofinance deserves to be in top 20, cast your votes, share your thoughts about them to other stakeholder, witnesses, etc.

The strength of our blockchain and community is in its decentralization and participation makes it possible. Please participate in this effort if you find it to be interesting and beneficial.

I will leave you with a quote from Satoshi on the topic of decentralization:

A lot of people automatically dismiss e-currency as a lost cause because of all the companies that failed since the 1990's. I hope it's obvious it was only the centrally controlled nature of those systems that doomed them. I think this is the first time we're trying a decentralized, non-trust-based system.

I"ve been voting for them for a while. I like that they are bringing attention to Hive and they are building with enthusiasm.

So many of the top witnesses are only active off chain, if we had strong community participation in voting, I think we would see more activity and reports from the other witnesses. Right now it definitely looks like a small decentralized group who are so sure of their positions there is little need to report on recent activities.

It seems like some see value in those off chain activities and participation in not so secret chat rooms. :)

I agree, Leo is bringing attention to Hive, which helps a lot with onboarding of new participants and retention of current participants.

Right now it definitely looks like a small decentralized group who are so sure of their positions there is little need to report on recent activities.

You mean centralised, right? Because this is what Hive really is. A few witnesses control everything. This is not decentralisation, but the exact opposite. Centralisation.

If there would be no "small group" (nor any group), then it would be a real decentralisation.

If there is a group, then there is centralisation. Around that group.

If you want something to last a decade build a company.

I am still waiting for someone to build the latter.

First year is almost over. 999 more years of Hive.

Decentralization allows us to replace authority with autonomy, we are all equal and decision making is for the benefit of the general consensus, that is why I support decentralization.

It took me a little while to start voting, I'll admit, but I agree that it is super important for active community members to cast their available votes. I definitely have @leofinance on my list... and others are dispersed among the different tribes I'm a part of and the initiatives I believe in. This participation is the whole point of the decentralized governance system. Thanks so much for making this point, geekgirl. You seem to have a persuasive style about you. ;)

Thank you David. I am glad you could see something interesting in the post. I usually write in boring category.

Not boring at all! I just went and checked your feed and I will repeat: definitely not boring. Quite the opposite, actually, I love that you like to attempt more technical deep dives. You keep doing what you're doing... I'm now a follower and I'll go back and read some of your past stuff soon.

I just looked at my cubdefi balance and decided that was easily worth a vote for @leofinance 's witness :-)

That's great. Thank you. I think you made a mistake though. I think you already were voting for leofinance. When you thought you were voting, you actually unvoted. :) Could you try again?

I think you did a great job in campaigning the leofinace day(s) ago. They went up right away in the top witness.

By the way, maybe it's a wise decision that freedom didn't participate in the voting. But whether he likes it or not. It's up to him and me as a content creator only, not a noticeable stakeholder. I'm thankful to those people who have big stakes in hive.

Of course, it will never happen what happened to steemit. Hive is different for sure.

They have had my vote for a long time. It's was refreshing to see a team with business savvy to add to the devs that we have already. It is an aspect that has always been sorely missing and we can see the effects of building use case with a plan.

That is why i would like to see their voice added to the direction that we are taking as a community.

Very nice post. I really think a lot of people underestimate the ease of just proxying their vote. I think it is important to remind people that option is available. I know there are some who are going to want to do their research and individually vote for the witnesses that they think will do the best job. Many others just don't have the time or don't care. It would be awesome to see them at least proxy their vote to someone versus letting those votes just go to waste. The steem.leo proxy is a great option.

You are absolutely right, proxying tool is something we forget. Choosing a right proxy is also a participation and it helps in further distribution of influence and decentralization.

The graphic for this post is sooooo freaking sexy 🤤

I borrowed the image from hive assets share on Hive discord. I couldn't figure out the Hive username of the person who shared it, that's why I couldn't give proper credits.

I’ll have to check that resource. I am a member, but didn’t know about that.

I always say this is a platform that offers you ownership and respect. That meaning ownership of your keys and the platform respects your vote for witnesses, post, and proposals.

The strength of that is directly tied to the level of decentralization of the blockchain. If the project isn’t decentralized your vote is trash and you have some keys but you can still be removed from the platform... you know?

But yeah this is an underrated part of hive

Congratulations @geekgirl! You have completed the following achievement on the Hive blockchain and have been rewarded with new badge(s) :