So Whos Earning LEO? Weekly summary of the LEO Earnings (and some Awards!)

Hi All, love me some good data and stumbled onto some. However just like any data I may have got something wrong so if I have please reach out and correct me. Below I have collected the LEO tribe earning data for the last week.

Also, I am going to keep this first one light because I really want some feedback from all of you. Please let me know what you like, what is boring and what else you might like to see. For those who want to get straight to the good stuff skip down a little bit and we get to the hard data.

However when I ran this for POB the feedback was it can be a little dry, so with that in mind before we get into the data let's welcome to the LEO Earning Awards!

Now a bit like the Dundies in The Office these awards are meant as a bit of fun and mean nothing, however, I will be handing out some prizes! Also if you have any other suggestions for awards please let me know, you might even win a prize. Now I am going to tag the winners, I don't really know equities for LEO yet so if it's poor form let me know.

Ok the first award is the Consitantor award for most consistent earnings across the week. This Lion not only managed to earn every day of the week, the only varied by 4.41% (I had to remove wleo.pool for being to consistent)! Congratulations @pervitin you won 0.419 LEO, 10% of your average earnings! 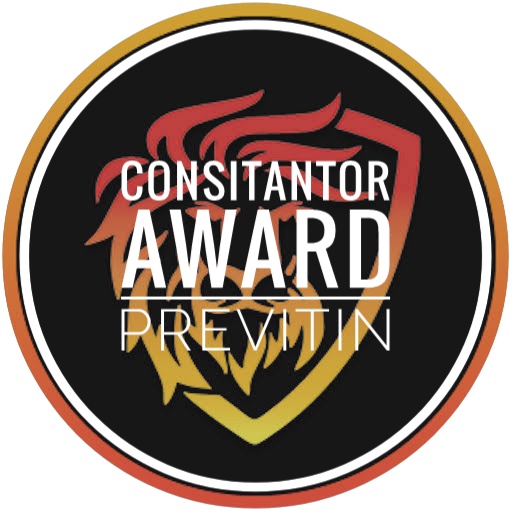 Ok the second award is the Roar from Nowhere award for someone who earned every day but had the biggest swing in earnings! This Lion not only managed to earn every day of the week, they varied by 165. Fold , managing to jump from a low of 0.01 up to 4.84! Congratulations @alnash
you won 0.70 LEO, the median of your weekly earnings! Ok the third award is a bit awkward, the Absent Lion award for someone who earned only on one day but earned nothing for the rest of the week, with the winner decided by the highest earner! This Lion managed to earn 19.092 LEO ! Congratulations @penderis you won 0.05 LEO, that your daily earning for the whole year assuming you never post again! 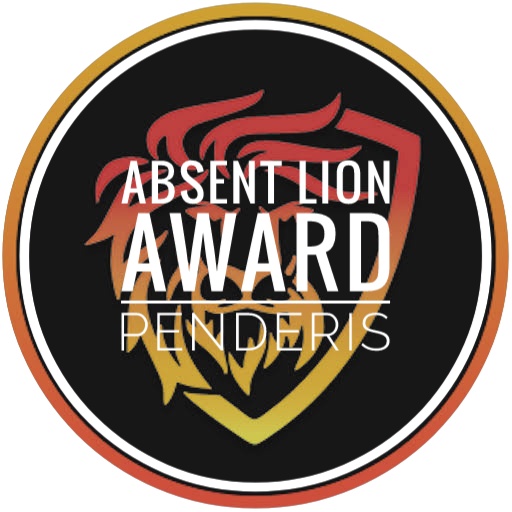 Ok the fourth award needs no introduction, but I will anyway, the Average Cub award for being middle of the earning pack for the week! This Cub managed to earn a perfectly average 6.336
LEO! Congratulations @driedfruit
you won 0.5 LEO, because the number felt right! Ok the last award I debated about and please don't take it as a slight, we all love collecting a little dust (looking at you palnet). This award does to the dustiest Lion who earnt every day but also earnt the least. This Lion managed to earn a perfectly low 0.016 LEO ! Congratulations @amigareaction
you won 0.16 LEO, your earning have increased 10 fold! 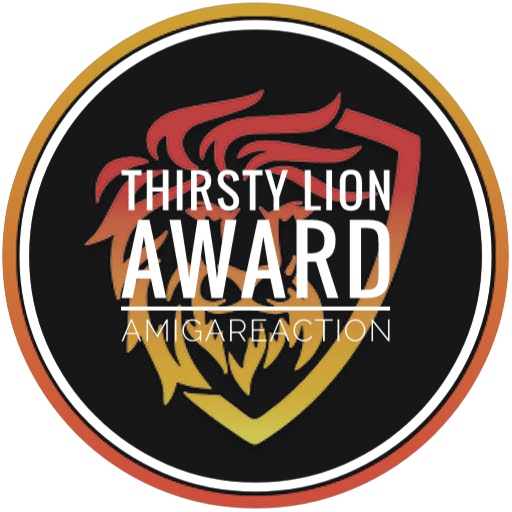 Ok hope you all enjoyed these awards in the fun spirit they are meant to be enjoyed in! LEO will be sent out to the "winners" shortly!

Ok on to the data! Now I only play around with Leo I don't post that often so its had to have a gut feel for good data. Please let me know If I have got something wrong.

Now originally I had a dream to graph everyone's name which would have been really fun but as you can see below it gets crowded! So unfortunately I have had to concentrate on the top 20 and 30s so the data can be seen cleanly and visually.

However, In the interest of following my own Karama model, I have dumped the full data set at the bottom of this blog so you can:
a) Look up yourself
b) Maybe do something better than I have with it Ok let's look at the earnings over the week for the top 20. I'll go into more details in later blogs but I think some top big well-known names pop out but also some names that a new to me at least. I also head to remove Leo.bounties & wleo.pool for being to big name messing up my data. 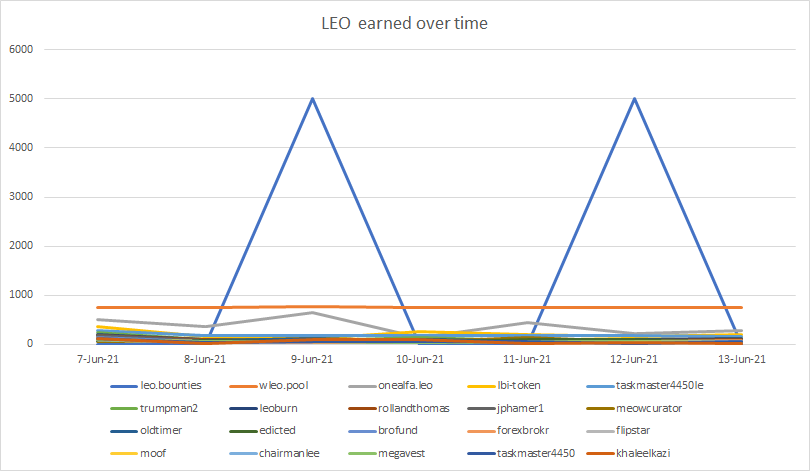 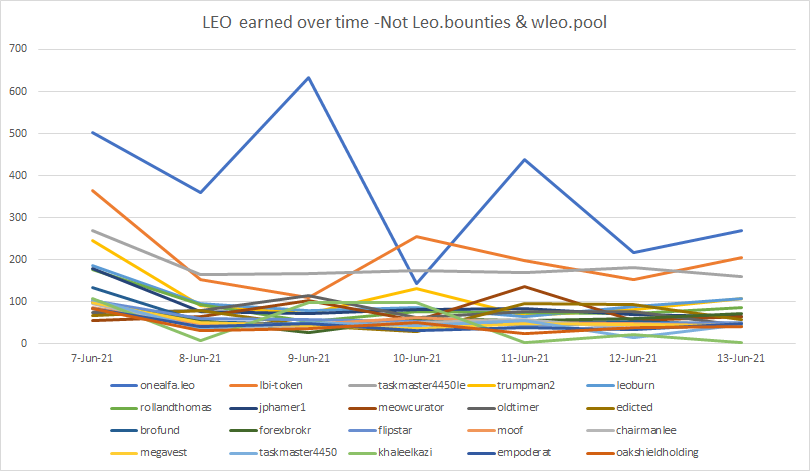 Top Leo Earning for the Week

Ok and as hinted at by the last graph here are the top earners for the week. Again some big well-known names jump out but also some people I was not aware of.

Unique Users Earning for the Week

Next up how many unique users are getting paid, I would have thought of more but what do I know :) LEO Paid for the Week 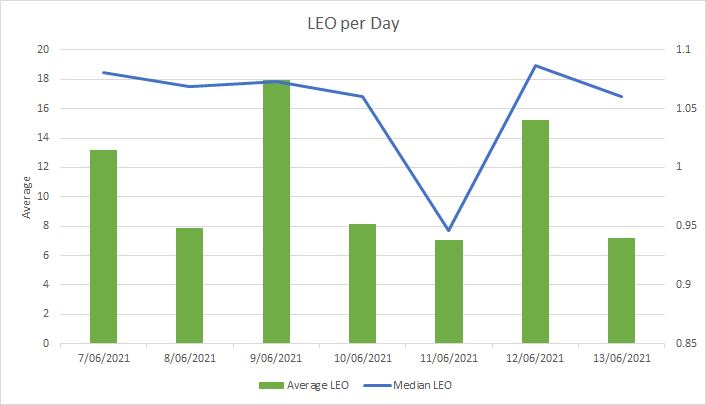 Is nice statistics you write here.. I find my username also

Thank you for this informations @failingforwards

So glad you liked it!!

@failingforwards! This post has been manually curated by the $PIZZA Token team!

Upvoted by @hodlcomlunity and our trail.

Follow us and help us grow curation on leofinance.io.

This is great, nice chart 📉, this is a cool report, who know I will fall in someday.

Glad you liked it!

Yes I did thank you.