There is "Buy the Dip". But you should also "Buy the Drips!" 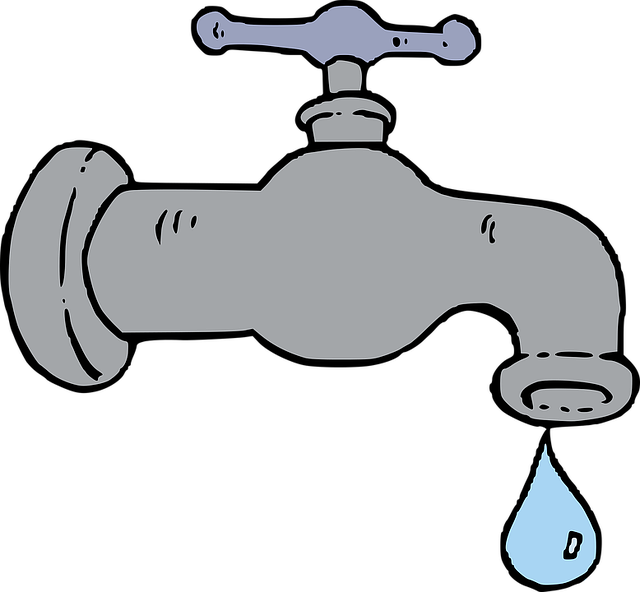 Source
We've all heard the phrase "Buy the Dip". It's pretty much the rallying cry for the entire crypto community, especially Bitcoin. And, it's true. As bitcoin reaches towards new highs once again, you can correctly say that if you had "bought" any or every single dip bitcoin has had, you would be swimming in gains.

We've also all heard about the fact that there is bitcoin, the only real cryptocurrency according to the maximalists, and there are "shitcoins", everything else. Obviously I don't believe that's true or why would I posting on LeoFinance, but there you have it.

However, what nobody has really talked about yet are what I'm calling "dripcoins". These are the coins/tokens you can acquire that continuously "drip" small amounts of other coins/tokens into your account simply by holding or staking them. And Hive is full of them. I'm sure I can't list them all but I'll give you some examples.

First, there are the "miners". LEOM & LEOMM, EDSM, CTPM & CTPSB, LENM, ARCHONM, VIBESM, WEEDM, STEMM, and the list goes on. These tokens will drip their underlying tokens into your account while you sleep, while you play, while you work, basically 24 hours a day. All you have to do is own them. The more you own, the more you will get. Very simple.

Then there are the regular coins that just pay out for owning them outright. No miners required. BRO is a great example. Last I checked, it was "dripping" at least 11 different coins into my account every day simply because I own some. I don't own a lot and I'm not getting a lot. But I'm getting something, as I said, every day and they do eventually add up. And again, I'm not doing anything. I can go on vacation for a month and BRO will keep paying out.

Another one is DHEDGE. At last count I saw TWENTY-TWO different drips hitting my account from owning DHEDGE! Crazy! Again, they are tiny amounts in most cases but, eventually they start to add up and if you acquire more DHEDGE, you get more drips.

ARCHON also has drips. As do the HIVE trio of LIST, COMMERCE, and HUSTLERS. All pay out multiple drips for owning/staking their coins.

And finally, there's delegating. There is absolutely no way one single person can any longer keep track of all the different communities being built on Hive. There are just too many. But as you continue to gather more of these coins from different communities there are plenty of people/accounts willing to pay you for delegating them your coins. BRO is also a good example of this. They will take your delegations at @brofi and drip BRO coins to you for their use. Again, it's not a lot but also, again, it's something. And you're not doing anything with them anyway so...why not get a little something for nothing?

So, why am I bringing up these dripcoins? Because LEO was 3 cents a while back and you could have bought as much as you wanted. We are still so incredibly early in the world of crypto. Hive just turned one year old. In that year development has built to an unbelievable level and it continues to accelerate. More people are coming into the space daily and new blood, new ideas, and new money keep showing up to take advantage of this platform. Leo and Cub are proving to be major winners already and they're just getting started. I feel very confident in saying THERE WILL BE MORE. I don't know enough to say which ones yet. I'm sure many of you have your favorites. But right now we all have an opportunity to get in for next to nothing on most of them. Do yourself a favor and figure out a way to get some of these dripcoins while they're cheap. $30 could have bought you 1000 Leo which now be worth over $1000. Which one(s) will be next?
Buy the dripcoins.

Do you already own some dripcoins? Which ones are your favorite? Did I miss any? Let me know....

Thanks for reading. As always, if you liked the content, please consider a comment and upvote. I will happily reciprocate.

Of course, this in not financial advice and I'm not a financial advisor. Cryptocurrencies can and do go up and down and you can lose all your money.

That's basically what it is, without any real downside risk at all. You do have to acquire a few of these coins. But they're not too bad price-wise. Some of the miners cost a little bit but it's not like you have to buy 100 of them. Or 1000. Even just buying 5-10 can pay you decent dividends. And, like I said in the article, if any of the underlying tokens end up becoming anything like Leo or Cub, you could have a major winner on your hands that you basically got for free. Hard to beat that.

These drip coins are very nice long term holds. I got a decent dhedge stake and am starting to really see the drips come in. Not only has the token itself gone up... but the drips are adding up. It's great.

Perfect testimonial. :-) I'm the same way. I've got a few dhedge, bro, and a couple miners. I get like 50 drips a day from them. Most of it is very small but....what will that add up to in 1 years, 5 years, 10 years? If any of them turn into full blown, stand on your own, crypto communities (which they could), then I might be acquiring major winners for free. If they never amount to anything, I didn't pay for them anyway. Seems like a no-brainer to me to own a few of these at least.

I like DHEDGE, INDEX and ARCHON since they drip a little bit everyday. I think BRO is also nice and I am slowly increasing my position through BroFi.

I think the drips works best with the HiveTasks since you can stake the ones you want in an easy manner and leave the ones you don't care about.

I didn't really consider miners as drips but after reading your post, I agree that they are.

INDEX is the one I'm still missing. I've got some of the other three. Miners are pretty expensive but they also drip much bigger dividends as well. You don't have to buy too many to actually get a decent amount coming in. These all seem like "must-owns" to me. If we were 10 years into Hive and the crypto space was more mature, then I'd say you need to pick and choose more carefully. But at this point, we are still so very early in Hive and crypto as a whole, there's just no way of knowing which ones will succeed and which won't. So, since they are so cheap right now, it just seems wise to at least get a couple of them in your account so you can acquire some of these drips "for free". You really never know what they might turn into....

I think I invested into INDEX because it is run by the people in CTP and its been great so far. They drip less tokens but they are a bit bigger compared to DHEDGE and ARCHON. I have been focusing more on LBI as I want 100 before the hard-cap happens. If LEO ever pops to $5 or higher, that LBI will be generating quite a bit of returns.

I forgot to include UTOPIS as a drip token I like. The juicy dividends from that has been amazing.

Yeah, I'm really looking forward to LBI starting to pay out. I went pretty heavy into that. I also have UTOPIS and love the Hive I get there. Totally agree with the LBI focus right now. It looks like we'll have a few weeks to get more but the end is coming I think.