d-zero in LeoFinance • 2 months ago

I've been sick. I'm better now. I checked in to see some cool news from Rising Star, @manclar & JUX! Now I've got extra energy refill everyday! It was all a reward for being part of community. Now I the ability to play even more Rising Star when I have time. 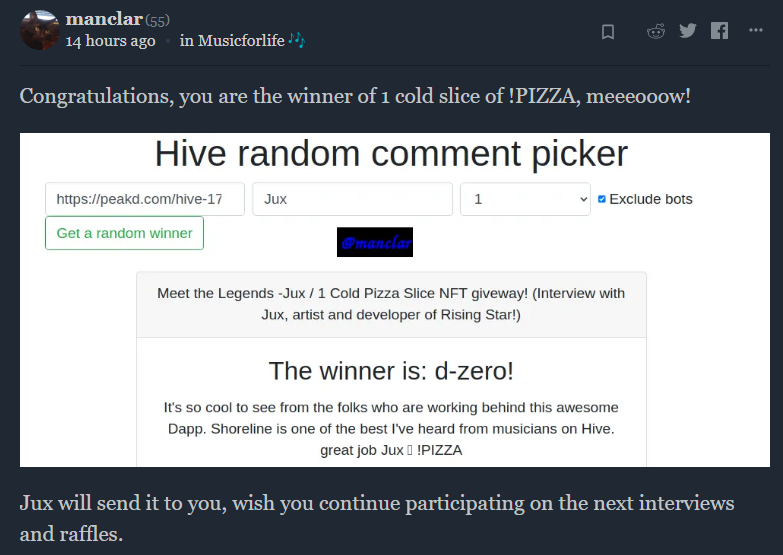 Rising Star devs did a great job with the price of Starpro by releasing Festival Tour. Price spiked and It was huuuggge! I was waiting this long to play the tour expecting prices to drop.

I had to pay a lot barbecue I didn't plan ahead and bought tokens before demand kicked in. This is an valuable investment lesson. You should all keep it in mind. I could easily be saving over 70% of what I paid if I had acted fast enough.

But I did at least managed to participate :)

Make Sure To Deposit

Without doing this to your Hive-Engine Starpro, they are not usable in the game. You must take this extra step to make it work. 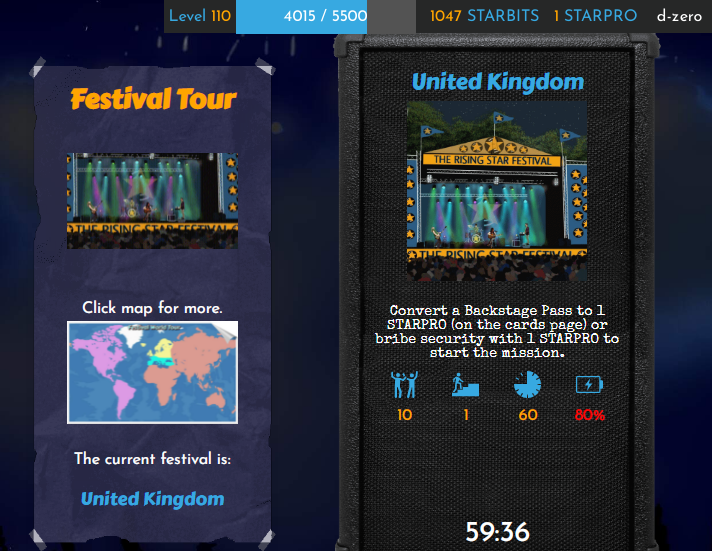 Soon I'll be moving for the next mission too. I'm impressed by what has improved about the game. Rising Star is so much better than many of the blockchain games I get ads for. If we could get a slick UI - we'd get something to put most idle resource management type games to shame. Link to game here.

@d-zero! I sent you a slice of $PIZZA on behalf of @globetrottergcc.

@globetrottergcc! I sent you a slice of $PIZZA on behalf of @d-zero.

Hey @d-zero, here is a little bit of BEER from @globetrottergcc for you. Enjoy it!

@d-zero! I sent you a slice of $PIZZA on behalf of @risingstargame.

Hey @d-zero, here is a little bit of BEER from @risingstargame for you. Enjoy it!

@d-zero! This post has been manually curated by the $PIZZA Token team!