Land Yield Is Boring Until You Realize Entry Price 💸🚀🌟

d-zero in LeoFinance • 3 months ago

Lessons don't have to be painful 😄 I learn more from positive experiences. It's not fun to keep thinking of all the bad stuff that happen. I don't want that kind of negativity. I do my post-mortem and move on. Those shocks do help carve those lessons well into mind. But it's no an ever present force.

Good stuff on the other hand is thought about more frequently. Every time I use Hive I come across so many financial decisions I made that turned out really amazing. 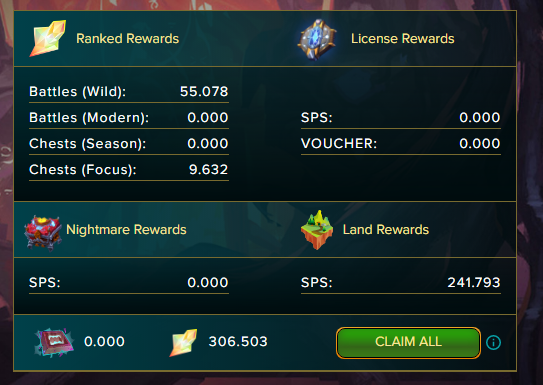 That's not much. I'm getting few SPS per each Land Plot in the account. They've been sitting like this for a long time. All I've got is some Totem airdrops. But these bits of SPS are nice.

I thought it'll be worth it. These were early days of presales. Even whales had hard time getting some Land. I manage to get few after lots of trouble. It's not like I had a massive portfolio. I didn't have much cash flow either.

This is all post crash price! It used to be 4X. Even now I'm 10X because of DEC discounts. Basically DEC was trading waaay below $0.001. Few folks including me bought while price crashed. Some might have taken the bull market to $0.016. Some just used all that to buy NFTs at discount. See SPS there? It's on bottom. On https://www.coingecko.com/en/categories/gaming it's in middle of list. Here's the prices on top:

That's a long way to go. Do you even recognize these names? I know few. Some are blockchains like WAX. Other are like Axie that had huuuge drops in player counts. Most don't even have good gameplay.

Alien Worlds had tiny marketcap compared to users. It's only $64,778,222. Bigger than SPS. TLM, WAX & other blockchains/sidechains are the only ones I feel fine ranking above SPS.

Markets are valuing things wrong. We'll see a day where SPS get value it deserve. All we need to do is survive & expand. There's enough of a treasure chest for that. Resent preseales should have made a LOT $$$ for building more cool stuff. I won't be surprised with 100X TBH. 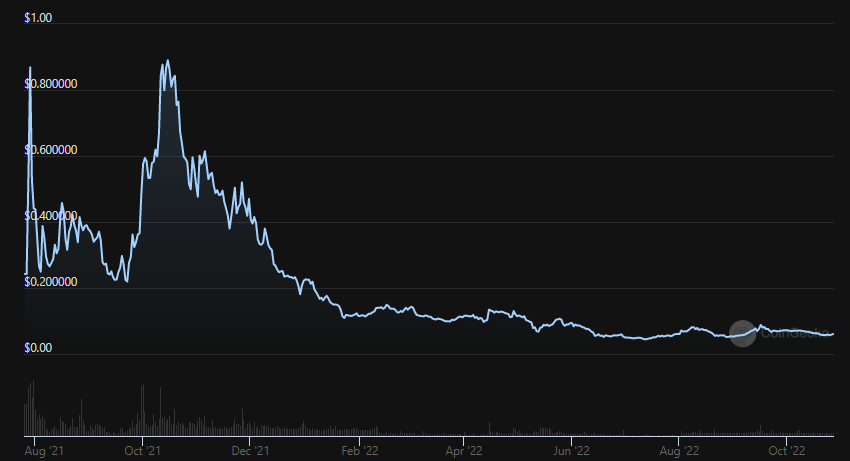 It's Because I Was Early

It makes sense to invest in Splinterlands NFT or crypto now. It's massive in user base. I went in when there were 1000s of players. I made big purchases. They might be small for you. But it was big for me. Player count is 50X from those times. Investment in 10X. This isn't even peak for Splinterlands.

This is a lesson that keep coming to me whenever I see that SPS claim. It was a good move. I'll be trying to make more of the same in future ✌️✌✌

Submit
0.00 STEM
150 votes
Reply 4
Sort:
[-]
poshtoken  3 months ago
The rewards earned on this comment will go directly to the people( @no-advice ) sharing the post on Twitter as long as they are registered with @poshtoken. Sign up at https://hiveposh.com.
100%
-100%

That's the key takeaway, right? If you have the vision to imagine the possibilities in the future, you can do great things. We're still early with #splinterlands and I think we're only just beginning to realize the growth potential of this amazing game.

I'm adding to my SPS bags as well, and have even started again with SPT, as I believe that any asset tied to the game has a bright future, and I can see it from here.

I've been using #spt tag since..... forever. So I've got some staked. Didn't sell any of my earnings. But I haven't bought any either. I think 1 SPT = 1 DEC will be a thing. Haven't followed prices closely though. !PIZZA 🍕