Can We Now Predict The Moves Of Crypto? 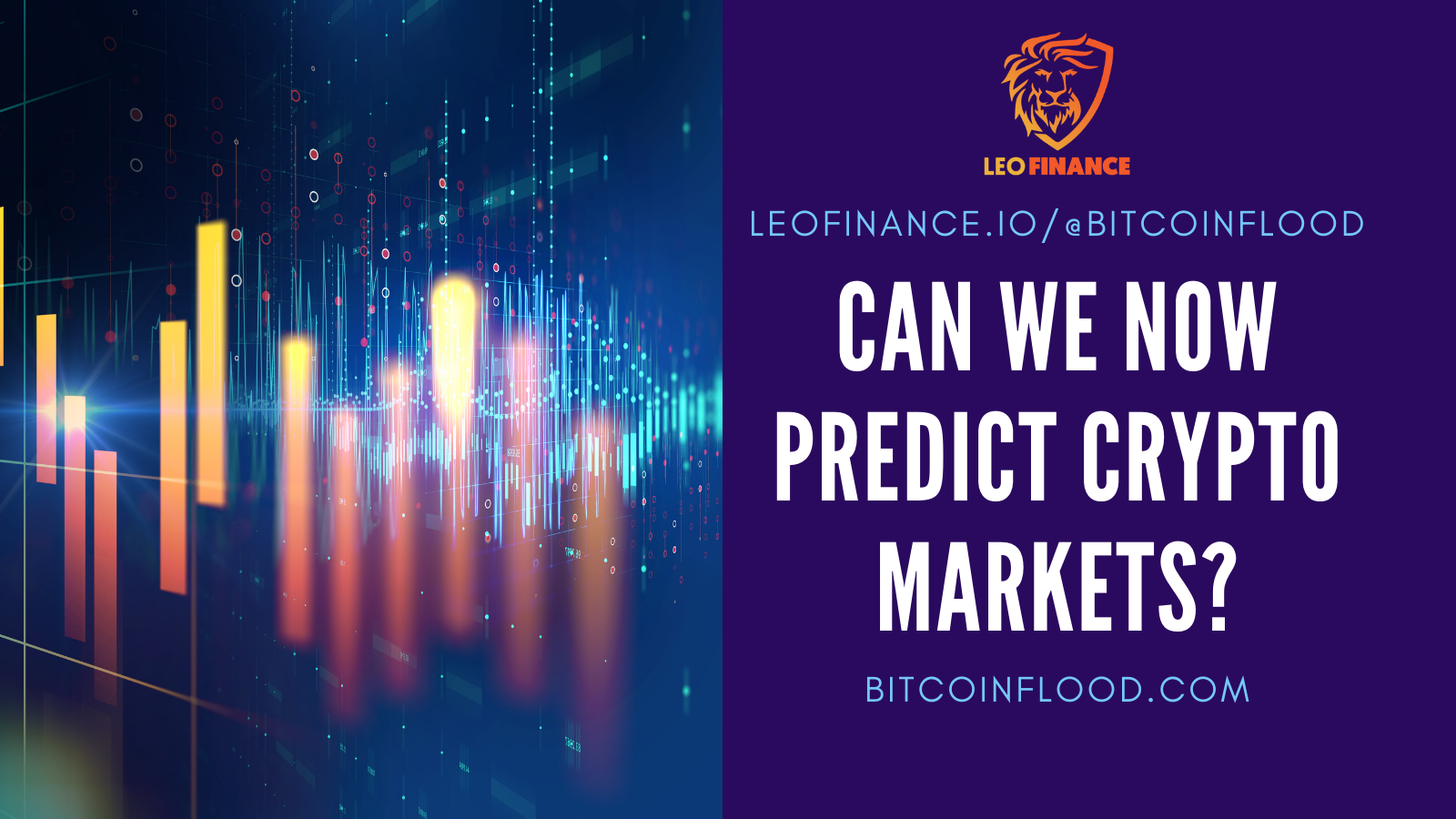 I'd have to say I've gotten pretty good at figuring out the markets by removing a lot of my emotions from it and stepping back and watching everyone else. Of course never 100% and often times missed by a week and a small rally I was expecting a hard sell off due to the crazy nature people were starting to get into again.

When nothing is fueling the markets besides hype and get rich quick couple that with tons of exit scams and legit shit coins that just copy others to make a quick buck all of these things set off alarm bells in my head and started soon after the SNL episode with Elon. I was expecting a hard sell off that weekend after SNL and while we had a small one on some coins in general the markets did ok.

I also expected around a 2.5 Trillion market cap before we would see the next sell off and honestly didn't feel like we where in a bull run anymore or even an altcoin season. It felt like a lot of fluff with major underlying issues of huge fees and slow chains.

We now here news of other blockchains being faster and "better" than Ethereum. While sure I bet they are faster and lower fees that's a super small fraction of the picture. I firmly believe you need to have some type of fee to reduce inflation otherwise you are just constantly printing and printing and we all know how the buy value of our FIAT money dies out over time. I feel this is the same thing Hive and some other chains have with just printing and no burn. Anyways that's not really the point of this blog post today. Instead I wanted to go over another interesting aspect of the crypto market and how we possibly can start to even better predict what directions the markets will go.

As bitcoin and crypto in general start to become part of the stock market, ETFs etc it starts to play into the values that these markets have. Those markets are slow only trade M-F for a set number of hours and not on holidays. What we can see now are lag effects as those markets move it takes crypto a while to feel the reproduction's of those moves and as soon we can almost predict the next move of the markets in the span of a 1-2 week period of time.

What we are seeing that really ties this together is the increase in demand for stablecoins. While Tether for a while use to be the prime we now have various others such as TUSD, PAX, USDC, BUSD and so on. Heck even HIVE is trying to come up with a stable coin in some unique crazy way (don't reinvent the wheel boys/girls. Just make it stable like everyone else does)

These stable coins are starting to account for a rather large sum of the crypto market cap now and we see them as being areas in which people can quickly pull back to. It's almost like a punch in the face and a drag to crypto in reality. Now instead you can buy a stable coin at pretty dang close to 1:1 ratio with a small fee, use that to buy into a cryptocurrency and then pull back out at any point quickly to a stable coin again. You could almost look at this method as being a new pump and dump on a faster more lucrative scale.

But that's not all. Tether again is showing it's teeth and it's not pretty in my opinion. Tether has had so much news around them in terms of how it was launched, how it's managed and now we got a snap shot of what assets that token is actually in. A majority of those assets are within the credit market and really uncertain as to the investments security or how high of a risk they are. In reality a stablecoin that's being traded on the back end for possibly high risk loans etc.

These invested could range from bongs, junk bonds, debts to be repaid such as mortgage or businesses asking for funds. Well this seems to be where at least a decent amount of Tether is held right now and gives it it's value. With that being said you can almost watch credit markets because so much is traded with stable coins and see how the markets are going to react based on how these "credit markets" are currently performing.

The Future For Crypto & Stable Coins

While there's not enough data as of yet to back all of this up it seems to be playing out true so far and makes sense as increasing demand and buy pressure is hitting stable coins. It does seem stable coins are a huge push moving forward. As such it's going to allow for a lot more liquidity into cryptocurrency to be flooded between blockchain and FIAT almost blurring the two which as some point will mean in the future that real use cases, fast chains etc for each blockchain will become increasingly important. I'd keep my eyes on Ethereum over the next year or two with these changes we are seeing.

Can We Now Predict The Moves Of Crypto?

I believe that there are 2 absolutely unpredictable things in this world:

Although, it's easier with women.

This is a joke, but in every joke there is only a grain of a joke.

Yay! 🤗
Your content has been boosted with Ecency Points, by @bitcoinflood.
Use Ecency daily to boost your growth on platform!

what are these ecency points I am seeing? Did I miss the memo?

You earn Ecency points for different activities that helps you to boost your growth. Try Ecency.com, Ecency Android, iOS apps or Ecency desktop apps and you will quickly know how it works. If any questions, let us know.